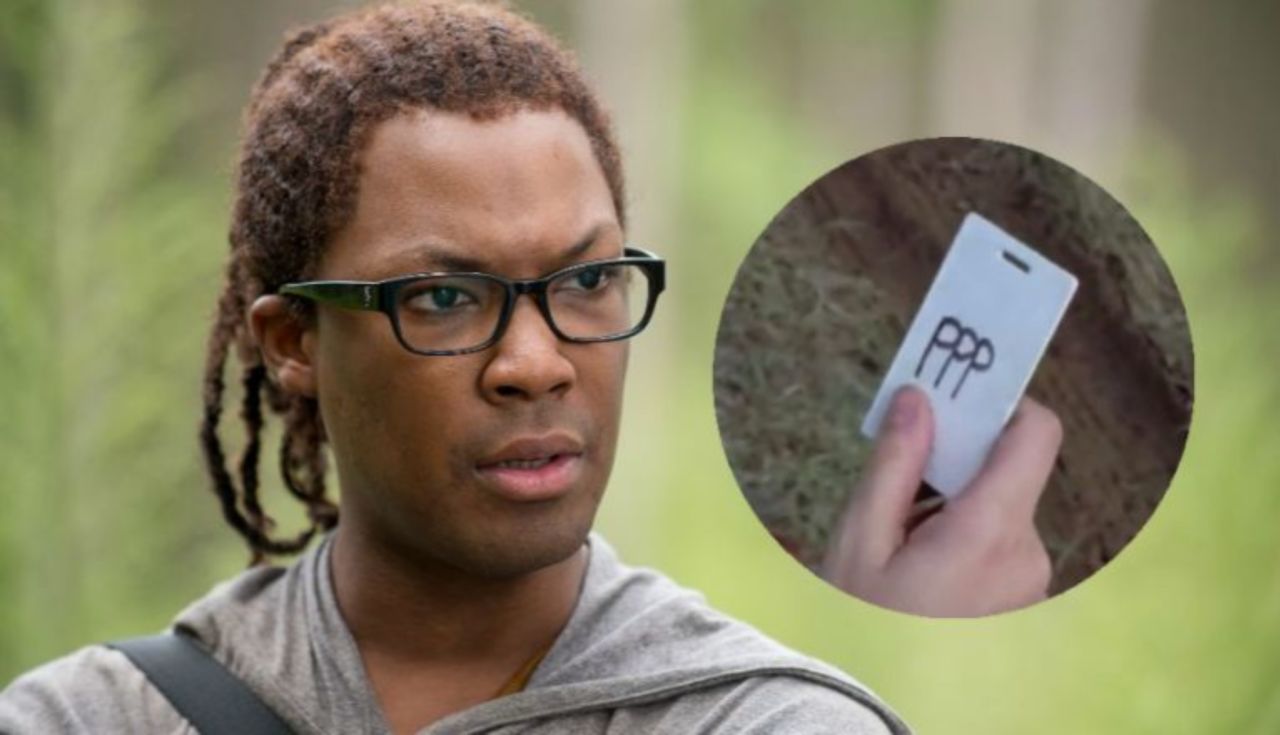 The Walking Dead typically ties up loose ends. The senior center folks from the Vatos episode had their fates revealed in a deleted scene. Morales disappeared after Season 1 only to return briefly in Season 8 to be killed off. On mystery remains, though: Where is Heath and what did the “PPP” keycard he left behind mean? It seemed like that latter half of this mystery might go unresolved as Tara was the only character to see the “PPP” symbol and she has since been killed off without sharing the information. Now, though, The Walking Dead chief content officer Scott Gimple is promising an intention to reveal what the “PPP” keycard means, along with bringing Corey Hawkins back into his role as Heath since introducing those mysteries in the Season 7 episode, Swear.

“Oh, wow. That’s a deep cut,” Gimple said when prompted with a question on the subject by Insider‘s Kirsten Acuna. “I hope we do, too. I know what it means. For all I know, by the time we get to it, I might have to make it mean something else than I had originally intended. God knows I’m determined to work with Corey again. Another definitive, yet hopeful, you will.”

There seem to be a lot of moving parts in regards to the future of The Walking Dead franchise as a whole, like the hope to bring Kim Dickens back into her role as Madison on Fear the Walking Dead or elsewhere. As the number of things Gimple hopes to pull off grows, Heath’s return with an explanation of the mysterious keycard joins the ranks. “It’s on my list,” he says. “Let me put it that way.”

As the The Walking Dead nears its end, The Walking Dead: World Beyond is ready to close out after one more season, and Fear the Walking Dead charges through its sixth season and likely into a seventh, AMC’s zombie franchise is nearing a pivotal moment.

“We have the Carol/Daryl show, which in some ways is the centerpiece of what’s moving forward,” Gimple told ComicBook.com. “Tales on the other hand is completely different. There isn’t even a regular cast to that show. I think there’s gonna be a mix of old favorites in various ways, whether they be specials, whether they be mini-series, whether they be on Tales, and then things like Carol and Daryl, and rolled out in a way that we’re not over-saturating people with it, but letting people have a steady flow of The Walking Dead in their lives. That’s our goal. We want that to be both very different and then some of those familiar faces. There’s reinvention of the existing. And then there’s the new stuff.” You can read our full interview here!

The Walking Dead: World Beyond will go into production for its second and final season in early 2021. Fear the Walking Dead will return for the back half of its sixth season following The Walking Dead Season 10C, which begins airing its 6 new episodes in February.