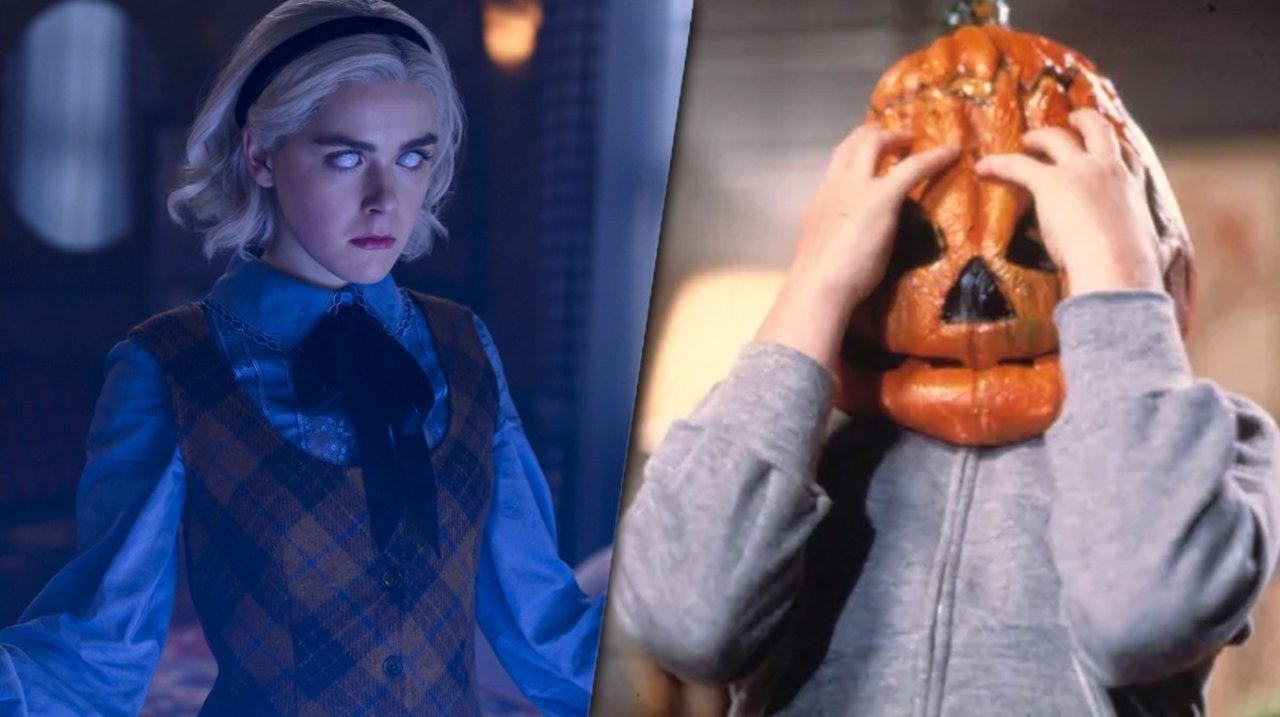 Over the course of its run, Chilling Adventures of Sabrina has paid respects to all corners of the horror genre in both obvious and subtle ways, due in large part to the inherent horror elements of the show itself. Whether it be through horrifying tonal influences from famous films or even directly incorporating horror movies into their narratives, Sabrina has honored a number of different properties, with the final episode of the series finding a subtle way to deliver a tribute to Halloween III: Season of the Witch. While it’s possible that many viewers will miss the nod, die-hard Halloween III fans will surely appreciate the reference.

With the final episode of the series taking place on Halloween, one scene sees Sabrina handing out candy to trick-or-treaters. At one point, a trio of kids arrives at the Spellman home, as they sport witch, skeleton, and jack-o’-lantern costumes. Surely, all of these outfits fit the tradition of the holiday, but this specific combination is too obvious a selection to merely be a coincidence.

In Halloween III, Conal Cochran uses his Silver Shamrock company to make masks that, when children wear while hearing a specific Halloween jingle, will have fatal effects on the wearer. The three masks that are offered by Silver Shamrock are a witch, a skull, and a jack-o’-lantern.

The costumes in the series aren’t the exact same masks from the film, but are instead stylized to fit the tone of Sabrina. Despite the series often drawing direct reference to famous pop-culture touchstones, it does cement itself as being in a reality that’s somewhat tangential to our own, so to feature screen-accurate costumes would possibly be a distraction to some audiences.

The Halloween franchise launched in 1978, featuring the masked Michael Myers stalking the suburban town of Haddonfield, Illinois. The debut film was a massive success, resulting in the studio pursuing a follow-up film, with original writers John Carpenter and Debra Hill reluctantly signing on for a sequel, if only to kill off their creation. The hope was that future installments in the series would explore other Halloween-themed threats, which is why Halloween III pivoted away from Michael Myers to focus on a new threat. Unfortunately, fans were so disappointed with this departure that the film was largely seen as a disappointment, with the next film then being Halloween 4: The Return of Michael Myers.

Despite its disappointing origins, Halloween III has earned a passionate following over the years, with even the 2018 Halloween incorporating trick-or-treaters sporting the screen-accurate costumes from Silver Shamrock.

Chilling Adventures of Sabrina Part 4 is now streaming on Netflix. Halloween Kills is slated to hit theaters on October 15, 2021.

Were you excited by this reference? Let us know in the comments below or contact Patrick Cavanaugh directly on Twitter to talk all things horror and Star Wars!