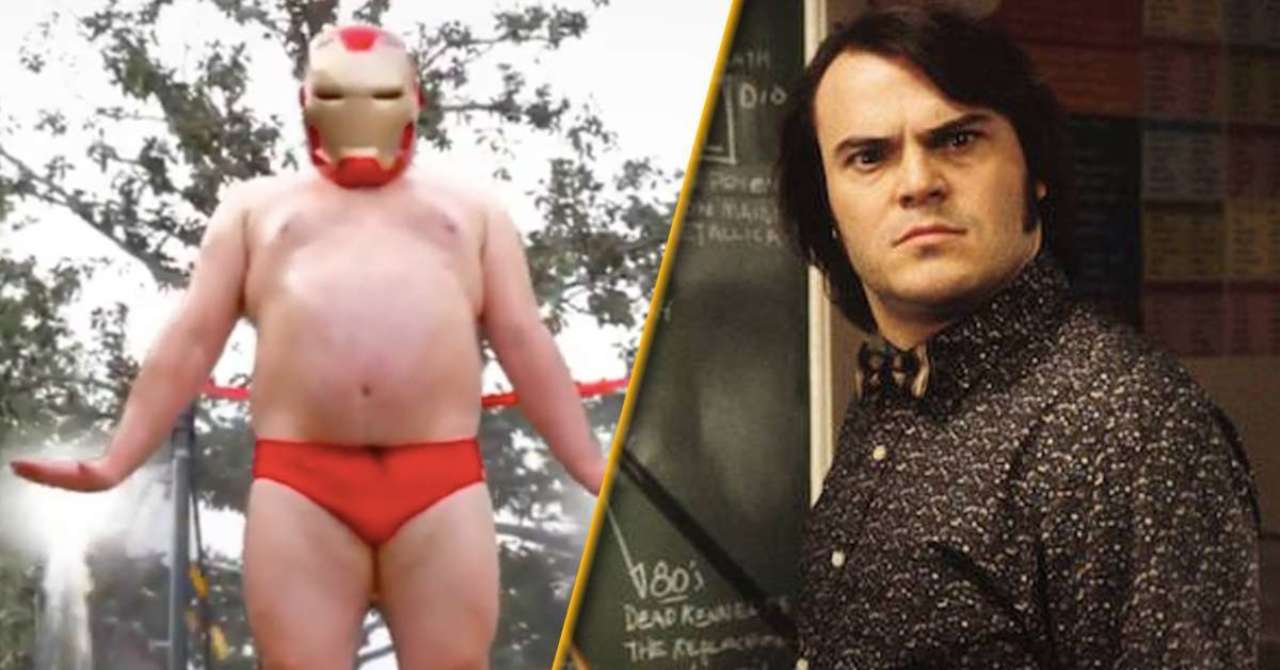 Jack Black is welcoming 2021 by dancing in an Iron Man helmet and a speedo. It’s been a strange year for everyone and the beloved star has been lifting everyone’s spirits on social media for a while now. 2020 saw the Nacho Libre star actually get a TikTok account and basically master the platform in a matter of weeks. He’s been dancing along to a ton of the different trends out there. Black could possibly ignite something this week with those moves he has on display. Knowing TikTok, this won’t even be the most out there post on the platform in about 4-5 hours. But, the comedian has also been streaming a ton this year. Going online with his son and playing a ton of user-requested games. People from all over have been packing in to see what his zany YouTube account churns out as well. So, 2020 was kind of a disaster, but here’s hoping that 2021 can be as fun as Jack Black makes it look here.

Late in 2019, a lot of fans were concerned that the funnyman would be stepping away from acting for good. Black told Balance about the idea of walking away and how he felt about retiring.

“Maybe one more movie,” the actor explained. “I’m kind of enjoying the idea of early retirement….I’ve been saying for a long time that this is the last movie. We’ll see. I can’t really say what my next thing is because it’s too early; it’s a jinxer. I’ve got a couple of tricks up my sleeve. But not too many. I’m looking to wrap it up pretty soon. Ride off into the sunset.”

“I spend too much time away from home. Maybe I’ll do a TV show here in town, so I can work the 9 to 5 and then get back home. We’ll see. I’m not a big five-year plan kind of guy though. I don’t really look down the road. I kind of take it day by day,” he added. “And if something comes up, you know, obviously if [Quentin] Tarantino comes a-knocking, I’m gonna do that movie! Tarantino likes to talk about doing his last movie too. He says there’s only one movie left. It might be Star Trek. It might be who the hell knows? Maybe I’m going to pull a Tarantino and say, ‘Guys. I’ve done 99 movies. I’m going to do one more. Gonna go out on top!’”

What are you looking forward to in 2021? Let us know down in the comments!