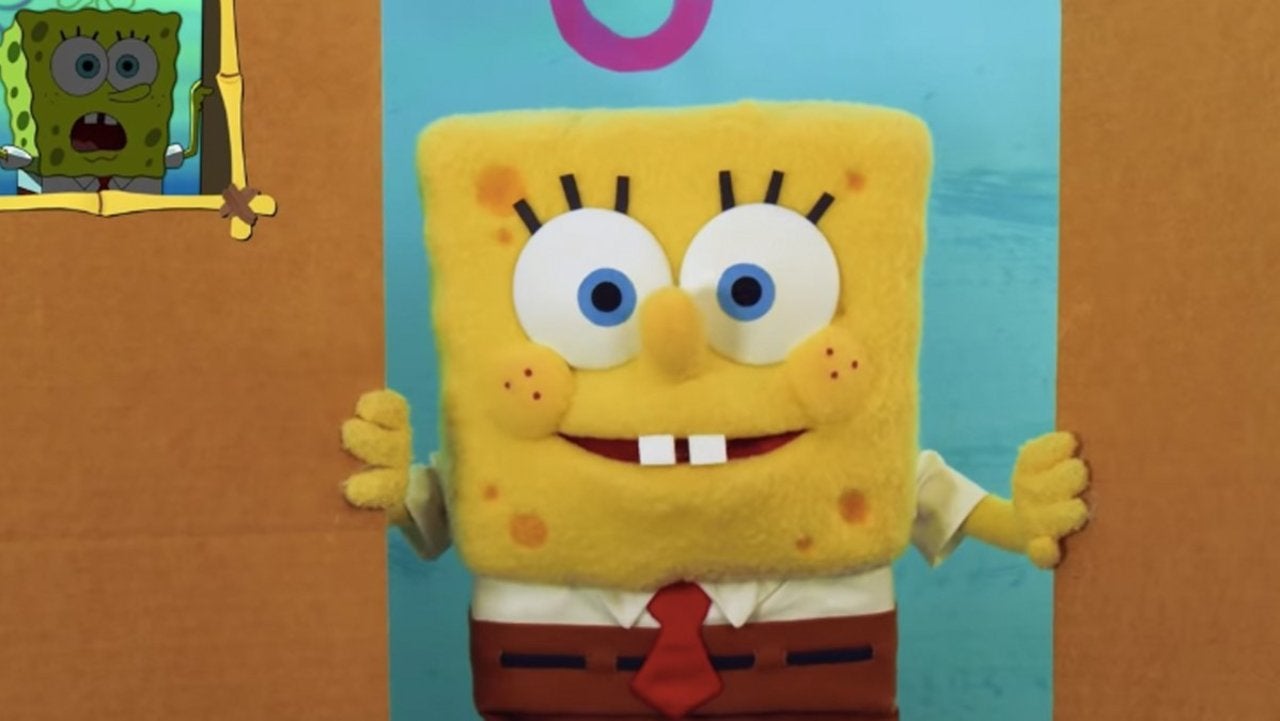 Nickelodeon is releasing a new SpongeBob SquarePants episode with puppets. The show’s official YouTube channel posted another entry in their Pineapple Playhouse effort. “Can You Spare a Dime” actually contains one of the commonly used memes from the show. Squidward ends up homeless after an argument with Mr. Krabs. Everyone’s favorite Sponge has to step up and try to help his neighbor. But, as is usually the case with the show, that effort to help all goes horribly wrong. The puppet work in the clip is really fantastic. A felted version of Squidward, Krabs, and Spongebob is not something you would usually consider when contemplating the show’s aesthetic. But, it really does fit, and it makes you wonder what this team could do with more time to adapt a bunch of popular episodes. For now, check out the SpongeBob clip up above to see how they did.

SpongeBob’s official account describes the video, “Squidward quits his job at the Krusty Krab after Mr. Krabs accuses him of stealing his very first dime. Luckily his neighbor SpongeBob is there to take care of him! (Though to some bossy results.) The Pineapple Playhouse presents ‘Can You Spare a Dime?’”

Tim Hill was all set to deliver The SpongeBob Movie: Sponge on the Run this year. But, the coronavirus pandemic put the breaks on all that. In a conversation with Looper, the filmmaker talked about the challenges that the project was facing from multiple angles. It’s been a strange year in show business for so many people. The Nicktoon’s latest movie would not be an exception to the rule in 2020.

“It’s terrible. I was hoping for a big fanfare and a great premiere and seeing all the people I worked with, and doing a cast and crew screening, being able to at least thank people, which never happened,” Hill explained. “It was just what we’re doing now, like, ‘Bye. Movie’s over.’ It didn’t feel natural, for sure.”

ViacomCBS issued this statement when the movie got pushed back.

“We are thrilled to have The Spongebob Movie: Sponge on the Run, a premier, first-run movie from one of ViacomCBS’ biggest brands, join CBS All Access’ expanding slate of franchise content from across ViacomCBS,” said Marc DeBevoise, chief digital officer at ViacomCBS and president and CEO of ViacomCBS Digital said earlier in the year. “This launch will be perfectly timed with our continued expansion and planned rebranding of the service in early 2021, as we welcome SpongeBob and the gang from Bikini Bottom to the service in the biggest way possible.”

Will you be tuning into the new episode of SpongeBob? Let us know down in the comments!