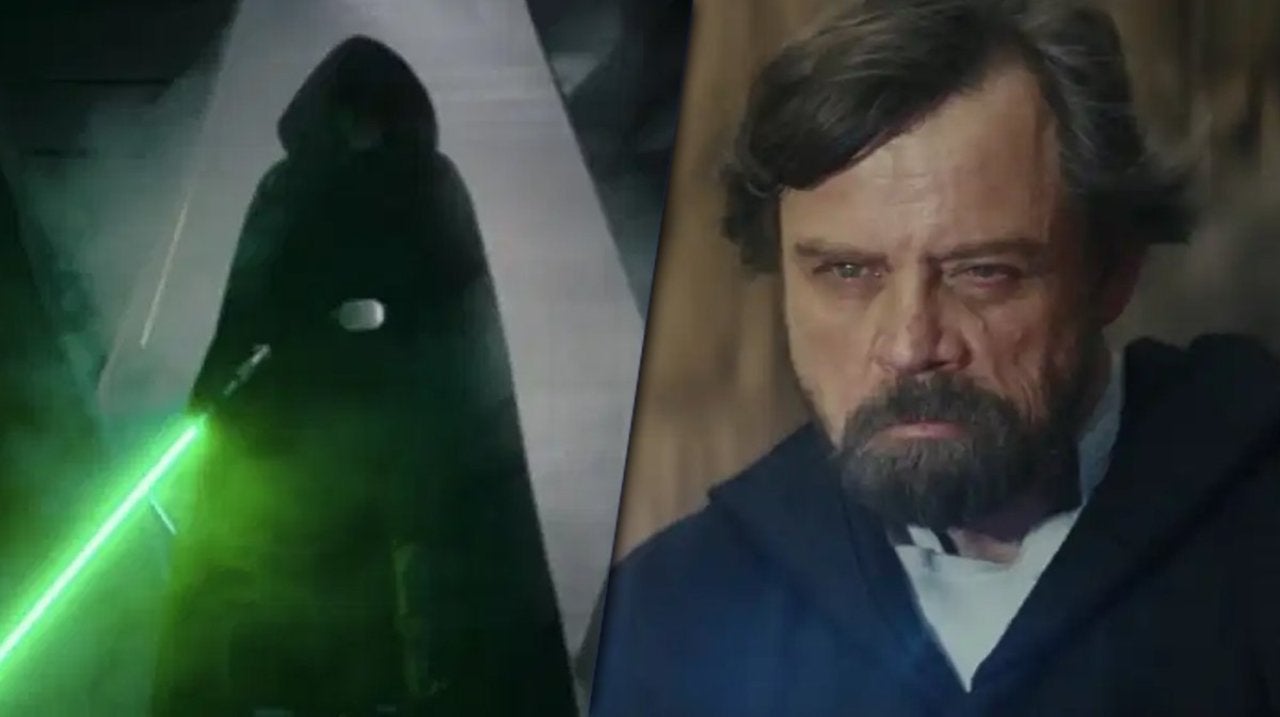 The Season Two finale of The Mandalorian shocked fans with the appearance of Mark Hamill‘s Luke Skywalker, resembling the appearance he had in Star Wars: Return of the Jedi, with fans spending the last few weeks basking in the glory of the delightful return. With countless fans sharing their appreciation for the sequence on social media, Hamill took to Twitter to share his thanks towards fans for their joyful responses to the episode, while also sharing a YouTube video of fan reactions to the moment. Fans have been so supportive of the appearance that some are hoping this could lead towards the character getting a new spinoff series.

“Seeing fan’s reactions to Luke’s return is something I will cherish forever,” Hamill shared on Twitter. “Their anticipation seeing the X-Wing/Ep. 6 Robes/a lightsaber/a GREEN lightsaber/a gloved hand/an ungloved hand/a Force choke/R2-was OVERWHELMING & very moving to me.” He also added the hashtag #NoWords to sum up his thoughts.

After the debut of Ahsoka Tano in The Mandalorian, fans spent weeks theorizing about what Jedi would be the one to train “Baby Yoda,” who fans learned was actually named “Grogu.” A majority of theories centered around characters who haven’t been explored as thoroughly in live-action, but Luke Skywalker wasn’t entirely off the table. Even if some fans thought Luke would be the Jedi to appear, it’s hard to overstate how exciting it was for fans to see the young Luke in all his lightsaber-swinging glory.

This is only the latest instance of Hamill sharing thanks on social media, as he praised Mandalorian creator Jon Favreau and writer/director/producer Dave Filoni for the storytelling opportunity.

“Sometimes the greatest gifts are the most unexpected and something you never realized you wanted until it was given,” Hamill shared, while adding the hashtag #ThankYouJonAndDave.

Stay tuned for details on the future of the Star Wars saga.

Are you hoping Luke’s appearance could lead to more spinoff adventures? Let us know in the comments below or contact Patrick Cavanaugh directly on Twitter to talk all things Star Wars and horror!