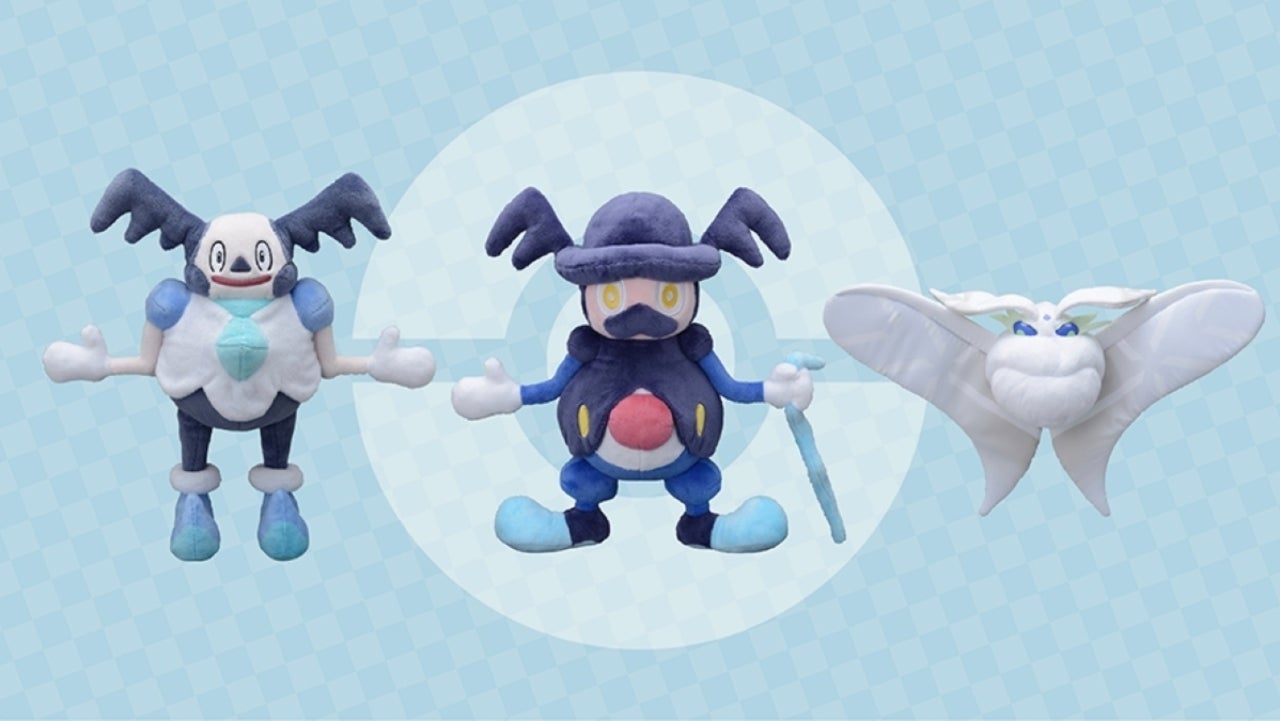 Several new plush from Pokemon Sword and Pokemon Shield are set to join the growing family of available Pokemon plush in February as the Japanese Pokemon Centers will be adding the Galarian version of Mr. Mime, its evolution Mr. Rime, and even Frosmoth to the lineup. These sort of things can range in price, but given that it’s only about two weeks away from being added on February 13th, we don’t have long to wait to learn more about them.

If you are somehow not already familiar, Mr. Mime has a region-specific version available in Pokemon Sword and Pokemon Shield that is a combination Ice- and Psychic-type Pokemon. It evolves into Mr. Rime at level 42. Frosmoth, on the other hand, evolves from Snow when levelled up with high friendship at night. You can check out what the three new Pokemon plush actually look like in the official tweet from the Japanese Pokemon Twitter account below:

The new Pokemon plush are set to start appearing at Pokemon Center stores in Japan beginning February 13th. While there is no official date for when these should make the jump to the English Pokemon Center website, it seems fair to assume that they will, in fact, do so at some point. You can check out all of our previous coverage of the Pokemon franchise right here.

What do you think about the new Pokemon plush? Are you interested in picking up any of them for yourself? Let us know in the comments, or feel free to reach out and hit me up directly over on Twitter at @rollinbishop to talk about all things gaming!