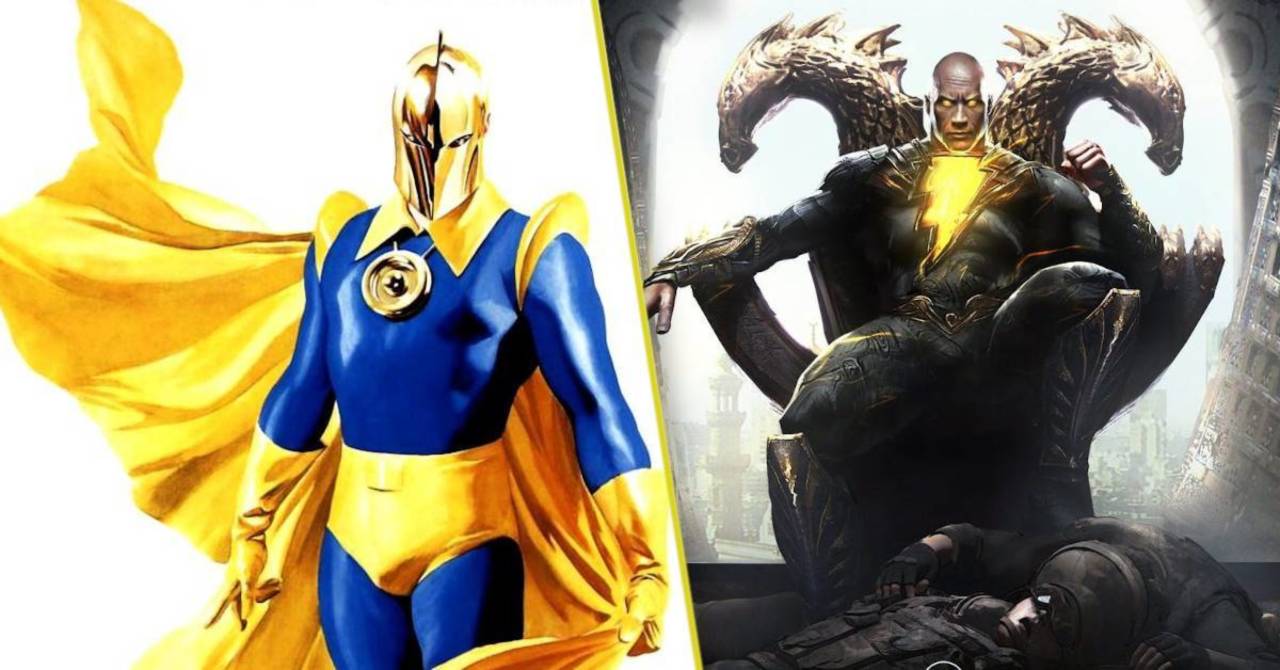 A new report suggests that Dwayne Johnson’s Black Adam movie is looking for its Doctor Fate. We know that the film will introduce a version of the Justice Society of America, DC Comics’ original superhero team. The film already cast Aldis Hodge as Hawkman and Noah Cenetineo as Atom Smasher and Quintessa Swindell as Cyclone. Doctor Fate also reportedly has a role. While some fans wondered if that’s who the new cast member Marwan Kenzari is playing, Murphy’s Multiverse reports that the film is still casting for Doctor Fate or someone who fits the description. In addition to looking for a young Teth-Adam and his father, Charles Murphy reports that the film is looking for someone to play a magician described as “powerful being prepared to do what they must to protect the world.” That sounds like an apt description for Doctor Fate. Given that the film will show us Black Adam’s ancient origin and include the Justice Society, Fate seems like the obvious choice.

Previous reports hinted at what fans should expect from Doctor Fate in the movie. The Illuminerdi reported that the studio thought of the relationship between Kent Nelson, Doctor Fate’s human host, and Nabu, the powerful wizard within Fate’s helmet, as something like Dr. Jekyll and Mr. Hyde.

At the time, the studio was reportedly looking for a 30-something male “academic” type to play Nelson. Sam Rockwell was reportedly the template they were using, even though the actor is 51 years old. The cinematic Doctor Fate is reportedly capable of reading minds, using telekinesis, and manipulating time.

Gardner Fox and Howard Sherman created Doctor Fate. The character made his first appearance in More Fun Comics #55 in May 1940. Nabu fights for the cause of good but can veer towards an extreme “lawful good” philosophy, prizing cosmic order above compassion for those beings living in the universe.

Such a hero could become an important point of contrast with Johnson’s Black Adam. During the DC FanDome event, Johnson described his DC Comics antihero as a “ruthless keeper of justice.”

“He is the judge, the jury, and the executioner, and he believes in an eye for an eye,” Johnson said. He will always do everything he can to protect his people, more so protect his family. The superheroes have to exhibit a little bit of restraint when it comes to taking care of the bad guys if you will, or taking care of the people who are opposite them, who are opposing them who are in their way. But this idea that you could take all of Black Adam’s powers, and he does not practice restraint. That makes for a really powerful combination, and one that’s explosive one that’s very dangerous, and one that is very likable — to me, at least.”

Jaume Collet-Serra will direct Black Adam. Filming begins in April. Are you excited to see Doctor Fate in Black Adam? Let us know what you think in the comments.

The Sandman | Official Trailer | Netflix
DC ROUND-UP: NAOMI SEASON TWO concludes…or does it?
Top Comics to Buy for August 10, 2022
The future is still clouded at Oni Press
PREVIEW: Office supplies and death in THERE’S SOMETHING WRONG WITH PATRICK TODD #2