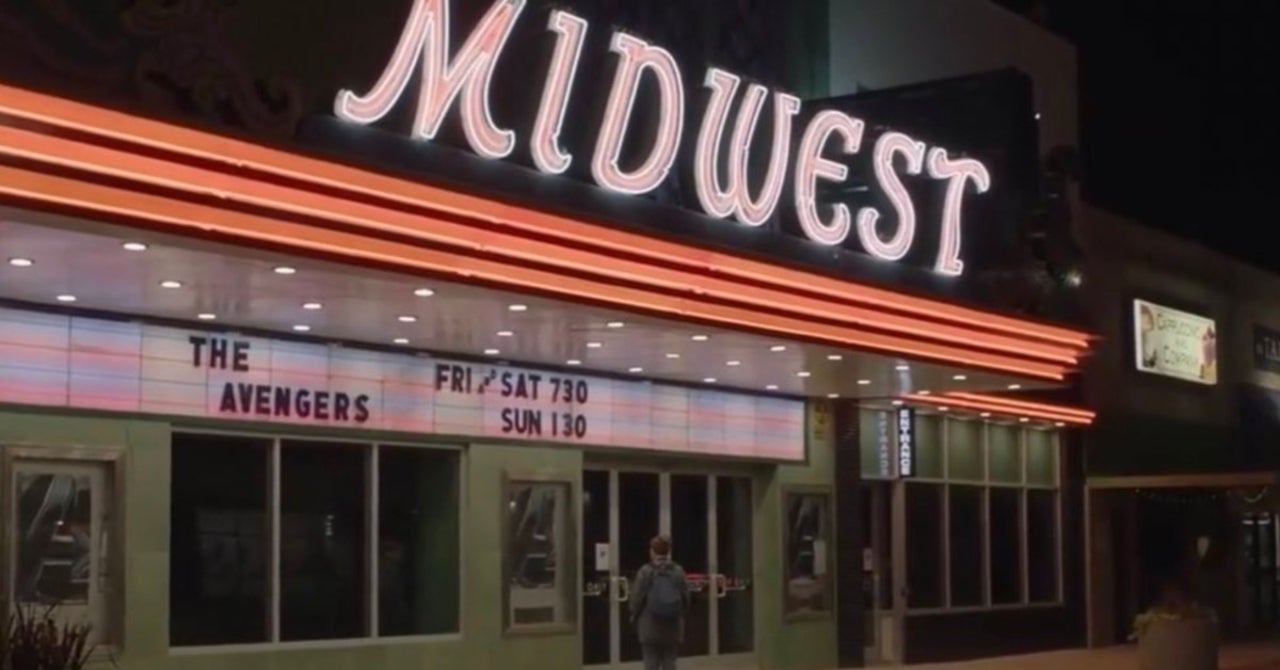 Marvel fans are eager to see Eternals, which is finally being released later this year. The movie was helmed by Chloé Zhao who is currently earning a lot of critical acclaim for her latest film, Nomadland. The movie is up for four Golden Globes tonight, including “Best Picture – Drama” and “Best Director of a Motion Picture” for Zhao. The movie follows a woman named Fern (Frances McDormand) who “embarks on a journey through the American West, living as a van-dwelling modern-day nomad.” During her travels, Fern is seen walking past a movie theatre that’s playing The Avengers. Considering Zhao’s connection to the MCU, Fandango recently asked her about the easter egg.

“I was going to put something on that marquee that shows the time we were in, which was late 2011 early 2012, and what was the biggest film? It was The Avengers and it was the beginning of my fascination with the MCU and it also just shows how far Fern is from the life that we’re familiar with,” Zhao shared. You can watch the clip in the tweet below:

You might’ve caught the Marvel Easter egg in #Nomadland but director Chloé Zhao tells us there’s a narrative reason for it to be there.

+ for fans of Zhao’s film & the MCU the filmmaker told us why you can expect a similar look in her upcoming #Eternals. pic.twitter.com/E258gaieeW

During a recent interview with Rolling Stone, Marvel Studios President Kevin Feige spoke about Zhao’s pitch for Eternals and said it was the best pitch he had ever heard. “Not only does Chloe make remarkable, small, personal movies in a remarkable, small, personal way, but she thinks in grand, cosmic, gigantic terms, which fit perfectly with what we wanted to do. Eternals is a very big, sweeping, multimillennial-spanning story. And she just got it,” Feige shared.

“I have been a fan of the MCU for the last decade. So, I put the word out there I wanted to make a Marvel movie and the right project came to me,” Zhao said while speaking with director Barry Jenkins in a discussion for Variety. “I just wanted to work with that team. Again, back to world-building. It is my favorite thing. That’s why I love ‘Star Wars.’ There is a world that is so rich. I wanted to enter it and see what I can do. It’s the same as what you’re saying. Can I put a spin on it while still being true to the essence of it? That’s exciting to me. It’s not that different than me going to the world of rodeo cowboys and saying, ‘My spin on that is going to be this,’ and it’s a collaboration. The chemistry of that, when it’s right, it could be very exciting.”

Nomadland is streaming on Hulu and Eternals is currently scheduled to be released on November 5th.