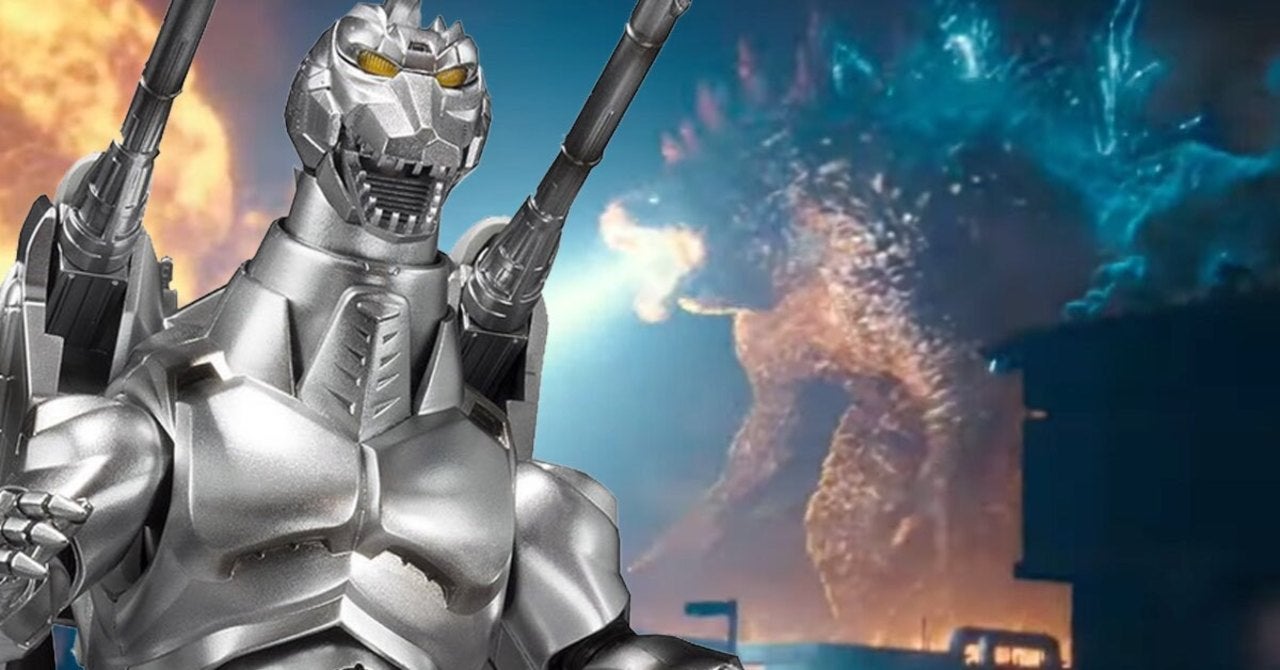 After lots of speculation, the first trailer for Godzilla vs Kong confirmed a big suspicion amongst fans this year. It turns out the epic blockbuster will feature MechaGodzilla in some form, and fans have gotten a sneak-peek at the monster in the strangest of ways. Following a slew of clips and TV promos, fans were given an update on Godzilla vs Kong when a bunch of graphic t-shirts surfaced online, and one of them seems to feature the mechanical beast in all its manmade horror.

Heredia Clothing released a new listing for an upcoming shirt based on the upcoming Godzilla vs. Kong (although the listing has been seemingly removed at the time of this writing), and it features a full look at the new Monsterverse version of MechaGodzilla. It should be noted that Mechagodzilla has not been officially confirmed for an appearance in promotional materials just yet (despite major clues to the contrary). Here’s a look at the new shirt as spotted by @EINomqui on Twitter:

Luckily it won’t be too much longer before we get to see this new MechaGodzilla design in full as Godzilla vs. Kong releases in theaters on March 31st, and will be available for streaming on HBO Max for 31 days following that initial release. The film is rated PG-13 and its official description begins as such, “Legends collide in “Godzilla vs. Kong” as these mythic adversaries meet in a spectacular battle for the ages, with the fate of the world hanging in the balance. Kong and his protectors undertake a perilous journey to find his true home, and with them is Jia, a young orphaned girl with whom he has formed a unique and powerful bond.”

The synopsis continues as such, “But they unexpectedly find themselves in the path of an enraged Godzilla, cutting a swath of destruction across the globe. The epic clash between the two titans—instigated by unseen forces—is only the beginning of the mystery that lies deep within the core of the Earth.”

What do you think of the new Mechagodzilla design? Hoping to see it in action in Godzilla vs. Kong? What do you think its ultimate role will be? Let us know your thoughts in the comments or you can even reach out to me directly about all things animated and other cool stuff @Valdezology on Twitter!