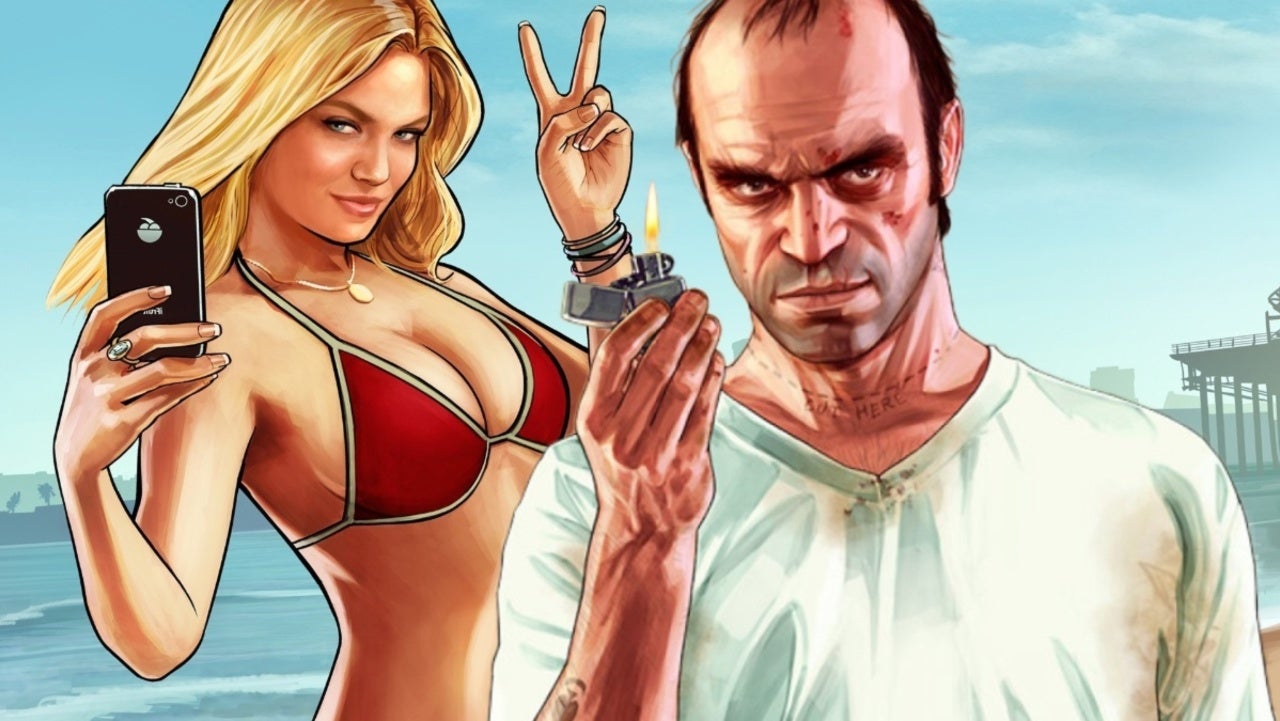 A strange new situation has come about that has some fans worried about the prospect of Grand Theft Auto V releasing later this year on PlayStation 5. While it could just be an oversight, the appearance of the game in a new trailer didn’t include a release window for GTA 5 on PS5, which has caused some to think that the next-gen iteration of the ever-popular game might have been delayed at Rockstar Games.

This whole matter comes about thanks to a new PS5 ad that recently appeared over on IGN’s YouTube channel. The video is quite similar to others that PlayStation has released over the past few months and features a few brief looks at upcoming games like Horizon Forbidden West, Gran Turismo 7, Ratchet & Clank: Rift Apart, and Grand Theft Auto V. However, compared to some of the other titles mentioned in this trailer, GTA 5 doesn’t have a release window attached to it. By comparison, Ratchet’s release date is listed at the bottom of the screen in the trailer while Horizon Forbidden West is said to be planned for the second half of 2021. Conversely, Grand Theft Auto V is simply said to be “in development for PS5.”

Obviously, just because GTA 5 doesn’t come with an attached release window in the fine print doesn’t automatically mean that the game is delayed. However, it is a bit bizarre to see the title not have a 2021 release window attached to it in any capacity. Rockstar itself, when it revealed the game for PS5 last year, made clear that it was planned to arrive this year.

It’s also worth noting that Gran Turismo 7 doesn’t feature a release window or date in this trailer either, but there’s likely a good reason for that. This past week, PlayStation actually announced that the highly-anticipated racing game had been delayed into 2022. As such, considering when this trailer was likely put together, it makes a bit more sense for it to not list any such window.

Again, it’s worth stressing that there’s probably nothing to see here and if you’re looking forward to Grand Theft Auto V on PS5, there’s a good chance that it will still release this year as intended. But if the game is delayed, perhaps this is our first indication of it slipping back just a bit.

So what do you think? Do you believe that there’s a chance GTA 5 on PS5 could be pushed into next year? Let me know what you think either down in the comments or over on Twitter at @MooreMan12.

An ancient Wakandan threat is unleashed in BLACK PANTHER: UNCONQUERED one-shot this November
SHUT IN THEATER: Weekend Reading 123
The future is still clouded at Oni Press
REVIEW: LOVE EVERLASTING #1 may be the start of a modern classic
DC ROUND-UP: NAOMI SEASON TWO concludes…or does it?