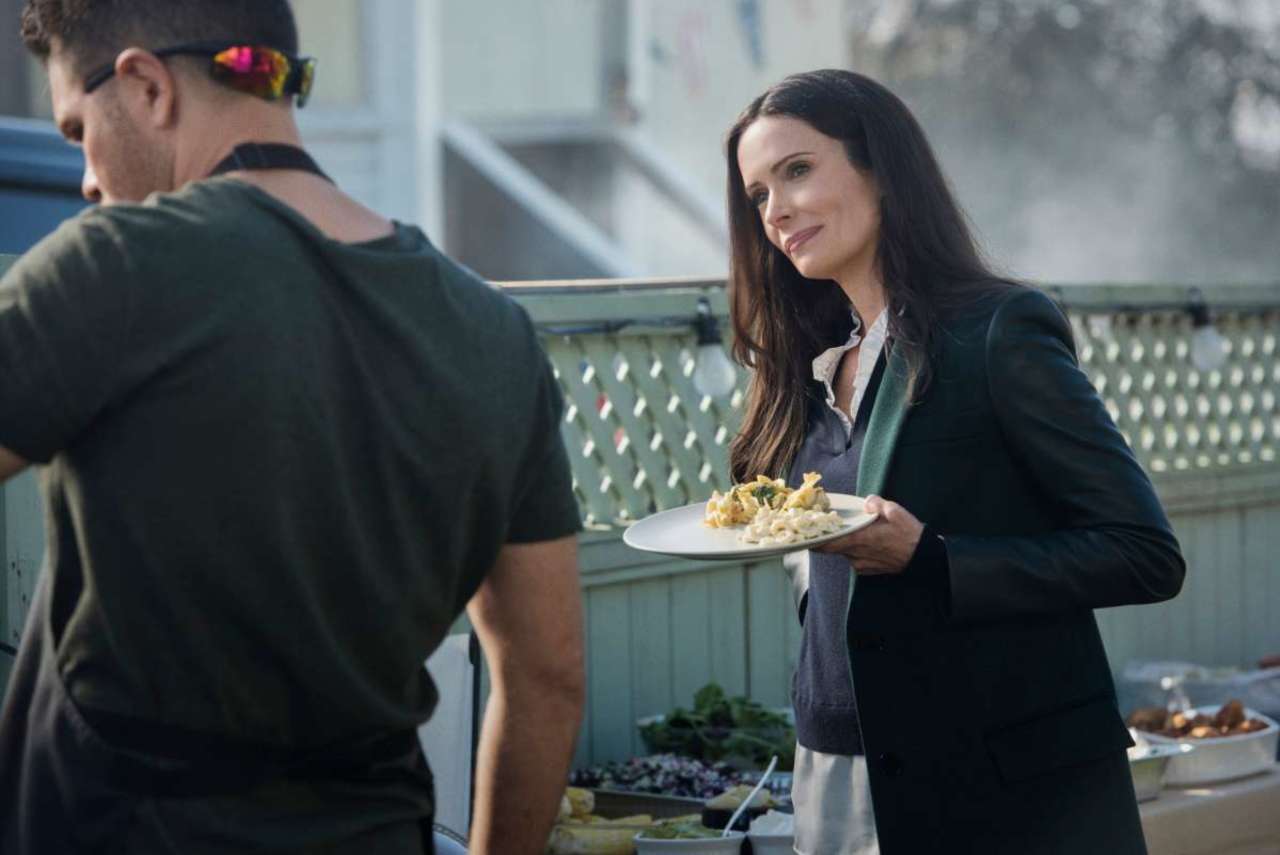 The look and feel of Superman & Lois, which premiered last week on The CW, is different from the other Arrowverse shows. All of them take place in urban areas, whereas Superman & Lois takes the Kent family to Smallville. The show itself has a unique color palette and shooting style, as established in the first two episodes by Lee Toland Krieger, the talented director who shot the pilot for the network’s stylish Riverdale. And nobody is feeling the differences in the tone and locale of the show more than Lois Lane (Bitsie Tulloch), whose roots are in Metropolis (and whose job is still there even as the series begins).

Tulloch says that she has heard from fans that they want to see more of the Daily Planet and more of Metropolis in future episodes. She does, too, she said, but on the other hand Smallville is giving her an interesting place to go with the character of Lois.

“We are going to have [urban settings], because he still has to jet off at a moment’s notice to places all over the world,” Tulloch told ComicBook. “So we’re still going to have these set pieces, and I know that the fans are going to want to see a lot of that. It’s just primarily going to be rooted more on these muted colors. Smallville…honestly it’s like a bit of a ghost town, and that’s part of why I think it looks so beautiful. We’re shooting wide screen, we’re shooting in a different aspect ratio, but it is going to be the sort of the stereotypical colors you would think of when you were thinking of a farm. I think I have seen, because I do engage with fans on social media. I have seen some people being like, ‘I want to see Lois in Metropolis.’ Lois is a city girl and I’m like, I get it. But that’s part of why her storylines kind of interesting because she is a fish out of water in Smallville.”

Fans have also never seen a live-action adaptation of Lois Lane who’s balancing her work with parenting — something she has especially had to do since it’s hard for Clark to step away from Superman duties. Asked what she thought when she saw that the script wasn’t just in Smallville, but was a family drama, Tulloch was enthusiastic.

“That was why we signed up for it, truly. That was why Tyler and I wanted to do this show because we met with Todd Helbing and Todd was like, ‘This will feel like less of a superhero show and this will feel more like Friday Night Lights,’ which by the way was a show I loved,” Tulloch said. “he was kind of pitching it as Friday Night Lights with elements of Superman and elements of Lois Lane but at its core, this is a family drama. And it’s about the relationship the very famous couple has with their teenage sons. And we thought that sounds awesome. That sounds very cool. And he kind of talked about how we were going to shoot it and everything and that was what sold us on it, as opposed to having every episode is different, every episode has a… I’m saying this because that’s how I used to talk about Grimm, like a monster of the week sort of thing.”

Superman & Lois airs Tuesday nights at 9 p.m. ET/PT on The CW, following episodes of The Flash.