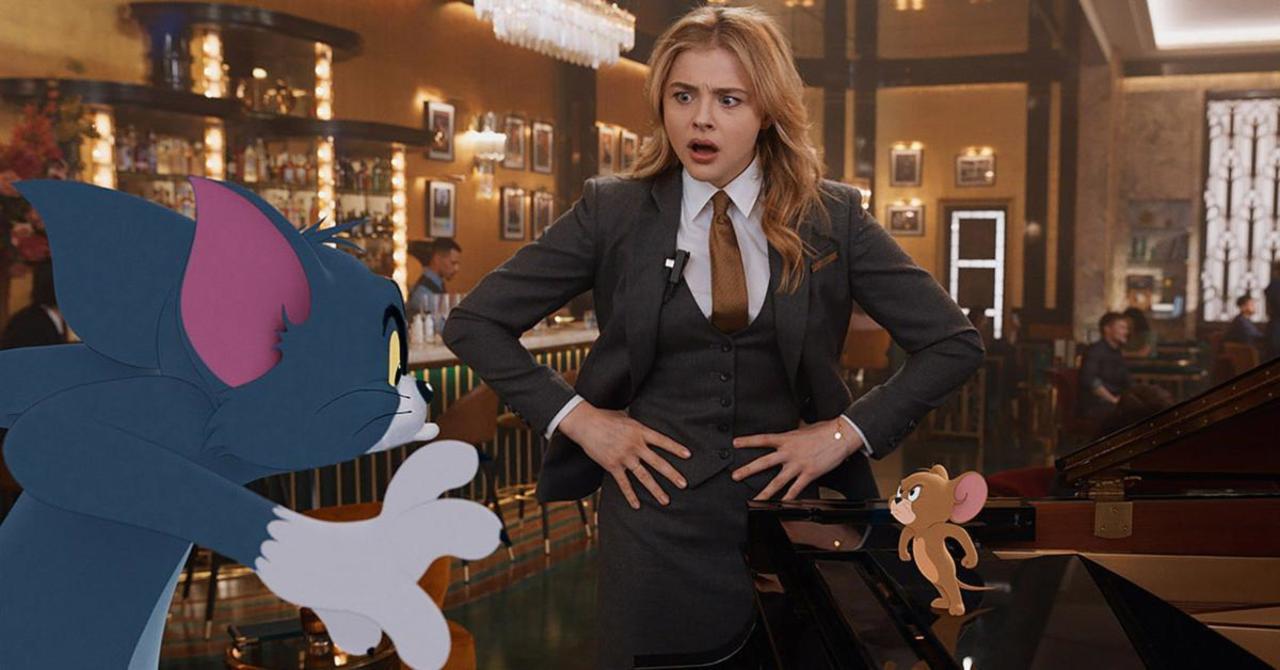 Tom & Jerry takes the top spot at the box office in its debut weekend. The live-action and animation hybrid earned $13.7 in its opening days, a surprisingly solid start for the film given that the pandemic is still a factor. This could be a ray of hope for struggling movie theaters, and that’s despite the movie also being available on HBBO Max at the same time. Another movie for kids, The Croods: A New Age, slides into second place by earning $1.2 million for the weekend. In third place is The Little Things, which is in the final days of its HBO Max co-release window.

Rounding out the top five this week, Wonder Woman 1984 (another HBO Max co-release, though it left the service in January) is in fourth place while Liam Neeson’s The Marksman remains in fifth place. Judas and the Black Messiah, another HBO Max release, is in sixth and Monster Hunter, an adaptation of the popular video game series of the same name, remains in seventh place. Robin Wright’s indie film Land holds steady in the eighth place spot, followed Tom Hanks’ News of the World finds itself in ninth, and pandemic mainstay The War With Grandpa in the tenth-place slot.

What do you think of this week’s box office turnout? Let us know in the comments. Keep reading to see this week’s full list of top 10 films at the box office.

A legendary rivalry reemerges when Jerry moves into New York City’s finest hotel on the eve of the wedding of the century, forcing the desperate event planner to hire Tom to get rid of him. As mayhem ensues, the escalating cat-and-mouse battle soon threatens to destroy her career, the wedding, and possibly the hotel itself.

Searching for a safer habitat, the prehistoric Crood family discovers an idyllic, walled-in paradise that meets all of its needs. Unfortunately, they must also learn to live with the Bettermans — a family that’s a couple of steps above the Croods on the evolutionary ladder. As tensions between the new neighbors start to rise, a new threat soon propels both clans on an epic adventure that forces them to embrace their differences, draw strength from one another, and survive together.

Deputy Sheriff Joe “Deke” Deacon joins forces with Sgt. Jim Baxter to search for a serial killer who’s terrorizing Los Angeles. As they track the culprit, Baxter is unaware that the investigation is dredging up echoes of Deke’s past, uncovering disturbing secrets that could threaten more than his case.

Diana Prince lives quietly among mortals in the vibrant, sleek 1980s — an era of excess driven by the pursuit of having it all. Though she’s come into her full powers, she maintains a low profile by curating ancient artifacts, and only performing heroic acts incognito. But soon, Diana will have to muster all of her strength, wisdom and courage as she finds herself squaring off against Maxwell Lord and the Cheetah, a villainess who possesses superhuman strength and agility.

Jim is a former Marine who lives a solitary life as a rancher along the Arizona-Mexican border. But his peaceful existence soon comes crashing down when he tries to protect a boy on the run from members of a vicious cartel.

6. Judas and the Black Messiah

Offered a plea deal by the FBI, William O’Neal infiltrates the Illinois chapter of the Black Panther Party to gather intelligence on Chairman Fred Hampton.

Behind our world, there is another — a world of dangerous and powerful monsters that rule their domain with deadly ferocity. When Lt. Artemis and her loyal soldiers are transported from our world to the new one, the unflappable lieutenant receives the shock of her life. In a desperate battle for survival against enormous enemies with incredible powers and unstoppable, terrifying attacks, Artemis teams up with a mysterious hunter who has found a way to fight back.

A local hunter brings a grieving lawyer back from the brink of death after she retreats to the harsh wilderness of the Rockies.

Robin Wright directs and stars in Land, based on a screenplay by Jesse Chatham and Erin Dignam. The film also stars Demián Bichir and Kim Dickens.

9. News of the World

Five years after the end of the Civil War, Capt. Jefferson Kyle Kidd crosses paths with a 10-year-old girl taken by the Kiowa people. Forced to return to her aunt and uncle, Kidd agrees to escort the child across the harsh and unforgiving plains of Texas. However, the long journey soon turns into a fight for survival as the traveling companions encounter danger at every turn — both human and natural.

News of the World is directed by Paul Greengrass and stars Tom Hanks and Helena Zengel. The film is based on Paulette Jiles’s 2016 novel of the same name.

10. The War With Grandpa

Peter and his grandpa used to be very close, but when Grandpa Jack moves in with the family, Peter is forced to give up his most prized possession: his bedroom. Peter will stop at nothing to get his room back, scheming with friends to devise a series of pranks to drive him out. However, grandpa doesn’t give up easily, and it turns into an all-out war between the two.