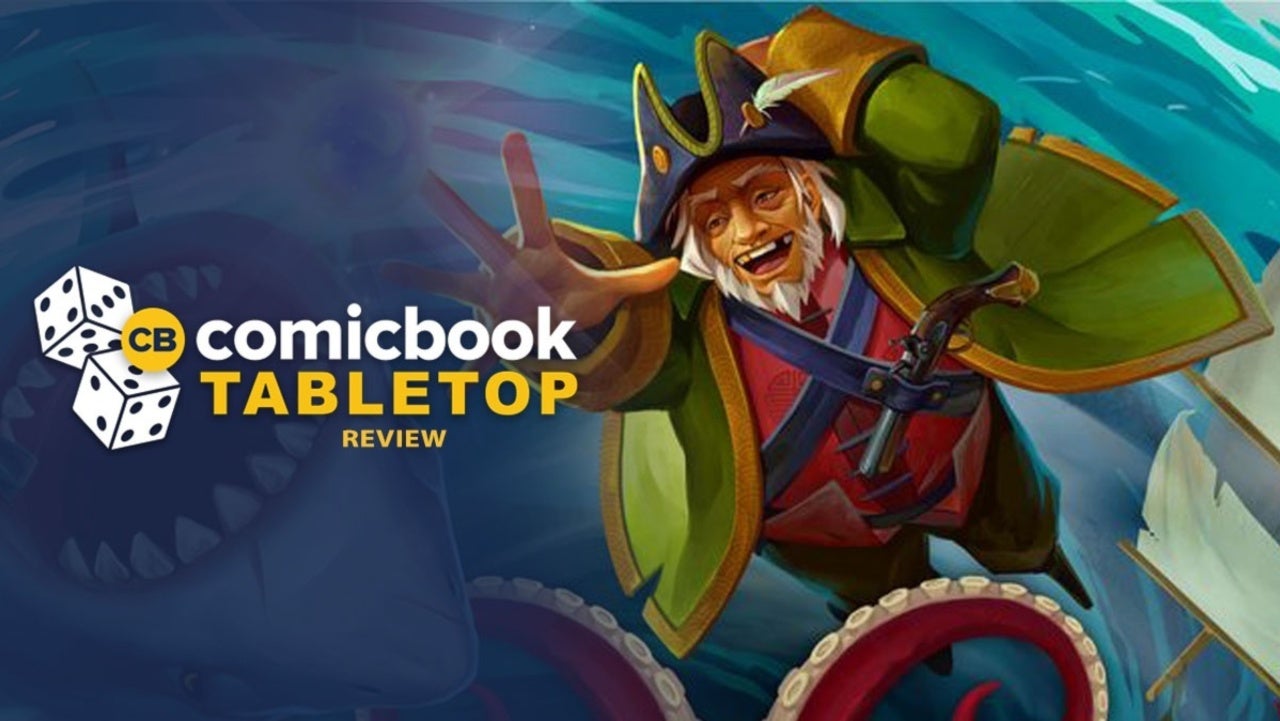 Plaid Hat Games is responsible for some of my favorite tabletop experiences, partly because of how they prioritize storytelling and immersion in their games. Games like Mice & Mystics, Dead of Winter, and more blend tactical gameplay with storytelling flourishes that allow players to truly lose themselves in the experience, and one of their latest games fits that bill to a tee. That would be Forgotten Waters, which puts you in the role of a crew of pirates just trying to make your way through rough waters and hostile territory to a life of wealth and success, and it’s an experience I can heartily recommend.

Forgotten Waters puts you in the role of a pirate crew, but that’s not just a generic descriptor. Players will assume a unique role amongst the crew as you work together to make it through the adventure, and each role has a specific job on the ship. There are seven roles in total, but if you end up playing with fewer players, you can just double up on those jobs to fill out the crew. You can choose to be the Ship’s Scribe, First Mate, Boatswain, Cooper, Lookout, Quartermaster, or the Gunner, and whether you have one job or three, you’ll need to keep track of several things as the game goes on, whether it’s your turn to act or not, and your continued active participation is what helps maintain that immersion, as you rarely end up with nothing to do or contribute for very long.

As a Gunner, for example, you’ll be responsible for loading the cannons and keeping track of the enemy ship’s health and ability to board, while the Quartermaster handles the Infamy track, which changes depending on what actions you take during a given turn and can affect certain bonuses. The Cooper keeps track of the ship’s supplies, which you’ll need to keep the crew happy and keep them from becoming restless. If they do, the First Mate will raise the Discontent track, which also holds the Crew track, and if the two ever overlap the game is over. The Boatswain keeps track of the ship’s hull, while the Lookout manages the Threat you gain along the way, and if you fulfill the Objective card on the track you will need to read that entry in the storybook and take the consequences.

Where Forgotten Waters really succeeds, though, is how those systems interact with the narrative aspects of the game and vice versa. Each player has a Player Sheet, which holds their Skills, Constellation, and Story Blanks, which is a place that asks several questions and you fill in an answer without context. Then in your backstory, those answers are inserted, making for a one-of-a-kind pirate and an easy way to grasp onto a fun character for the duration of the game. Meanwhile, the Constellations are different for each pirate, and each pirate comes with different skill limitations and expertise. You start filling these in when you level up skills (which happens through gameplay actions), and when you encounter a star you fill in a spot on your Constellation. If there’s an exclamation point symbol on the spot you color in, you gain a Constellation Token, and when you turn them in (you can have several collected at a time) you resolve the Constellation Event on your Player Sheet and read off a bit of story that more often than not involves you gaining items to help with the journey or treasure to help your character.

The more skills you gain the more areas of expertise you have open to you on your turn, and there’s value in being a jack of all trades or someone who masters one particular skill and all the spaces in between, giving players more than one way to approach their particular character and each scenario. When a new round begins, you’ll all have a certain amount of time to assign your character to a task, which can include heading to the Market, talking to the locals, working the ship, firing the cannons, the captain’s mission, sailing to a new location, and a variety of other location-specific things. Some of these can be tackled by multiple people, too, and depending on the scenario, that might be the best approach, but you’ll have to weigh what’s better for you against what might benefit the entire crew.

The systems are sound, but it’s how they all work together that delights most, thanks to all of the role-playing opportunities they create. Let me introduce you to my character, Danvers, a Grifter Pirate who specializes in Aim, Swagger, and Navigation (fitting right?). Because of the ridiculous answers I put in the Story Blanks section, her backstory is quite entertaining, with one bit reading, “On the streets, I ran lots o’confidence jobs such as the Admira’s Stepdaughter, Six-Card Squid, and the always profitable, hollowed-out leg filled with Pudding scam”. Oh, and then there’s my alias, which is none other than “Jessica Drew.” This is just one example and there are multiple ways to make these characters your own, and, in doing so, raising your experience above just picking a pre-made miniature to move spaces with.

The Constellation Events also feature similar entertaining story flourishes, and as you work your way through the Captain’s Missions and other story events through the game, you have even more chances to distinguish a personality for yourself. You’ll get into a rhythm of working with your team at the various locations to survive ship boardings, bar brawls, storm-filled waters, and more, and the story’s dedication to the premise and its lighthearted tone only adds to that sense of adventure on the high seas, which is made even better thanks to the stellar voice-acted story sections available on the game’s dedicated app. The app is required for play, and while that may rub some the wrong way, for me, the positives more than outweigh any negatives.

Plaid Hat has also embraced Remote Play, and even created a Remote Assistant so that four to seven players can join in on the fun while only one of the players has to own the physical game. Because of the narrative aspects of Forgotten Waters, it feels like remote playing D&D, at times, with a pirate flair, and I hope that more studios embrace adding this to future games because it will only expand the tabletop audience further.

Now, there are a few things that might bother some about the game. It’s not a game that lends itself to breaking out with first-time players unless you are already familiar with the game and can explain the nuances along the way. If I were a new player introduced to this, it would be rather intimidating, and it might take a few turns to really see how everything fits together, just because of the number of systems in play. It’s also a space hog, so you’re going to need a bigger table to really spread out on and give everyone enough space.

Forgotten Waters is such a rewarding and immersive experience that the learning curve is more than worth braving, and if you give it a chance you’ll find yourself gleefully lost in a world full of adventure and charm and characters that feel like they are truly yours. Trust me, it’s a voyage you won’t regret taking in the least.