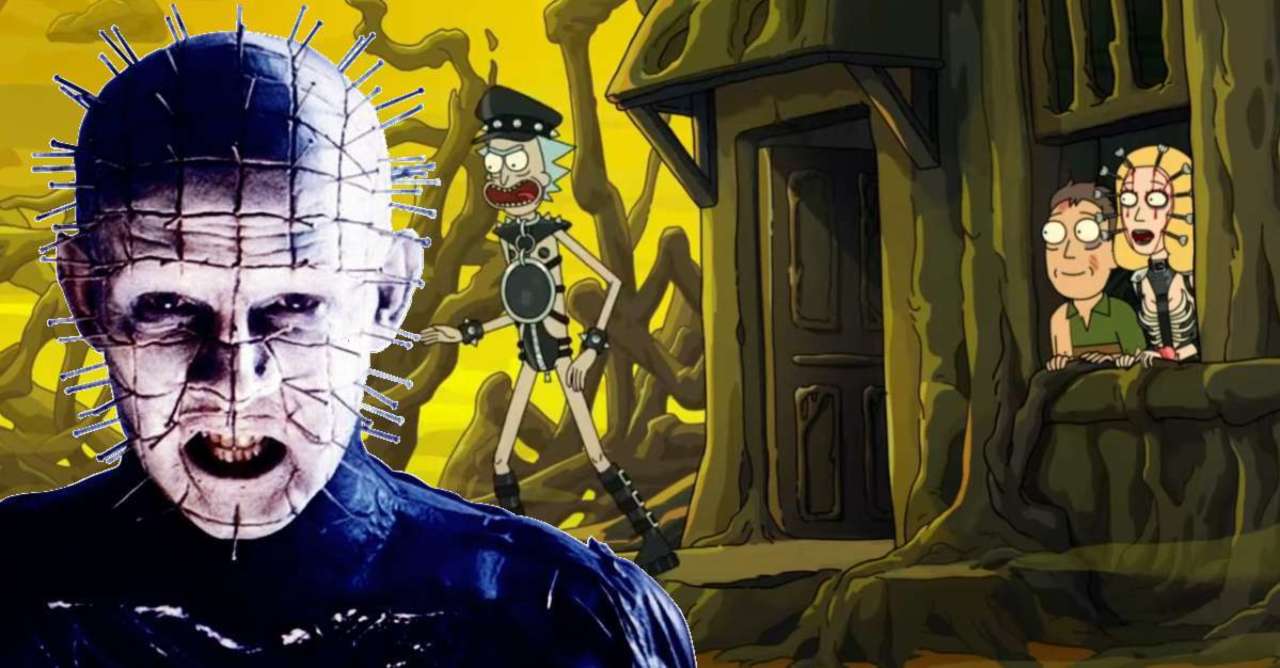 Rick And Morty is coming back with a fifth season, as the Adult Swim juggernaut has recently revealed a trailer that shows the Smith family traveling to new worlds and paying homage to a number of pop culture icons along the way, with one of the most notable being the creation of horror master Clive Barker, Hellraiser. Though the details of this Easter Egg are still a mystery, it’s clear that Rick, Beth, and Jerry are navigating the world of the Cenobites as they are sporting appearances that seem to be ripped from the horror franchise.

Alongside the world of Pinhead, the recent trailer also has the Adult Swim animated series referencing the likes of Voltron, Blade, Transformers, Jurassic Park, and Marvel’s Namor to name a few. One of the strengths of Rick And Morty has always been its humor, along with the stories that can take place anywhere without restrictions thanks to the scientific genius of Rick Sanchez. Though the stories themselves are still anyone’s guess at this point, we definitely expect some surreal, gut-busting episodes to be a part of the upcoming season that will land on June 20th of this summer. With more seasons confirms for the Smith family, it’s clear that Rick And Morty fans will be happy for quite some time.

For those who might not be familiar with the horror franchise known as Hellraiser, it follows the unfortunate souls who come into contact with the Cenobites, a race of denizens of hell that believe themselves to be “explorers” of the world of pain and pleasure. Created by horror master Clive Barker through the original short story of The Hellbound Heart, the franchise has given fans a handful of films that follow different characters encountering Pinhead and his clan.

Hellraiser recently hit the news as HBO Max announced that a new television series is in the works, once again bringing horror fans into the world of the Cenobites and the puzzle box that summons them. With Clive Barker on board for the franchise’s return, it should definitely be interesting to see how this television series plays out and what horrific events fans can expect to see as the world of the Cenobites makes a big comeback.

What did you think of Rick And Morty’s Easter Egg from the world of Hellraiser? Feel free to let us know in the comments or hit me up directly on Twitter @EVComedy to talk all things comics, anime, and the world of Adult Swim.