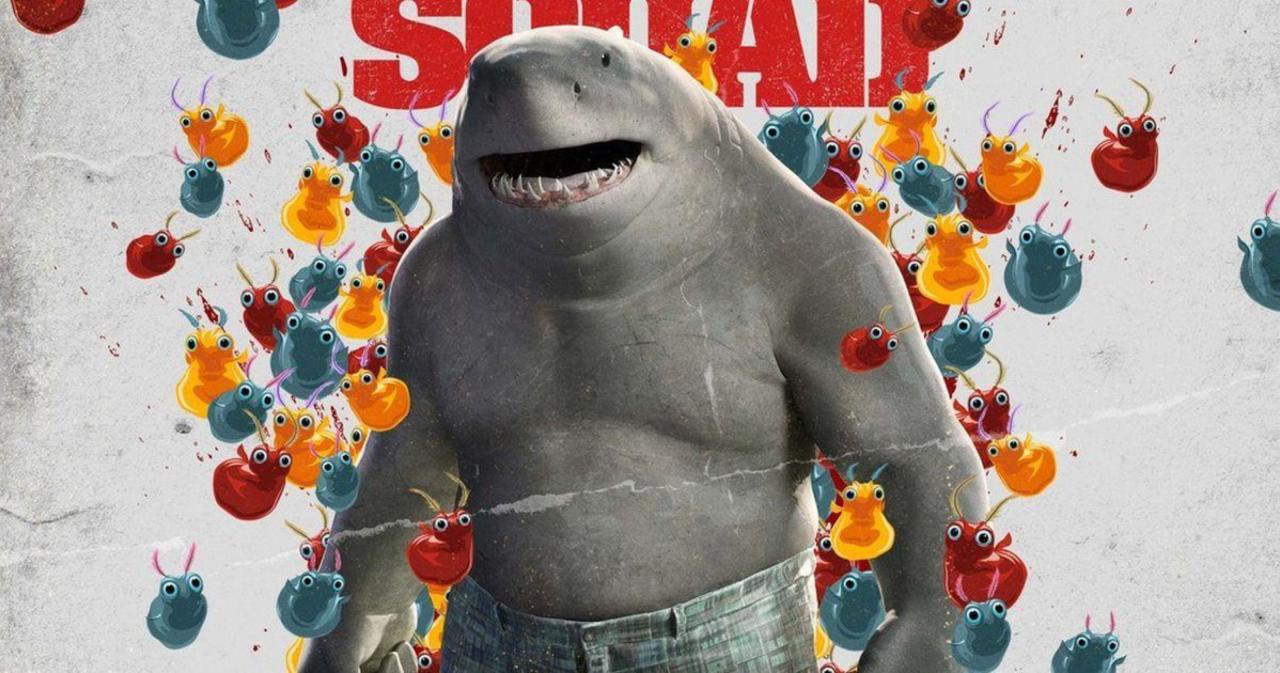 The first official trailer for James Gunn‘s The Suicide Squad was released last week and featured a closer look at the movie’s exciting line-up of characters. One character that DC fans are especially excited to see in the upcoming movie is King Shark, who we just learned is being played by legendary actor, Sylvester Stallone. There has already been a lot of fun King Shark content to hit the Internet since the trailer was released, including a hilarious fan cam set to “Baby Shark.” This week, Gunn took to Twitter to share an awesome, custom-made King Shark toy made by Readful Things, who always impresses us with their creations. However, this version of King Shark has a hilarious twist – it’s Stallone’s head on the shark’s body!

“Gonna make the reverse next week (shark head/Stallone body),” Readful Things posted. “You’re gonna sell a million of these things,” Gunn replied. Steve Agee, who was the on-set reference for King Shark during the movie’s production, commented, “Ummmm what??” You can check out the post below:

You’re gonna sell a million of these things. https://t.co/W24hjED4NK

After The Suicide Squad trailer dropped, Gunn answered some fan questions about the movie and revealed why King Shark was changed from a hammerhead to a great white. “I did tests with the hammerhead design, which I love & originally thought I’d use. But having eyes on the sides far apart made it incredibly awkward shooting interactions with other people. You couldn’t really see him looking at the other person & the shots tended to be too wide,” Gunn explained.

At the end of last year, Stallone revealed in an Instagram post that he was cast in a secret role for The Suicide Squad, and teased that the movie was a “spectacular effort.”

“I saw it and it’s unbelievable, so I’m very proud to be included,” Stallone wrote at the time. “I can’t tell you anything more about it because you’re going to have to wait and see that, but it’s going to be well worth the wait. Anyway, keep punching and see you in the movies.”

Are you excited that Stallone is voicing King Shark in The Suicide Squad? What do you think of the custom toy from Readful Things? Tell us your thoughts in the comments!

The Suicide Squad is currently scheduled to premiere in theaters and on HBO Max on August 6th.