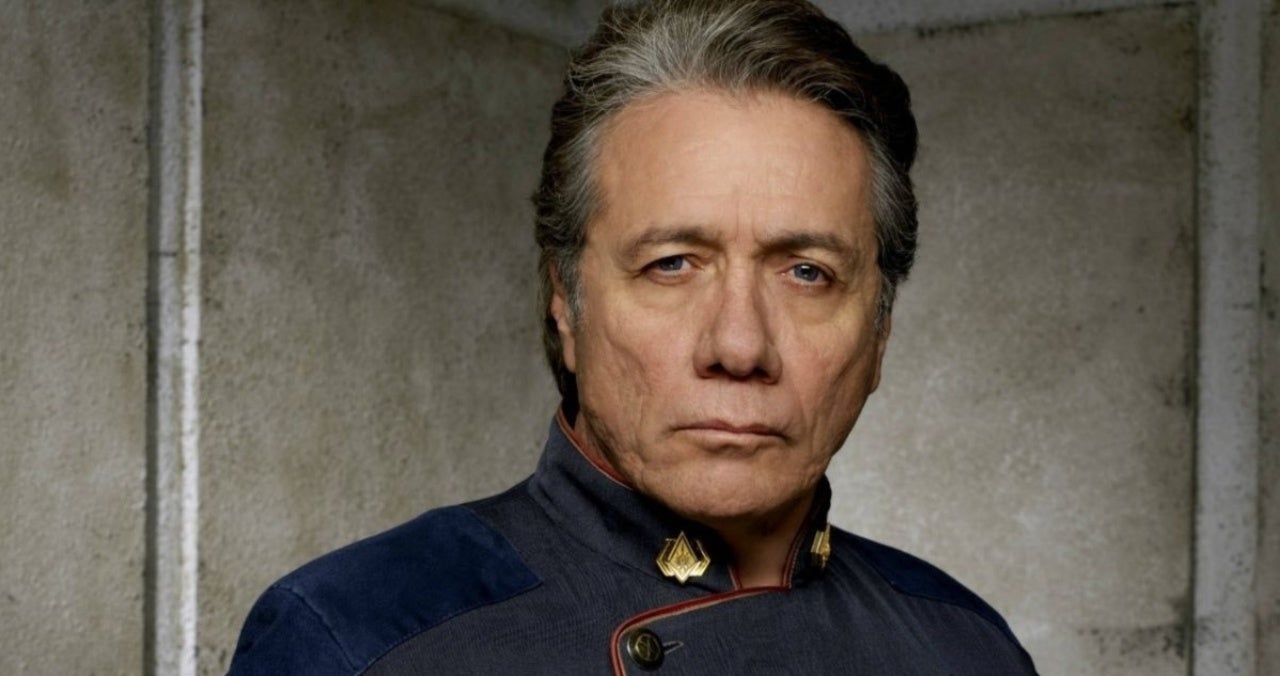 Character actor Edward James Olmos has had tremendous success through his career with extended stints on shows like Miami Vice and an appearance in Blade Runner that has made him a favorite of cult sci-fi fans. Olmos opened up about most of his career in a new interview, including an extensive answer about his time on the 2003 reboot of Battlestar Galactica as William Adama. The actor was asked by The AV Club what made him sign on for the series having previously turned down a role in Star Trek and having “had (his) fill of science fiction.” He had a thoughtful answer about that but then revealed a hilarious tidbit about what he wanted to see in the series, even having it built into his contract.

“The writing. The storytelling. The originality of the story itself compelled me to be part of it,” Olmos said. “It was just amazingly well written by Ron Moore. If you see the pilot, it’s just like, ‘Whoa, what a movie.’ It’s like a movie. It was a television show, but it was just really thought through, which made me want to be part of it. But at the very first meeting I had with the producers, including Ron Moore, I said, ‘Listen, I’ll do this with you. But I must ask you to be very understanding of what I’m about to say. I don’t want to see any four-eyed people, or weird jellyfish people, or weird outer-space people. Creature From The Black Lagoon-ish type of people. I don’t want things that are out in outer space; you get to this world and all the sudden they have these creatures, giant creatures.‘”

He continued, “I will be very honest with you, on my contract I put down that if I see someone that is like that, like some kind of science fiction-type idea of some weirdness out in space, I am going to look at whatever it is that I’m looking at on camera, and I’m going to faint. And I said, ‘You’re going to have to write, ‘Adama died of a heart attack.’ You’re going to have to write me out. Because I’m out.’ [Laughs.] And so they chuckled and said, ‘No, we’re more to the understanding of Blade Runner.’ I said, ‘Now, that’s really good. There was no monsters in that, they were all human beings.’ Well, it was replicants and Cylons, but you know.”

Olmos’ aversion to goofy looking aliens perhaps explains his aversion to appearing in Star Trek, having been offered the part of a Klingon character in 1984’s Star Trek III: The Search For Spock.