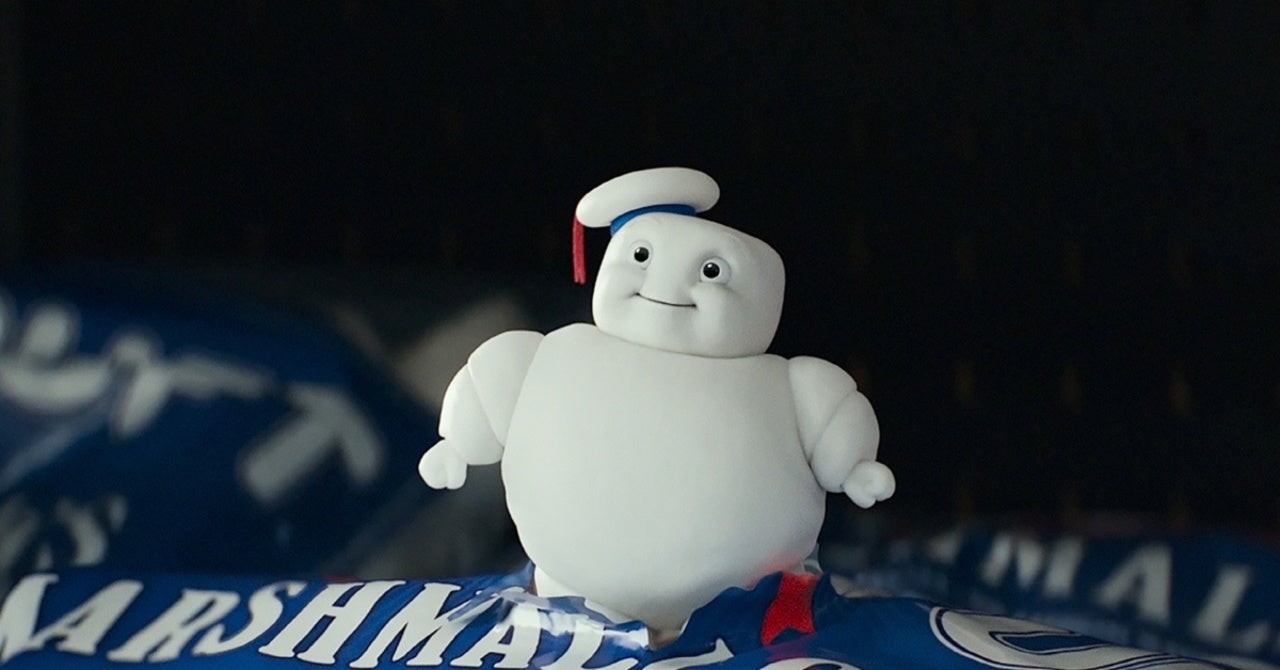 After a few release delays, the highly-anticipated Ghostbusters: Afterlife will be hitting theaters later this year. Most of the stars of the original film will be returning for this sequel, which continues the story of the first two installments, but they won’t be the only familiar faces that fans recognize. Ghostbusters: Afterlife is bringing back the Stay Puft Marshmallow Man, though in a much smaller package. Get ready for a tiny, adorable version of the most iconic villain from Ghostbusters.

On Wednesday, Sony released a clip from Ghostbusters: Afterlife that introduces the new Mini-Puft creatures, tiny versions of the Marshmallow Man that stomped through New York City. This clip shows Paul Rudd, who stars in the new film, getting some toppings for his ice cream, when a horde of Mini-Pufts escape from their marshmallow bags and begin causing chaos. It feels a lot like the Sour Patch Kids commercials. You can check it out in the video above!

Jason Reitman’s take on Ghostbusters was originally set to hit theaters last year, but was delayed due to the pandemic. It was pushed to a summer 2021 release before being shifted to its current release date, on November 11th.

This new film is rooted in the nostalgia and story of the original Ghostbusters, which is what exactly what the fans of the franchise have been hoping to see. Believe it or not, the cast was equally as excited about the project. Over the summer, Ernie Hudson sat down with ComicBook.com over Zoom to talk about getting the gang back together for Afterlife, an experience that he said moved him deeply.

“Jason Reitman — who actually was in the second movie, he was the kid who opens the second movie, and I just remember him being around the set on both of the movies. So I know that he grew up with them, it’s very personal to him, he wrote an amazing script, and he’s established himself as a director on his own right,” Hudson began. “He’s a wonderful director and so when this started to happen, and because Jason was involved, I felt this would actually happen, I was really excited about it. But when it happened, going to the set for the first time and seeing Sigourney Weaver and Bill [Murray] and Dan [Aykroyd], honestly, it was almost spiritual. I mean, I know that sounds weird, but I was very moved by it. I was very touched.”

What do you think of the new Mini-Pufts in Ghostbusters: Afterlife? Let us know in the comments!