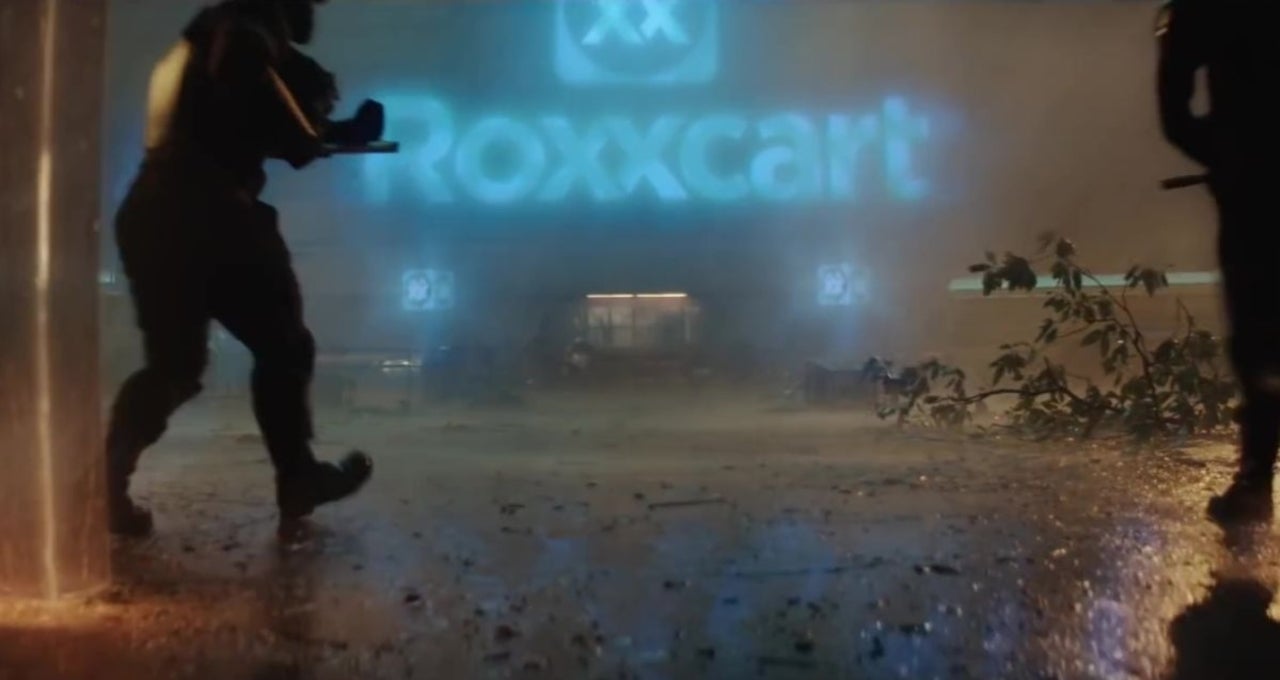 One of the more notable shots in both of the trailers for Marvel Studios’ Loki was a super market location called “Roxxcart,” seemingly a chain store subsidiary of the Roxxon Oil Corporation. It seems like this spot will be featured pretty prominantly in at least one episode of the Disney+ series and now a mysterious website for the brand has appeared online. Roxxcart.com simply has the logo for the brand on its home page with no other buttons available to be clicked. But is this the start of a viral campaign to promote Loki and the time-bending Time Variance Authority? Not so fast my friends.

A closer examination of the website reveals there are no copyright or trademark information for Marvel or Disney seen in the source code or on the page itself, which would likely be present even if this was an attempt at viral marketing. A look-up of the domain reveals it was registered in December of last year with the registrant unavailable to be seen, another knock against it being official as other Disney owned websites have their information publicly available. ComicBook.com has reached out to Disney to clarify if they own the website, but it seems unlikely.

“The god of mischief will step out of his brother’s shadow and into his own series on Disney+ in May of next year,” Marvel Studios head Kevin Feige teased about Loki during Disney Investors Day last year. “The great Tom Hiddleston returns as Loki, and he’s joined in the series by Owen Wilson, Gugu Mbatha-Raw, Sophia Di Martino, Wunmi Mosaku, and Richard E. Grant. As with our other shows coming to Disney+, we wanted to try something a little different. Explore a new genre for us at Marvel Studios. So, we’ve put Loki in the middle of his own crime thriller. If that sounds a little bit unusual, don’t worry, Loki is just as confused.”