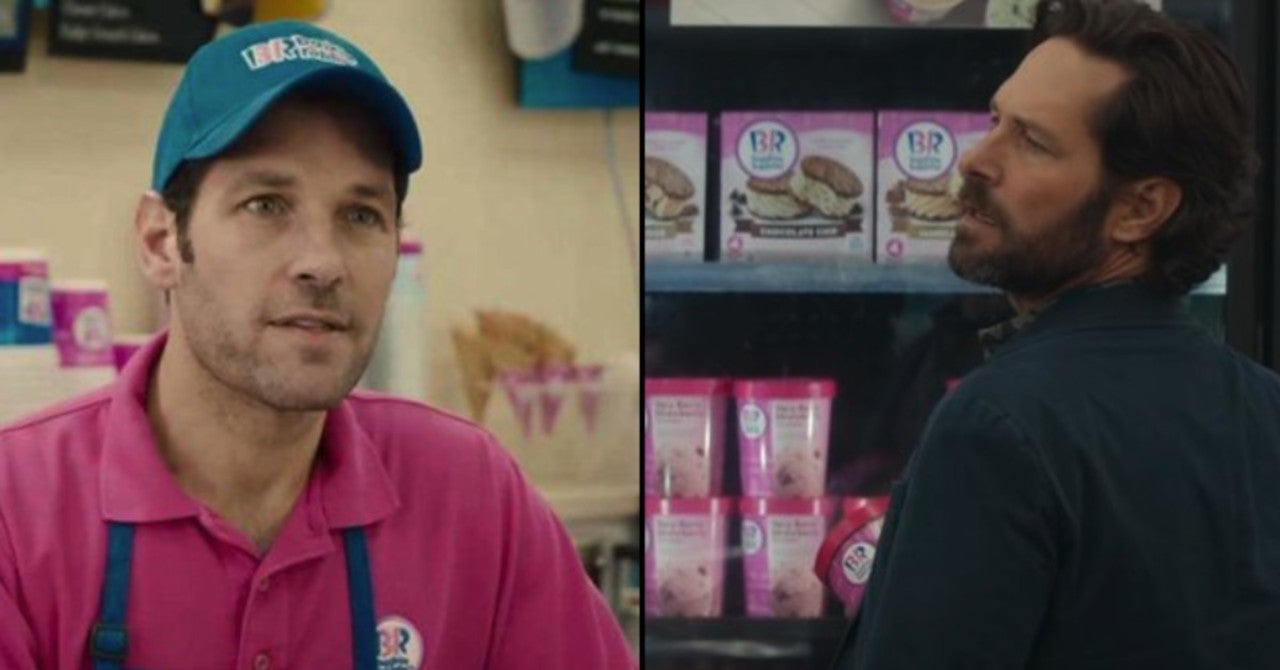 The latest teaser for Ghostbusters: Afterlife has fans thinking Paul Rudd exists in one universe where Ghostbusters and Marvel co-exist. That’s because the new teaser for Ghostbusters: Afterlife features Paul Rudd going out for some routine shopping at a local grocery store – where he quickly finds himself caught up in a supernatural experience. However, before Rudd’s character is taking on a batch of mini Stay-Puft Marshmallow men, he takes a detour to the frozen desserts section of the store, where he comes into contact with a familiar ice cream brand: Baskin Robbins.

The ice cream maker is Paul Rudd’s old foe from Marvel’s Ant-Man franchise. In the first film, Rudd’s character, Scott Lang, gets out of prison and tries to get a job at Baskin Robbins – only to find out that Baskin Robbins has more stringent recruiting standards than the CIA.

Check out how fans are now claiming that Marvel and Ghostbusters actually exist in a shared Baskin Robbins Universe:

🤣🤣😂😂🤣 love this clip. Him standing in front of Baskin Robbins reminds me of the Ant-man Movie. pic.twitter.com/YSRRvGBuvS

The classic line from Ant-Man. Never stops being true.

Paul Rudd is locked in a movie universe hell, of 36 flavors.

The Haunting of Baskin

Paul Rudd is experiencing the ghosts of the past in this Ghostbusters: Afterlife scene.

i am now craving baskin-robbins

Maybe this has been the real goal, all along. Check every other Paul Rudd movie, quick.