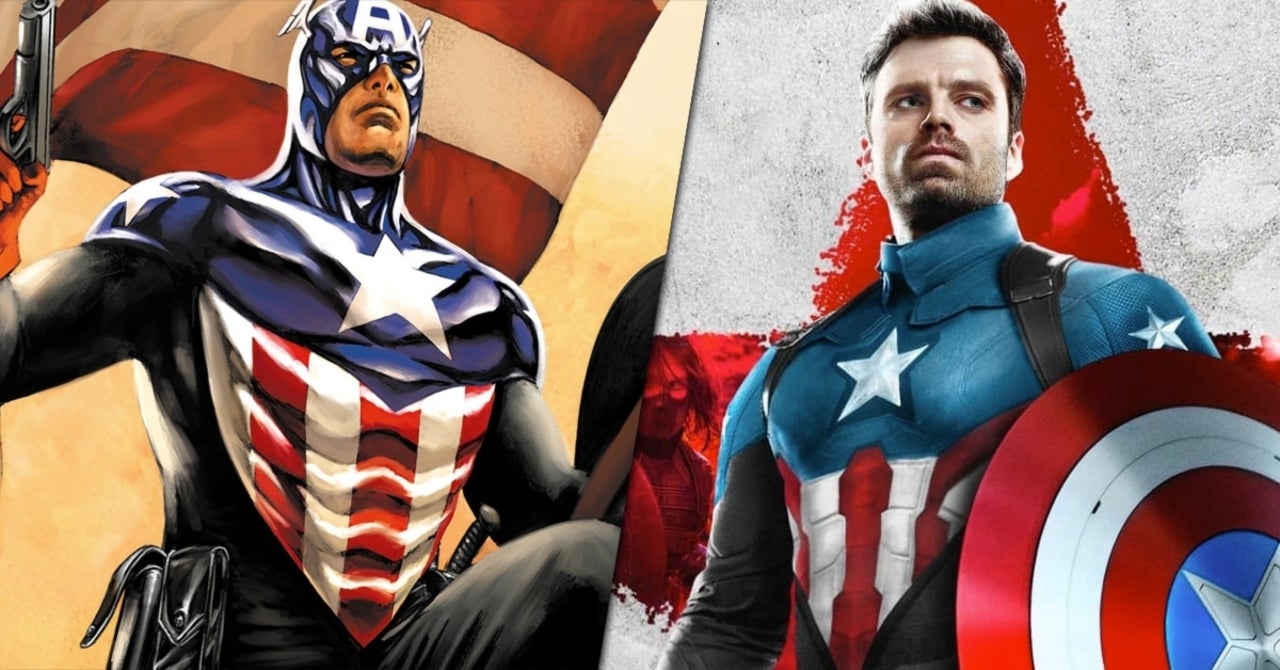 The Marvel Cinematic Universe has a new Captain America, and he’s pretty much hated by everyone at this point. Should John Walker (Wyatt Russell) not pan out as the next shield-wielding Avenger, that means either Sam Wilson (Anthony Mackie) or Bucky Barnes (Sebastian Stan) will end up picking up the shield. With that in mind, one The Falcon and the Winter Soldier fan has crafted some impressive fan art featuring the latter donning the stars and stripes.

Shared by Instagram artist @artoftimetravel, the artwork features Stan’s likeness wearing his comic-accurate Captain America suit. After all, the character did temporarily don the mantle shortly after Steve Rogers was assassinated in the Marvel source material. In addition to the classic blue and scarlet look, the fan art adds in some black — an homage to Barnes’ past as the Winter Soldier.

Though we’ve seen both Barnes and Wilson toss the shield around in the show’s marketing collateral, it’s evident — largely thanks in part to the various toy leaks surrounding the show — that Mackie’s Falcon will eventually be the new Captain America. According to Mackie, he feels Wilson doesn’t want to call himself by his friend’s name in fear of inadvertent disrespect.

“Well, because the shield belongs to Steve, and you know, Sam got into this because of his relationship with Steve. Sam wasn’t waiting in the wings, hoping and waiting to become Captain America. The whole goal and idea was to save the world with Steve. So if he’s Cap, that means Steve is no longer with him,” Mackie told MTV earlier this month. “So, it takes the fun out of it. You know, the idea of being a superhero and being Captain America as a Black man, representing a symbol that for 500 years, has literally enslaved, downtrodden, and persecuted you people is a harsh reality to try and come to grips with.” You can watch the full interview in the video below:

What have you thought of the three episodes of The Falcon and the Winter Soldier so far? Let us know your thoughts either in the comments section or by hitting our writer @AdamBarnhardt up on Twitter to chat all things MCU!

Assassin’s Creed Creator Reveals Why It’s No Longer a Stealth Series
MonsterVerse Executive Says There Are More Movie Ideas in the Works
Black Lightning’s Jordan Calloway on Setting Up a New World For Painkiller
Friends Reunion Wraps Filming For HBO Max
Top Gun: Maverick Was Delayed Due to World Tour Plans Being Complicated