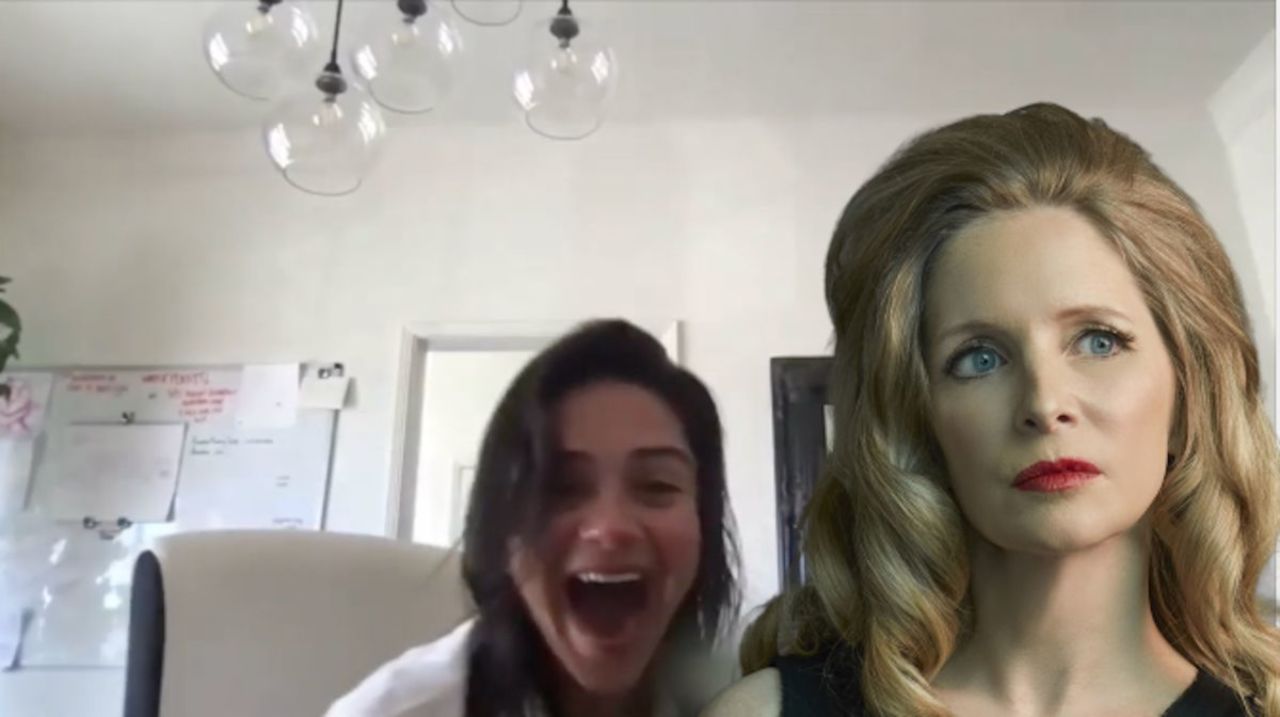 Last month, The Young and the Restless actress Sasha Calle made history when she was cast in the role of Supergirl for Warner Bros.’s The Flash with It director Andy Muschietti. The announcement came in an unconventional way: via a short video, posted to Muschietti’s social media accounts, in which Calle did not know she was being offered the job, but instead believed that she had another round of interviewing to do. In the video, Muschietti asks her a couple of questions, including “Can you fly?” The result is a funny, sweet video in which the audience finds out right along with Calle that she will be the next Supergirl.

Lauralee Bell, who is set to appear in a pair of movies based on VC Andrews’s Landry family saga on Lifetime starting this weekend, also plays with Calle on The Young and the Restless. She told ComicBook that she was as surprised — and charmed — as everybody else when she saw Calle’s announcement video.

“That was so adorable,” Bell said of the video. “She seemed so confused…’can I fly?’ It didn’t seem like ‘I know this call is a setup.’ It was just all wonderful, the surprise and shock. I’m very happy for her. Every time someone gets another part on our show, it’s the same thing. When [the cast of The Young and the Restless] are together as a group, when they hear I’m doing another Lifetime movie or something like that, there’s genuine happiness.”

She also told us that she was proud of The Young and the Restless fans, who had united to support Calle and defend her against online trolls who weren’t happy that the new Supergirl wasn’t white and blonde like her comic book counterpart.

“It’s a new day,” Bell said. “Shows are going to be more diverse, and that’s how it should be. How you envision the character — you’re going to have to be open-minded.”

Calle marks the first time the character has been played by a Latina. In the comics and on The CW’s Supergirl, Kara Zor-El is Superman’s first cousin, and is a blonde-haired, blue-eyed character. In a tie-in comic released around the time of Man of Steel, Kara Zor-El was depicted as blonde as well — but instead of being Sueprman’s cousin, she was an ancestor of his, who traveled to earth thousands of years ago and was stranded here, her scout ship being the one Clark Kent found in the movie.

The Flash is currently scheduled to open in theaters on November 4, 2022. Ruby, the first of four Lifetime movies in the VC Andrews Ruby Movie Series, will debut tomorrow at 8 p.m. ET/PT on Lifetime.