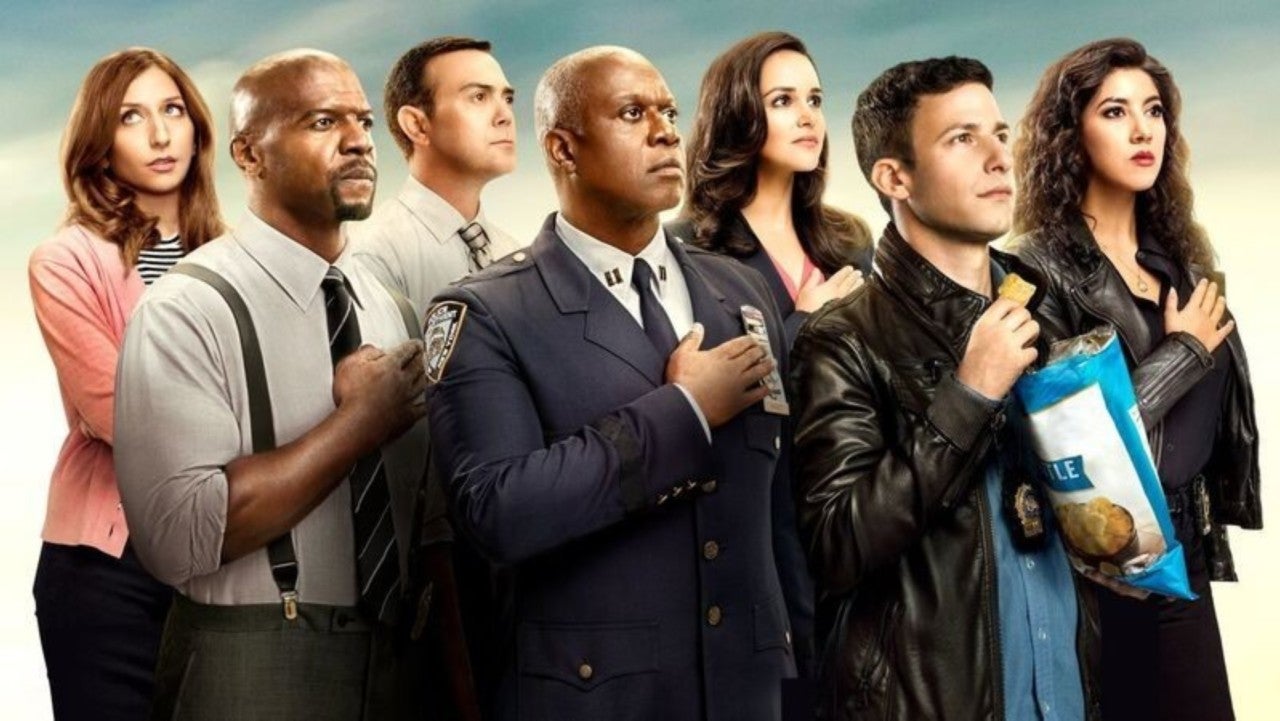 Almost two months after confirming the series would conclude with its upcoming eighth season, production on Brooklyn Nine-Nine has resumed. TV Line brings word of this news after actress Melissa Fumero posted a photo from the set alongside co-stars Terry Crews and Andre Braugher. “Ba ba ba back in the Nine Nine!!!” Fumero wrote in an Instagram post. “Yesterday, I was so excited to be back at work, I forgot to take a pic to commemorate the occasion, so here’s a Day 2 pic!” Co-star Stephanie Beatriz also posted a photo from the set showing off a scene being filmed in Shaw’s Bar.

According to a report that revealed the eighth season would be its last, the delay in Brooklyn Nine-Nine‘s premiere was chosen specifically in hopes of giving a fitting send-off. “I’m so thankful to NBC and Universal Television for allowing us to give these characters and our fans the ending they deserve,” Executive producer Dan Goor said at the time. “Ending the show was a difficult decision, but ultimately, we felt it was the best way to honor the characters, the story and our viewers. I know some people will be disappointed it’s ending so soon, but honestly, I’m grateful it lasted this long. Title of my sex tape.”

It had previously been revealed that plans for the eighth season had been completely scrapped with the writer’s room starting over after the Black Lives Matter movement and anti-police brutality protests took the country by storm last summer. Those events forced the creatives on the show to re-consider what they wanted a comedy about police to look like, especially heading into its final episodes.

“We’ve had a lot of somber talks about it and deep conversations and we hope through this we’re going to make something that will be truly groundbreaking this year,” Terry Crews previously told Access Hollywood. “We have an opportunity and we plan to use it in the best way possible. Our show-runner Dan Goor, they had four episodes all ready to go and they just threw them in the trash. We have to start over. Right now we don’t know which direction it’s going to go in.”

“The writers are all rethinking how we’re going to move forward,” Andy Samberg told People. “[Everyone is] discussing how you make a comedy show about police right now, and if we can find a way of doing that that we all feel morally OK about? I know that we’ll figure it out, but it’s definitely a challenge.”