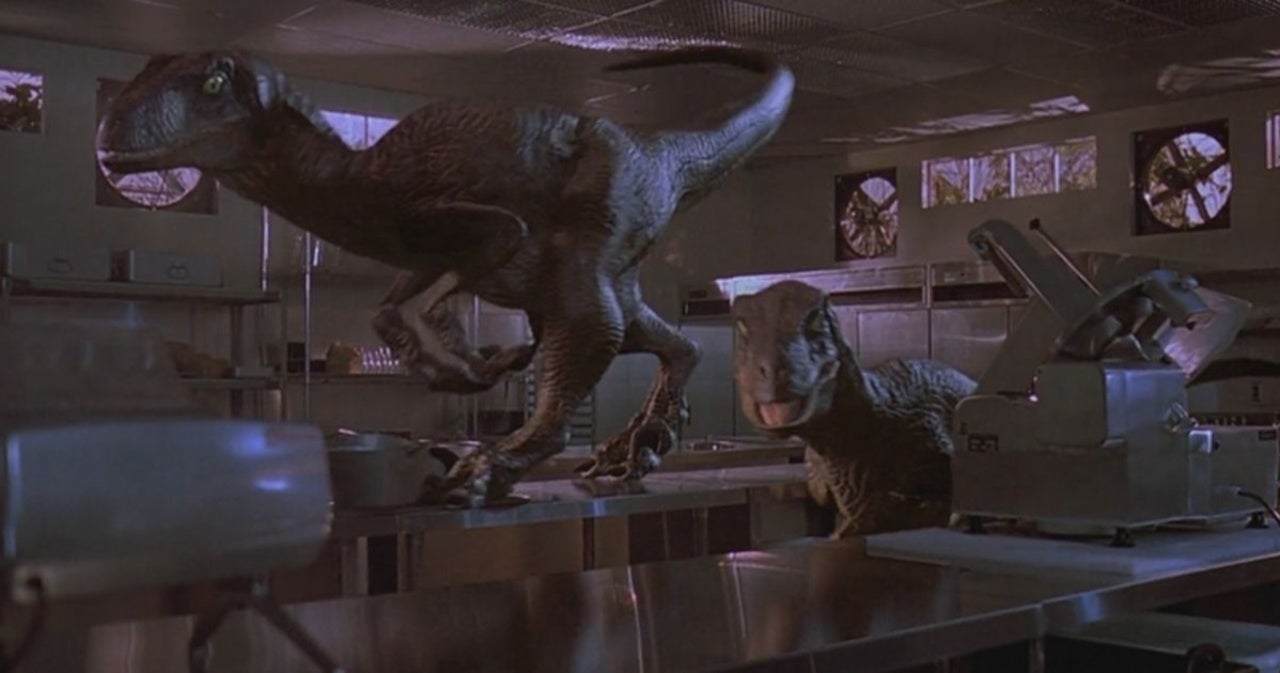 A viral video of a giant monitor lizard climbing up the shelves of a convenience store in Bangkok, Thailand has been going viral online for hours now. Fans have been quick to make pop culture comparisons to the brief video, which has many eager to draw ties to the recently released Godzilla vs Kong, but the official Jurassic World account got in on the fun in the best way possible, retweeting the video with the simple caption: “Wasn’t us.” It would be easy to think they were behind it all considering the upcoming film in the series is all about dinosaurs being on the loose in the real world.

Filmmaker Colin Trevorrow returns behind the camera for the upcoming Jurassic World: Dominion, which was able to complete filming despite COVID-19 lockdowns (though it was delayed a full year by the studio. Speaking in a previous interview about the sequel, Trevorrow told EW: “What was important for me was, when you watch Dominion, you really feel like you are learning how much of a story that first set of movies was and how everything that happened in those movies actually informs what ultimately is able to happen in this. If kids who are born today are going to be presented with six Jurassic Park movies — you hope the parents will buy them the box set — you hope they are going to get to feel like they watch one long story.”

Though it would appear there’s an air of finality arriving with the release of Dominion, series producer Frank Marshall previously promised that it is far from the end of the franchise. When previously asked by Collider if the new film would be the end of the series, he confirmed “no” while adding, “It’s the start of a new era.”

Jurassic World: Dominion is set to be released in theaters on June 10, 2022.