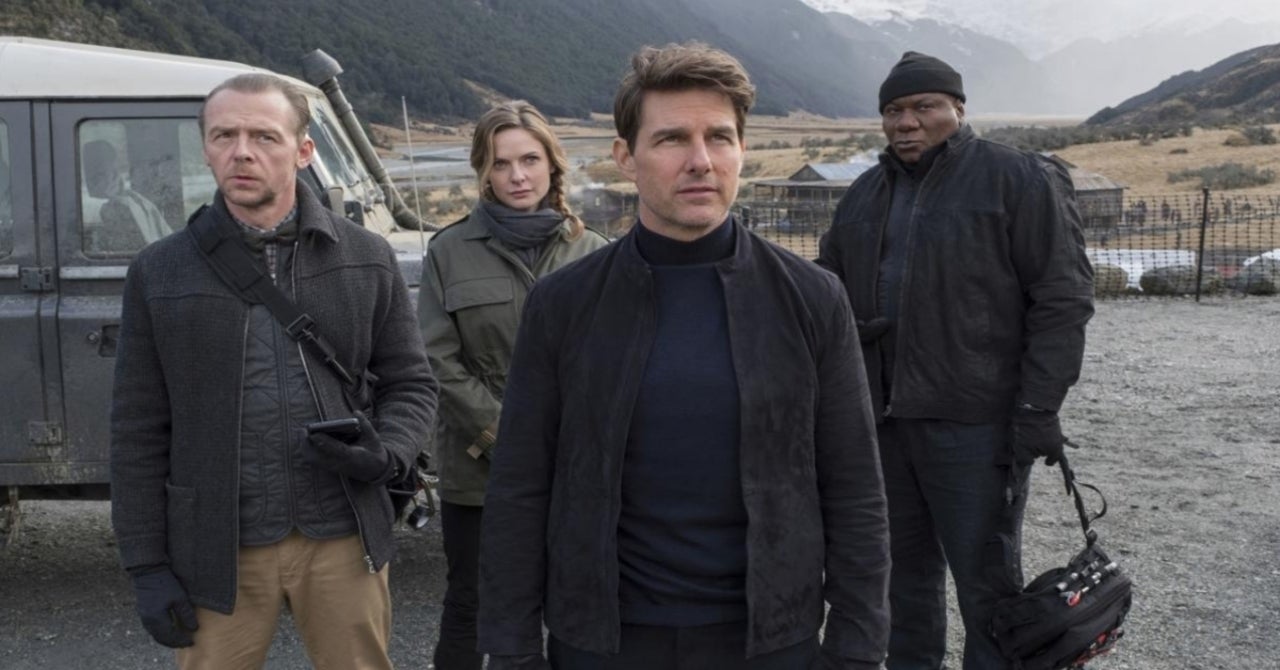 Simon Pegg’s Instagram is becoming more and more fun every day! Yesterday, the actor took to his stories to kill some time on set and ended up sharing some hilarious fake updates on Mission: Impossible 7‘s plot. The actor has also shared a lot of photos with his Mission: Impossible co-star, Rebecca Ferguson, but no image has been quite as delightful as the one he shared today. In a photo taken by director Christopher McQuarrie, Simon and Ferguson are cuddled up on set with franchise star, Tom Cruise. It’s certainly not an image you’d expect to see from Ethan Hunt, Isla Faust, and Benji Dunn.

“Chilling between shots. Standard formation. 📷 @christophermcquarrie,” Pegg wrote. Michelle Monaghan, who played Julia Meade in multiple M:I movies, had the perfect response. “Ok. We should probably have a family sit down about this,” she commented. You can check out the photo below:

Based on the fact that Cruise appears to be naked and Ferguson is wearing an oversized men’s shirt, we can’t help but wonder if Pegg interrupted an intimate moment between Ethan and Ilsa. The two characters had a lot of heat in the last two movies, and Mission: Impossible – Fallout teased a romance was blossoming. However, the characters have yet to kiss over the course of two movies, and some of us are dying for it!

Originally, Mission: Impossible 7 and Mission: Impossible 8 were supposed to film back to back, but it was recently reported that production on the still-untitled eighth installment will begin after Tom Cruise completes promotional duties for Top Gun: Maverick. McQuarrie also confirmed recently that the seventh movie had wrapped filming in the Middle East and they planned to return to London for “a few finishing touches” ahead of their “greatest challenge yet.”

In addition to Cruise, Pegg, and Ferguson, Mission: Impossible 7 will feature the return of Ving Rhames, Vanessa Kirby, and Angela Bassett. Marvel stars Pom Klementieff and Hayley Atwell will also be making their M:I debut in the seventh installment. Recently, it was announced that Rob Delaney (Deadpool 2), Charles Parnell (Top Gun: Maverick), Indira Varma (Game of Thrones), Mark Gatiss (Sherlock), and Cary Elwes (Stranger Things) would be joining the cast.

For now, Paramount has dated its pair of untitled Mission: Impossible sequels for November 19, 2021, and November 4, 2022.