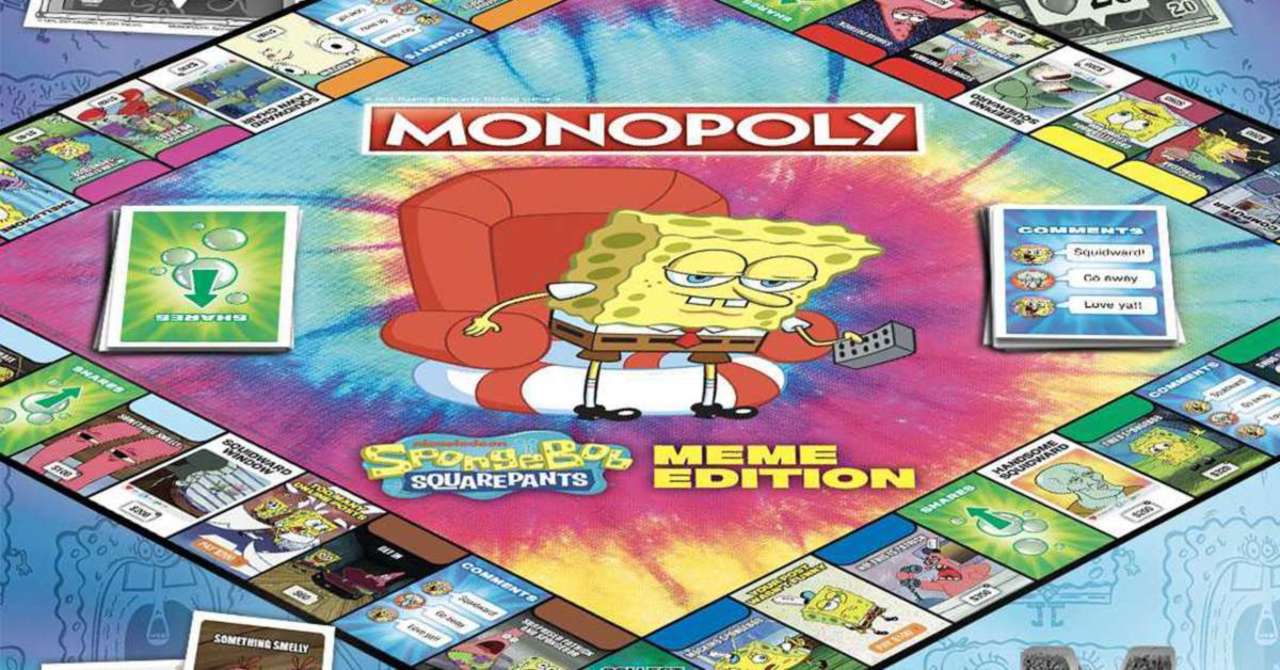 As noted, achieving sweet victory in the game is all about becoming the biggest internet sensation. To that end, Comments and Shares replace the traditional Community and Chest cards, and Posts and Collections replace Houses and Hotels.

If you’re sold on the SpongeBob SquarePants Meme Edition of Monopoly, you can order it directly from The OP (USAopoly) right here for $39.99. Apparently, there are no plans to bring it to retailers like Amazon at the moment, so grab one via The Op while you can.