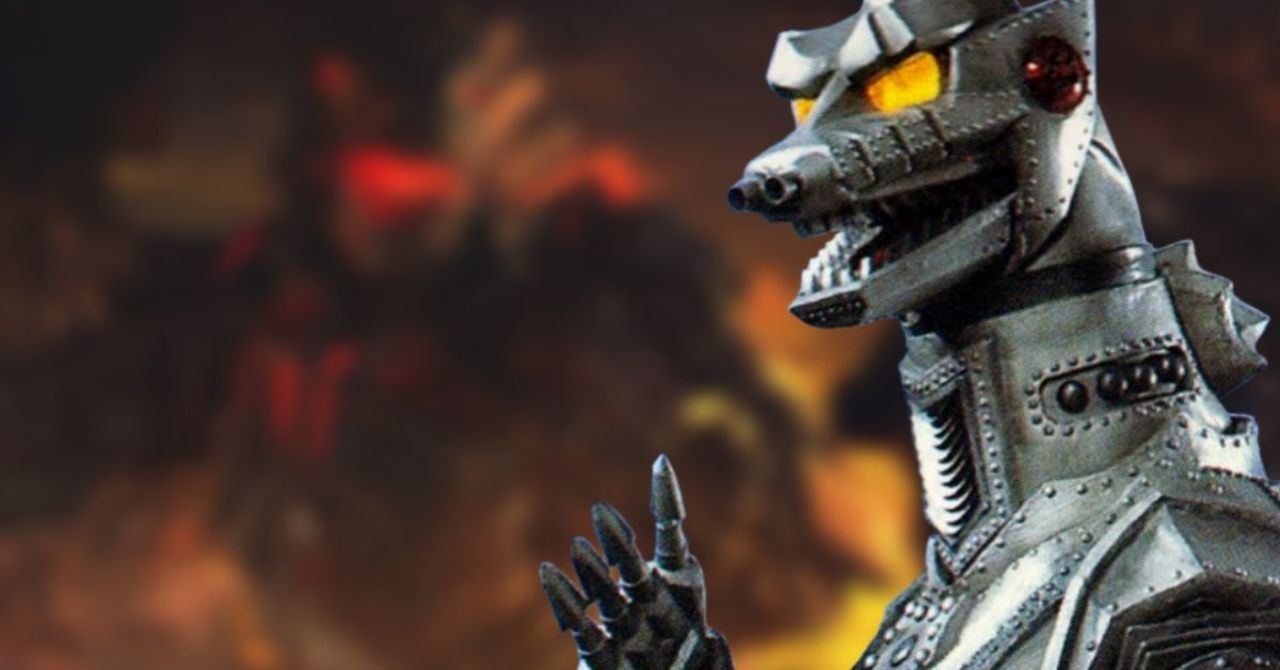 Godzilla vs. Kong’s new Mechagodzilla showed off its first design through some cool concept art for the movie! The climax of the Monsterverse quadrilogy was mainly about the fight between the two titular Titans, but as fans had gotten spoiled for themselves early on through promotional materials and toy releases before the official release of the film, there was a third entry returning from TOHO’s original Godzilla franchise. Mechagodzilla’s appearance in the film might have been one of the worst kept secrets for the film, but its actual design was kept under some pretty tight security.

Now that the film is officially in theaters around the world and HBO Max in North America, concept art behind Godzilla vs. Kong has begun to make its debut online. The first of which is from Jared Krichevsky, who shared a cool close look at the MonsterVerse’s Mechagodzilla design before it eventually made its way to the big screen. Check it out below:

The second comes from artist Maciej Kuciara, who worked with Matt Allsopp, on one of the sleek Mechagodzilla moments. Check it out:

Happy Saturday! Another image I did for Godzilla vs Kong. This one was a sketch from Matt Allsopp I was asked to overpaint into fully fleshed out keyframe.#gvk #godzillavskong #godzilla #kingkong #mechagodzilla #art #film #artwork #keyframe pic.twitter.com/zYrl22Nrtj

More Godzilla vs Kong concept art. I did a few keyframes for the movie and was pleased to see how close the film looked to my illustrations. Good times! pic.twitter.com/oPO37DsP0P

As Kuciara points out, the Mechagodzilla design we do get to see in the final film is very close to the design laid out through concept art like this. As for Mechagodzilla’s role in the MonsterVerse going forward, it seems like it might be off the table following the climactic third act of Godzilla vs. Kong but there’s always the opportunity to surprise fans in potential sequels of spin-offs should that happen.

But what do you think? How did you feel about MonsterVerse’s new design for Mechagodzilla? How did you like its use in the film against Godzilla and Kong? Would you like to see this mecha kajiu return in a future MonsterVerse project? Let us know all of your thoughts about it in the comments!

The Unforgiving Bride #1
Hazure Skill: The Guild Member with a Worthless Skill Is Actually a Legendary Assassin #1 – Volume 1
Ryan Spindell Explains How The Babysitter Murders Was Key to Getting The Mortuary Collection Made
Comics Crowdfunding Round-Up: LET ME OUT, A HOWL and 3 more projects we love
Star Wars: Obi-Wan Kenobi Rumor Suggests the Inquisitors Return