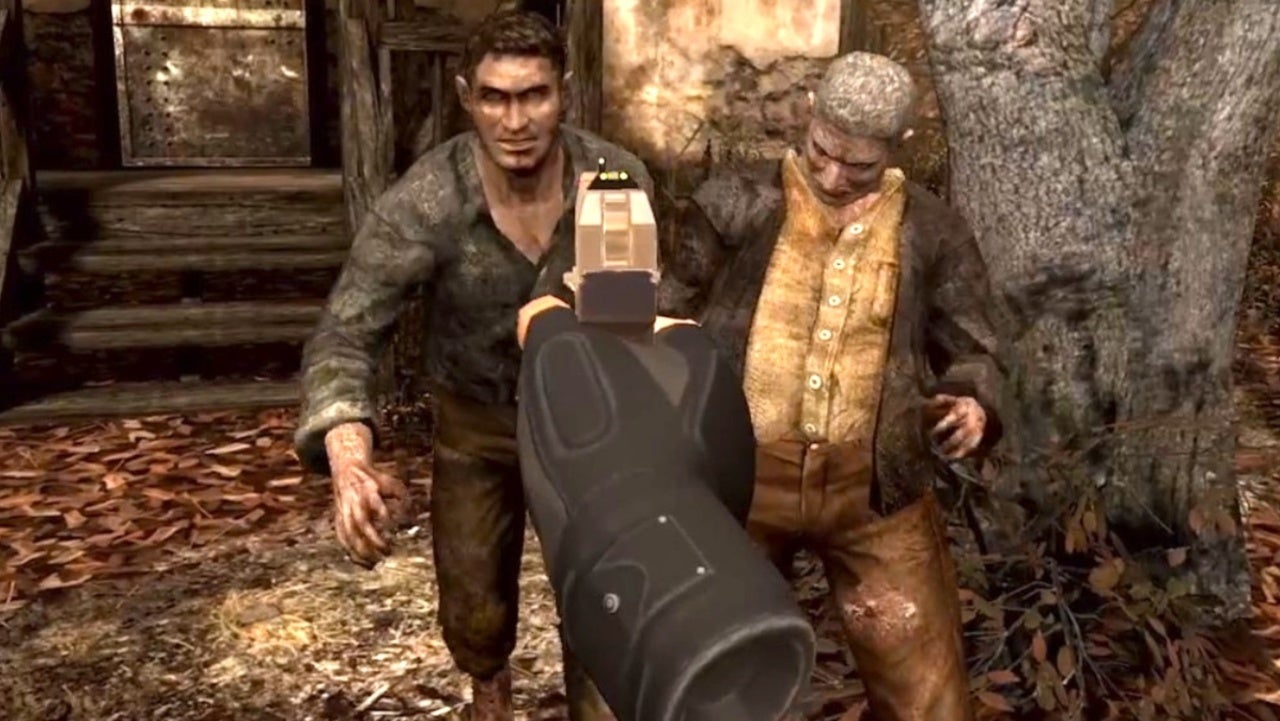 Today, Capcom and Facebook announced Resident Evil 4 VR, a re-release of the survival-horror classic for Oculus Quest 2. To accompany this announcement, the Japanese games developer and publisher also revealed our first look at the remake courtesy of our first-ever trailer of the game, which looks like Resident Evil 4, but modified for virtual reality. Right now, details on the port are scarce, but the aforementioned pair have confirmed more will come at Oculus Games Showcase on April 21st .

Unfortunately, for those holding out for the remake, this is very much not a remake. In fact, there doesn’t appear to be a substantial graphical upgrade from the original game at all.

Speaking of the original game, for those that don’t know, it debuted back in 2005, and originally, it was only available via the Nintendo GameCube. While its name suggests it’s the fourth major installment in the long-running survival-horror franchise, it was actually the sixth major release when it hit in 2005.

That said, while the game initially released as a Nintendo GameCube exclusive, it began development as a PS2 game, and we now know it had quite a troubled development. Despite this, it came out as a massive commercial and critical hit. Upon release, it garnered a 96 on Metacritic and after going cross-platform in the years to come racked up more than 10 million in sales. To this day, it is one of the highest-rated games of all time and considered by many not just the best entry in the series, but one of the greatest games ever.

Resident Evil 4 VR will be available via the Oculus Quest 2 when it releases. For more coverage on it, the Resident Evil series, and all things gaming — including all of the latest news, rumors, and leaks — click here.

“In Resident Evil 4, special agent Leon S. Kennedy is sent on a mission to rescue the U.S. President’s daughter who has been kidnapped,” reads an official pitch of the game. “Finding his way to a rural village in Europe, he faces new threats that are a departure from the traditional lumbering zombie enemies of the earlier installments in the series. Leon battles horrific new creatures infested by a new threat called Las Plagas and faces off against an aggressive group of enemies including mind-controlled villagers that are tied to Los Illuminados, the mysterious cult which is behind the abduction.”