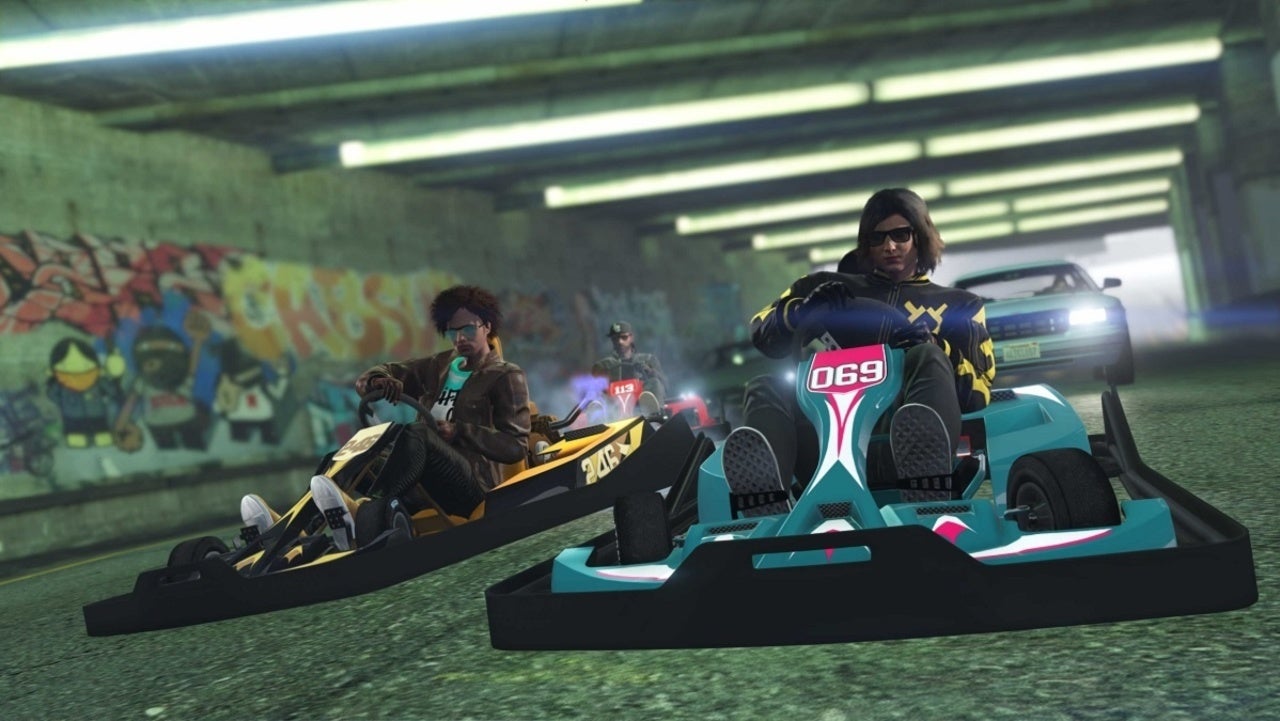 Maintain control of the zone and earn 3X GTA$ & RP this week in both Sumo & Sumo (Remix).

Rockstar Games’ weekly update for GTA Online focuses on two main things this week: Vehicles and weed. The game is giving players the opportunity to earn plenty of bonuses by participating in activities that involve vehicles be those RC Bandito Races or playing in the Sumo game mode, and it’s also giving out more than the usual collection of free stuff to celebrate 4/20. The update is live now with all the bonuses and incentives available, but as usual, they’ll only be around for a week.

To get the most rewards possible from this week’s update, you’ll want to revisit the game’s Sumo mode or familiarize yourself with it if you haven’t already. That’s because it’s giving out triple the GTA$ and RP rewards in both the traditional Sumo mode and the remixed one, so be sure to hop into Sumo before next week.

Maintain control of the zone and earn 3X GTA$ & RP this week in both Sumo & Sumo (Remix).

After that, you can go complete some Biker Business Sales or participate in some RC Bandito Races and weekly Time Trials. Each of those activities is giving out twice the GTA$ and RP, so it’s not quite as lucrative as the Sumo competitions, but it’ll give you something else to do to change things up this week.

And once 4/20 arrives, players can visit a couple of different locations on Tuesday to get some unique rewards. A parachute bag, a suit, and more cosmetics are all set to be available, but only on Tuesday.

“This Tuesday, visit Ammu-Nation to collect the extraordinarily rare High Flyer Parachute Bag,” Rockstar Games said about the rewards. “Then head over to Binco, Ponsonby’s or Suburban to pick up the gratis Green Space Horror Suit and complete the trip by hitting LS Customs for some free Green Tire Smoke.”

Rockstar Games added that players will also be eligible to claim the Fake Vapid T-Shirt and Black Rockstar Camo & White Rockstar Camo Shirt on Tuesday. If you’ve already gotten Vapers Den Tee from before, you’ll get a special variant of that on Tuesday.

Finally, if you’re still busy with the Cayo Perico heists, you’re going to want to keep an eye out for weed during your next run. You get twice the payout for that while the bonuses are live, so grab what you can.