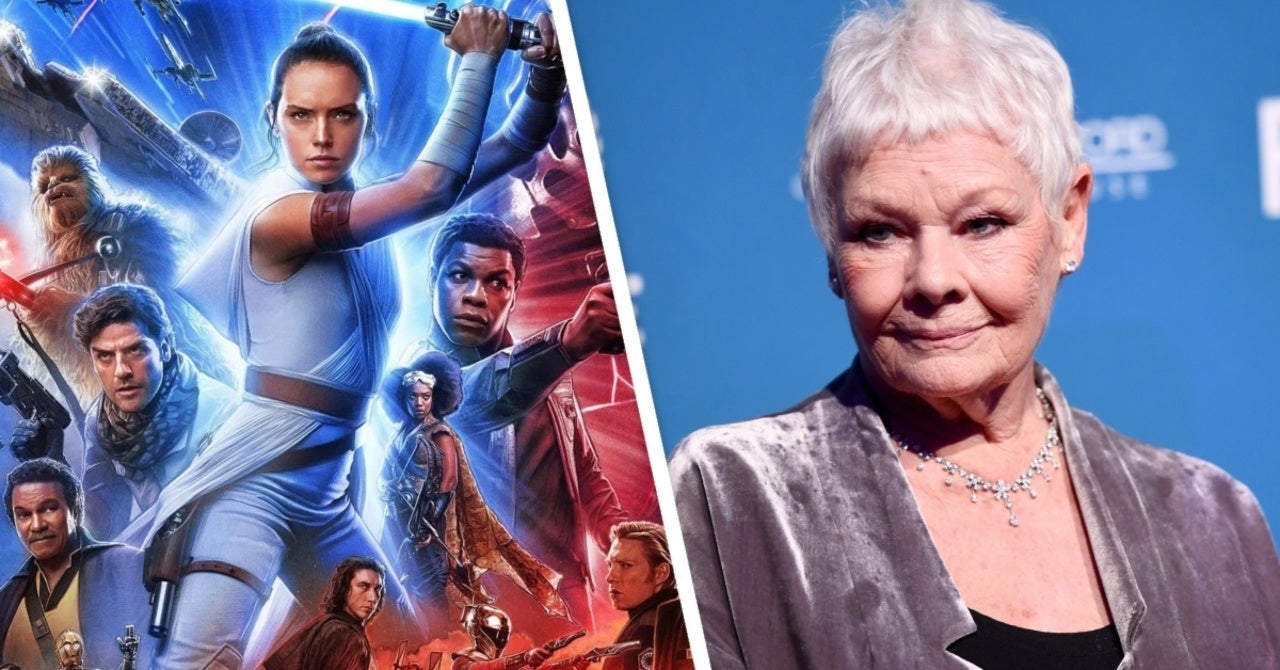 It’s been over a year since the release of Star Wars: The Rise of Skywalker, but the film still finds ways to pop back up into the popular culture. As much as the actual content of the film is still being debated about, the things that were originally supposed to factor into the project have gotten quite a lot of press as well. Concept art and other details have indicated elements that were originally concieved for the film, but didn’t see the light of day — and a new tidbit from concept artist Phil Saunders is no exception. The concept art, which you can check out below, showcases a conversation between Rey (Daisy Ridley) and an older woman, taking place in the interior of a house. As Saunders’ caption about the art revealed, the older woman would have been the original designer of the Millennium Falcon, and Judy Dench would have been shortlisted for the role.

“Another random shot from Star Wars: The Rise of Skywalker,” Saunders writes in the caption. “In an earlier version of the script, Rey would have sought out the original designer of the Millenium Falcon to find a piece of hardware that could stop the First Order armada. Dame Judy Dench was on the wishlist for the role, and would have been great. Rey finds her on yet another desert planet of course, and her home would have been carved into the top of a spectacular mesa. I was just tasked with adapting a piece of reference provided by the art department into an interesting interior.”

The concept art is definitely interesting, both for the actual aesthetic of the scene, and for the significance of what Dench’s role would have been. It’s hard to deny that having the Millennium Falcon’s original creator would have been an interesting aspect of The Rise of Skywalker‘s “swan song” for the larger Skywalker Saga, especially if Dench would have portrayed her.

The inclusion of the Millennium Falcon‘s creator is just one of the elements that never came to fruition within The Rise of Skywalker, something that co-writer Chris Terrio was relatively candid about.

“I’ve never rewritten a film as much as this one,” Terrio shared with Business Insider last year.“It’s like a tide. There’s a new script every morning. But we just keep going at it and going at it, loosely thinking that it’s not good enough. It’s never good enough.”

What do you think of this concept art for Star Wars: The Rise of Skywalker? Are you sad that the Millennium Falcon‘s creator wasn’t in the film? Share your thoughts with us in the comments below!

Game of Thrones, Lost Top Fan Poll of Worst TV Finales
Resident Evil Village Originally Contained a Beloved Character From the Franchise
The Office’s Threat Level Midnight Is Getting its Own Graphic Novel
Legendary Rocker John Kay Had No Idea the Justice League Fought Steppenwolf
INTERVIEW: Gregori and Sitterson talk THE WORST DUDES and making comics to hide from your loved ones