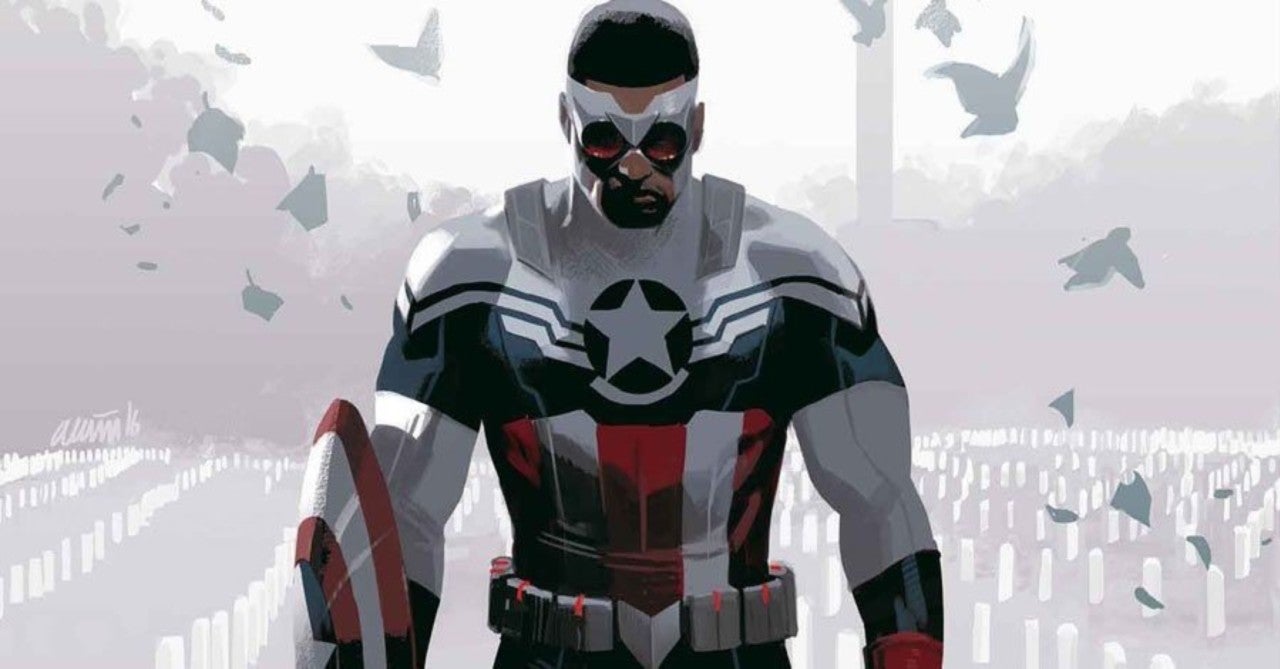 (UPDATE: The Falcon and the Winter Soldier mystery cameo character has been revealed in Episode 5! Click HERE for SPOILERS!)

The Falcon and the Winter Soldier has Marvel fans hyped for a major cameo appearance, which could be revealed in Episode 5 – or perhaps the series finale in Episode 6. The rumors about this big cameo have stated that it will be “an existing Marvel Comics character who is played by a well-known performer… It’s not a character that’s from the Marvel movies. It’s a big Marvel character, and it’s a big actor who hasn’t been named in the series … this is someone we didn’t know was going to be in the series and is an award-winning actor/actress.”

The first and most obvious guess is that the mysterious “Power Broker” who is pulling the strings of the underworld in The Falcon and the Winter Soldier will be played a major name from the acting world. Curtiss Jackson is a major criminal figure from classic Marvel Comics lore – and there is literally any number of major celebrities (men or women) that could take on the role. It would be pretty meta if it turned out to be real-life Curtis Jackson – aka 50 Cent. The reaction from Marvel fans would be priceless.

Florence Pugh will make her debut as Black Widow II/Yelena Belova in Marvel’s Black Widow movie this summer – or will she?

Marvel fans have long wondered why TFATWS was originally slated to come after the Black Widow movie – and subsequently what it means for the Phase 4 storyline now that the ordering has been reversed. Well, an appearance by Black Widow II in The Falcon and the Winter Soldier would fit all the rumor criteria, and explain why Marvel Studios wanted to may be establish Yelena first in BW before having her appear in TFATWS. At this point, though, Introducing Yelena on the show would be a great “button scene” moment to help launch Black Widow.

…And since Pugh already has a major role in a Marvel Disney+ series (Hawkeye), the lane is wide open for her to appear in Falcon and the Winter Soldier, as well.

Having Jeremy Renner’s Hawkeye show up in The Falcon and the Winter Soldier wouldn’t be anything like what the rumors promised – however, having Hailee Steinfeld’s Kate Bishop show up (with or without Clint Barton) certainly would. The Hawkeye series will be the next MCU show set in the espionage world, and since that show will in part look at Barton’s seedy past in his “Ronin” killer-vigilante persona, there are many elements of Barton’s story that could easily connect with TFATWS.

Vincent D’onofrio’s Wilson Fisk (aka Kingpin) character from the Netflix Daredevil series is another leading fan guess (big character, big actor, never in a Marvel movie). Having Kingpin show up as The Power Broker (or just himself) would be a huge win for Marvel Netflix fans, who have been waiting for some of the main players from that franchise to be imported into the MCU.

William Hurt is an award-winning actor – but his character Thaddeus “Thunderbolt” Ross been in Marvel movies, for sure (The Incredible Hulk, Civil War, Infinity War, Endgame). However, in Marvel Comics Ross eventually became “Red Hulk” from a variant serum made from Hulk’s blood – which itself was powered by a variation of the Super Soldier Serum. Red Hulk was a mysterious figure before eventually being revealed as Thunderbolt Ross. With She-Hulk coming down the pike, and a Thunderbolts project long-rumored (a team Red Hulk has been part of), William Hurt could appear as the rumors tease – if he doesn’t appear in human form.

TFATWS introduced the pirate city of Madripoor and its infamous Princess Bar, which is co-owned by none other than Wolverine. Hugh Jackman has hung up the claws – but would definitely fit an “award-winning actor” who played a character that was never in the Marvel Studios movies. Nobody would expect Marvel to introduce a new Wolverine through this series, but given the character’s enhanced powers and long history of espionage work, this is a longshot that a lot of fans want to keep firing off.

If Wolverine is on the table, then Ryan Reynolds’ Deadpool certainly is. Reynolds has already signed on for an R-Rated Deadpool 3 within the MCU, so he’s already on board. Deadpool is first and foremost a mercenary – the kind that would be in good company with any of the ne’er-do-wells that Sam Wilson and Bucky Barnes are now hanging around.

Again, it really boils down to what “Marvel Movie” means in that initial rumor report, since Fox’s Deadpool films weren’t part of the MCU.

Sorry! Sorry! We just had to put it out there. 😂 🤣 Still feel like we’re owed something after WandaVision…

Screw the rumors and their parameters! Every Marvel has been hoping that Chris Evans’ Steve Rogers/Captain America shows up in this series in some kind of way. Evans has been the most versatile about making MCU “cameos” over the years; he once played Tom Hiddleston’s Loki impersonating Steve Rogers in Thor: The Dark World, and showed up as a PSA video recording of Captain America shown to high school kids, in Spider-Man: Homecoming. That proud tradition of quasi-cameos could continue in TFATWS – especially since Avengers: Endgame established that there are variants of Captain America now in the MCU (see: Old Man Steve Rogers).

After WandaVision played us, we have to be ready for this rumor to be a play on words. Sam Wilson and/or Bucky Barnes finally taking up the mantle of Captain America would technically be a “new character” we didn’t get in the movies – and the “big actor” would be either Anthony Mackie or Sebastian Stan. Trust nothing when it comes to secrets and hype in the MCU…

The Falcon and the Winter Soldier’s new episode will stream on Disney+ on Friday.