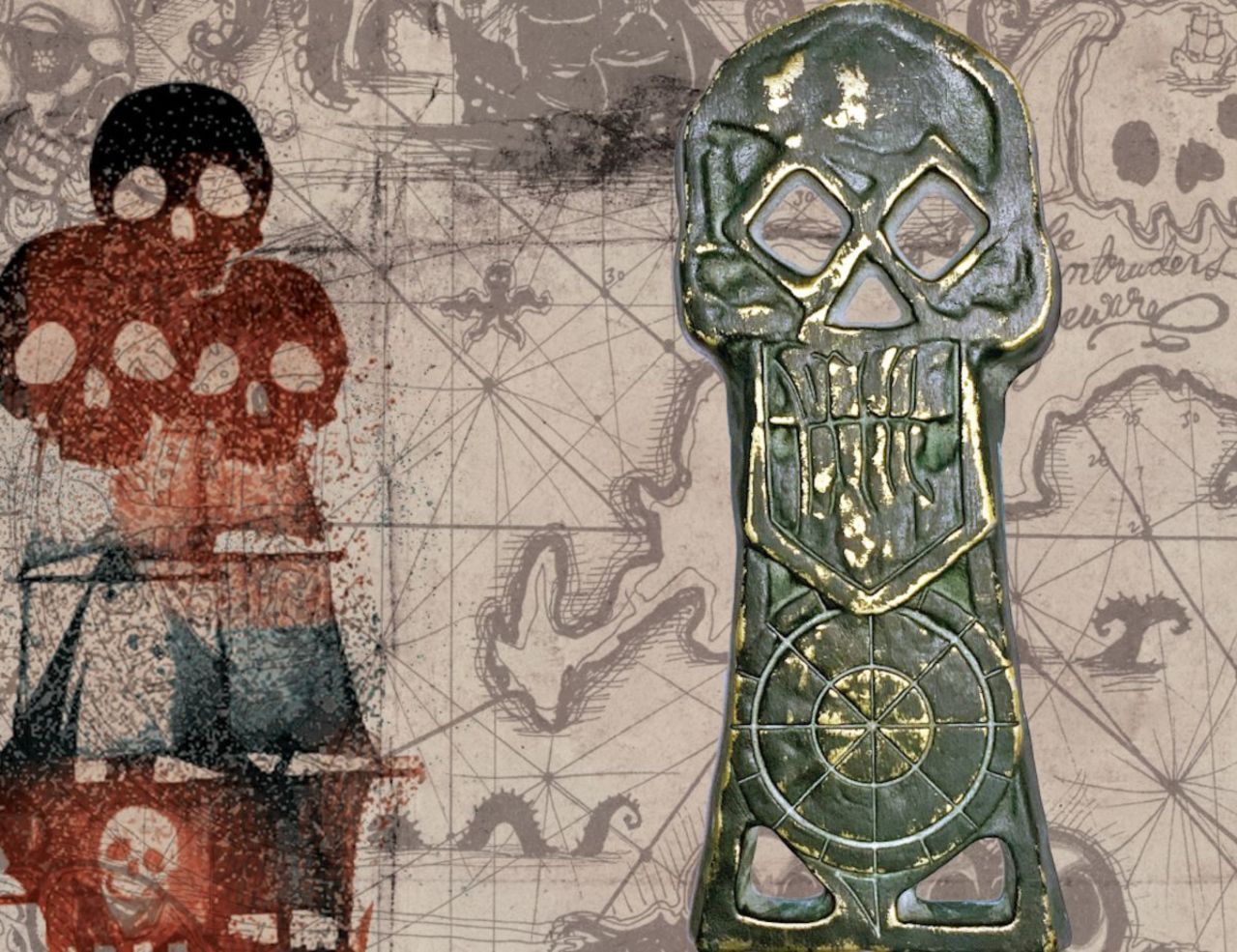 Factory Entertainment, creators of high-quality collectibles, is set to release an officially-licensed and fully screen-accurate Copper Bones Skeleton Key prop replica from Richard Donner’s The Goonies. This is a rarity for older movies: Factory managed to track down the original prop, which apparently had been sitting int he collection of a “prominent filmmaker” for decades. Working with the authorization of Warner Bros. and Amblin, Factory Entertainment was able to locate the actual screen used prop, and then used 3D printing technology to recreate it to the highest possible degree of accuracy, without doing any damage to the original prop.

The FE team was granted access to the piece and was able to capture all of the fine detail that had only been seen by the few people fortunate enough to handle the prop since the film wrapped over 35 years ago. Using this newly available reference, the collectibles company got to work on replicating the prop by creating a digital sculpt, followed by a 3D printed prototype. The prototype was then used to create a casting master, ensuring that everything present on the original prop would remain intact on the replica.

The Copper Bones Skeleton Key Prop Replica is now available to order on Factory Entertainment’s website, and retails for $99.99. It is expected to ship in Fall 2021. This 6-inch long hand painted and weathered limited edition prop replica is cast out of metal, features a leather strap and comes packaged in a collector gift box.

The Goonies is one of the most influential family adventure films of all times, and widely regarded as one of the best movies of the ’80s. The film’s cast recently had a reunion, along with Frozen‘s Josh Gad, to raise money to fight hunger amid a spike in charity demand during the COVID-19 pandemic.

“The same spirit of bravery, sacrifice, and camaraderie that The Goonies showed in our movie is what families all over the world are experiencing as we all face this pandemic,” Donner said at the time. “We are honored to have the opportunity to help No Kid Hungry, and to hopefully bring a little light, and love, into homes across the globe.”

From the imagination of Steven Spielberg, The Goonies plunges a band of small heroes into a swashbuckling, surprise-around-every-corner quest beyond their wildest dreams. Following a mysterious treasure map into a spectacular underground realm of twisting passages, outrageous booby traps, ,and a long-lost pirate ship full of golden doubloons, the kids race to stay one step ahead of a family of bumbling bad guys…and a mild-mannered monster with a face only a mother could love.