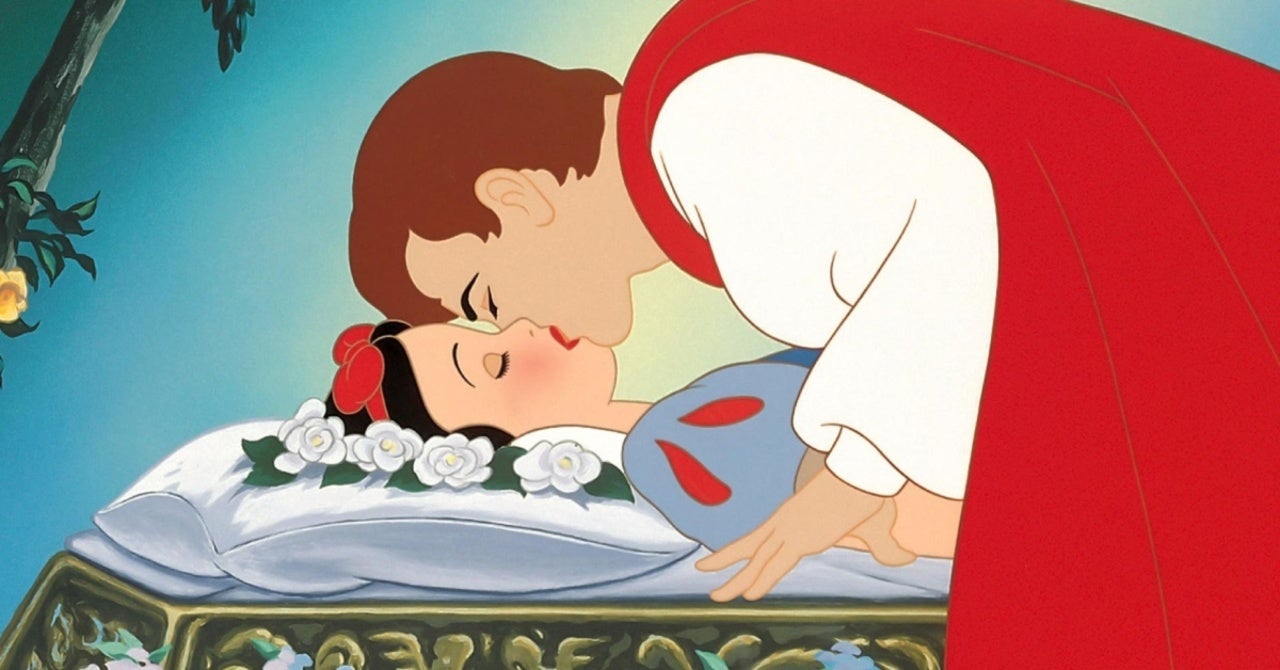 After many months of uncertainty due to the COVID-19 pandemic, a number of major theme parks are beginning to reopen, with Disneyland being among the latest to do so last week. In addition to the sheer novelty of getting to return to the park again, fans were offered a first look at a number of “revamped” attractions, which have been upgraded on various technical and social distancing levels. Among these is the park’s long-standing Snow White attraction, which has now been rebranded as Snow White’s Enchanted Wish and updated with a number of new features. These include new audio, music, animation, and various pieces of laser and LED technology — and apparently, a change to the ride’s canon that has since courted controversy.

Although the ride initially ended with the death of the Evil Queen, the new take on the ride now concludes with a showcase of the “true love’s kiss” between Snow White and Prince Charming — a kiss that, as some have argued, perpetuates negative stereotypes surrounding consent. While the conversation surrounding the problematic nature of the kiss — which occurs while Snow White is trapped in a poison apple-induced slumber — has arguably occurred for decades, the decision to add it to the ride in 2021 has drawn a fair share of positive and negative reactions.

“A kiss he gives to her without her consent, while she’s asleep, which cannot possibly be true love if only one person knows it’s happening,” a recent article from SFGate reads in part. “Haven’t we already agreed that consent in early Disney movies is a major issue? That teaching kids that kissing, when it hasn’t been established if both parties are willing to engage, is not OK?”

This has launched its own cycle of discourse, with a number of people — including New York Rangers player Matt Traynor — arguing that the situation has been blown out of proportion.

I’m sorry, this is what’s wrong with the world. Snow White, a fictional character getting brought back to life by a kiss by her future husband. Y’all taking things too far and ruining the gullible by making them believe this is what to flip out about instead of REAL issues…. https://t.co/KZhKfNiYSG

This new Snow White controversy comes as Disney has changed controversial aspects of a number of its high-profile rides, including removing a “bride auction” scene from Walt Disney World’s Pirates of the Caribbean ride, retooling Splash Mountain to remove its connections to Song of the South, and recently making the Jungle Cruise attraction more inclusive. On a larger level, the parks have also promised to offer gender-inclusive costumes for its cast members.

What do you think of the recent controversy surrounding Disneyland’s Snow White ride? Share your thoughts with us in the comments below!