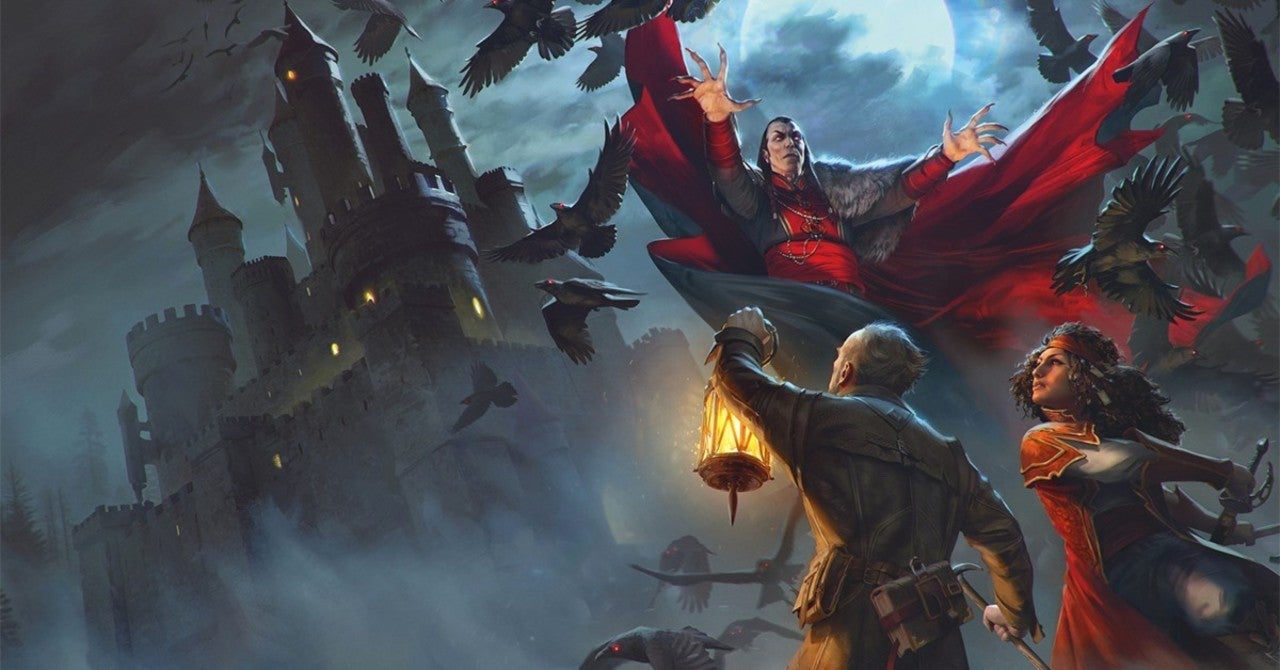 Fans now know what will appear in Dungeons & Dragons’ next book. Van Richten’s Guide to Ravenloft is due out in just over two weeks and review copies are starting to make their way across the country. Lysa Penrose, a tabletop game designer, podcaster, and the brand manager for the DMs Guild marketplace, received an early copy of Van Richten’s Guide to Ravenloft yesterday and posted the table of contents on her Twitter account. The contents not only reveals which Domains of Dread will appear in the book, it also reveals the full list of new monsters that will appear in the bestiary.

Here’s the full table of contents. Have fun zooming in and getting hype!!!!#VanRichtensGuide #Ravenloft https://t.co/M76gKMn6sf pic.twitter.com/q6xspvtno1

It appears that 17 Domains of Dread will have multi-page features in the book, while 22 additional Domains of Dread will have brief summaries. While several well-known D&D characters have sections in the book, the book is notably missing sections on notable Darklords such as Azalin and Adam. We know that Azalin will make at least some sort of appearance in the book (Azalin is shown battling Strahd in a piece of promotional artwork) but this definitely seems like we’ll see a mix of updates and revisions to Ravenloft since Dungeons & Dragons players last fully explored the Mists.

Van Richten’s Guide to Ravenloft is a campaign setting guide that details the world of Ravenloft, a horror-themed setting known for its many Domains of Dread, semi-independent worlds ruled over by Darklords. Each Domain of Dread serves as a prison of sorts for its respective Darklord, tormenting them with their greatest failures and regret and trapping them in a cycle of hatred and despair. Although Dungeons & Dragons re-visited Ravenloft in the popular adventure Curse of Strahd, Van Richten’s Guide to Ravenloft is a more fully-fleshed exploration that gives players and DMs everything they need to build a Ravenloft campaign of their own.

Van Richten’s Guide to Ravenloft will officially be released on May 18th.

“Possibility” of Boseman Win Was Factor in Having Best Actor as Final Oscar, Soderbergh Says
4-Year-Old SpongeBob SquarePants Fan Accidentally Buys $2000 of Popsicles on Amazon
The Falcon and the Winter Solider Director Kari Skogland Says Marvel Encouraged Them to “Push the Envelope”
INTERVIEW: Drew Brockington gets “Bizarro” in METROPOLIS GROVE graphic novel
The Craft Fans Share Love for the Film on Its 25th Anniversary