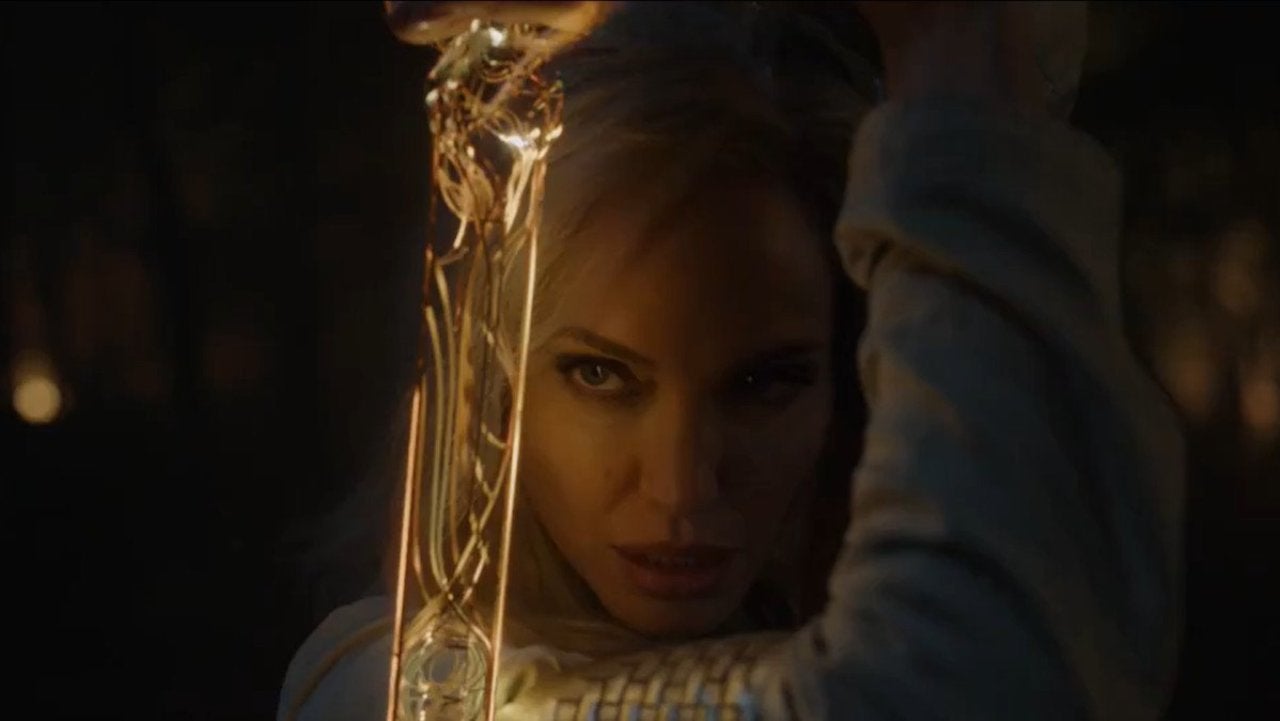 At long last, fans of the Marvel Cinematic Universe have gotten their first official look at Eternals. Months after the feature was initially set to be release in theaters, Marvel Studios unleashed a massive teaser upon the masses showing off the studio’s upcoming slate of theatrical releasing. In the sizzle reel came snippets of the centuries-spanning Eternals, showing off the film’s massive ensemble cast.

Fortunately enough for Marvel, Eternals is helmed by Chloé Zhao, hot off a Best Director win at the 93rd Academy Awards. Shortly after her win at the Oscars, Zhao told Variety she was in the “final stretch” of getting the feature ready for the silver screen.

“Just like sculpturing, you never want it to end. You just want to keep going until they tell you you can’t keep going anymore….I think everyone in my life close to me knows that I’m maybe working a little too much,” the director told Variety. “Yes! This afternoon I’m going back to Disney to work on Eternals. Right after this interview. I’m probably late.”

Moments later, Zhao expressed thanks for the artistic genius of the late Jack Kirby for creating the group of characters and laying the groundwork for the movie.

“Jack Kirby and his imagination, his incredible work, is really the foundation of it. On top of that, there is what Marvel Studios has built, this incredible journey they have going on. And then on top of that is me as a fan of the MCU. And then, me as a fan of the genre, but also growing up with sci-fi and manga and fantasy films. And how can we have this big melting pot and cook up something that may just taste a little bit different? It was just an exciting thing; all of us went in wanting to do that. We’ll see.”

In that same interview, Kevin Feige praised Zhao’s insistence for filming the movie on practical sets whenever possible.

“And I had to keep saying, ‘This is right out of a camera; there’s no VFX work to this at all!’” the Marvel Studios boss said. “Because it was a beautiful sunset, with perfect waves and mist coming up from the shore on this giant cliffside — really impressive stuff.”

Eternals is currently set for release on November 5th.

What’d you think of the first look at Chloe Zhao’s Eternals? Let us know your thoughts either in the comments section or by hitting our writer @AdamBarnhardt up on Twitter to chat all things MCU!

Xbox Asks Fans To Describe Their Favorite Games As Quickly As Possible
With the Sheikh in His Harem #1 – Volume 1
Paranormal Activity 7 to Hit Paramount+ by the End of 2021
A Year of Free Comics: Life gets unexpectedly complicated for LUMINE
Call of Duty Cuts Ties With Ghost Voice Actor Over Sexist Comments