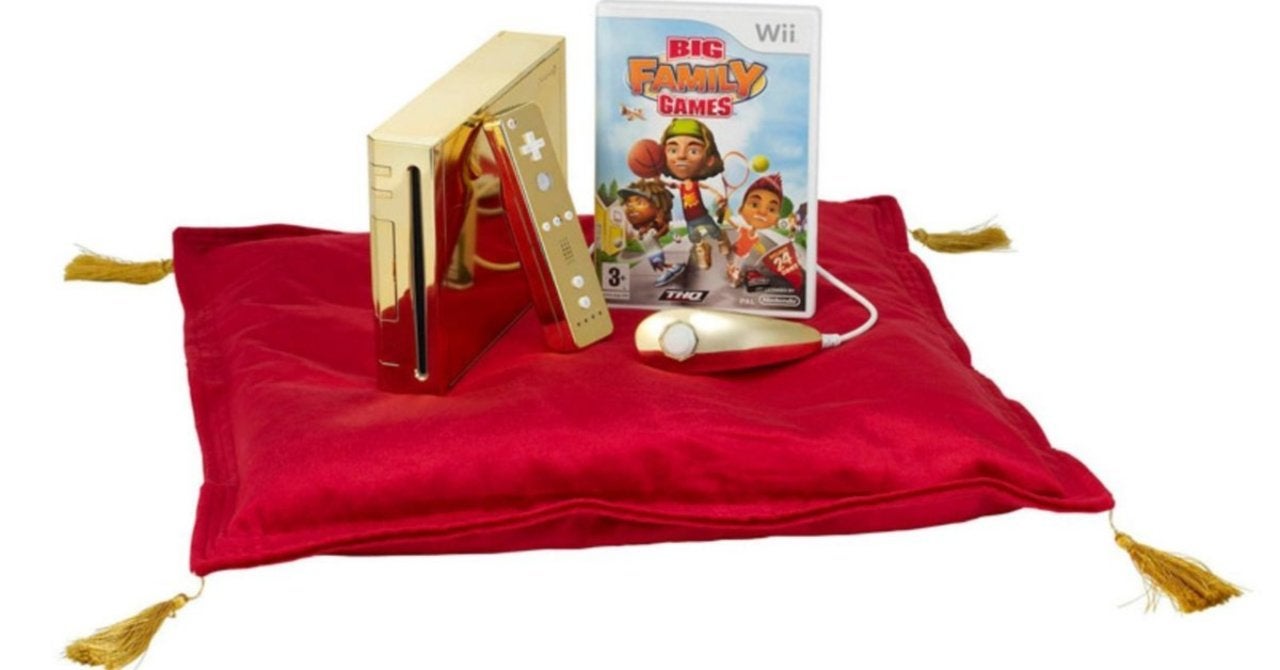 A 24-karat gold-plated Nintendo Wii created for Queen Elizabeth II is now available for purchase. The custom system was created as part of a PR stunt for THQ’s Big Family Games, after an article revealed that the Queen was a fan of Wii Sports bowling. Unfortunately, THQ could not get the system in the Queen’s hands, and it eventually was acquired by collector Donny Fillerup. The incredibly rare console has been a proud part of Fillerup’s collection for the last few years. On his website, Fillerup revealed he is now “moving on with life” and looking to purchase his own home. The system can be found on eBay for $300,000 right here.

In 2019, People Make Games tracked the history of the system, revealing that gifts for the Queen are typically turned down. After that happened, the system was sent back to THQ where it presumably remained until the publisher went bankrupt in 2012 (the THQ name was sold to Nordic Games in 2014). Eventually, the system made its way to Fillerup, who owns a massive collection of console variations.

It will be interesting to see whether or not the system ends up being sold. The gold-plated Wii is a really unique piece, and one that a lot of Nintendo fans would be lucky to have as part of their collection. The system’s history is bizarre to say the least, but that adds to its charm! There have been other gold-plated systems since, but this one’s history makes it even more interesting.

The history of the video game medium is filled with bizarre promotional items. Over the years, a lot of those have sold for quite a bit of money, and this one also happens to be functional. The Wii is one of Nintendo’s biggest success stories, so there are quite a few gamers that remain passionate about the console. Whether or not any of those fans are willing to spend $300,000 on a console variant remains to be seen, but it would certainly make for a great display piece!

Are you a fan of the Nintendo Wii? Is this something you’d love to have in your collection? Let us know in the comments or share your thoughts directly on Twitter at @Marcdachamp to talk all things gaming!