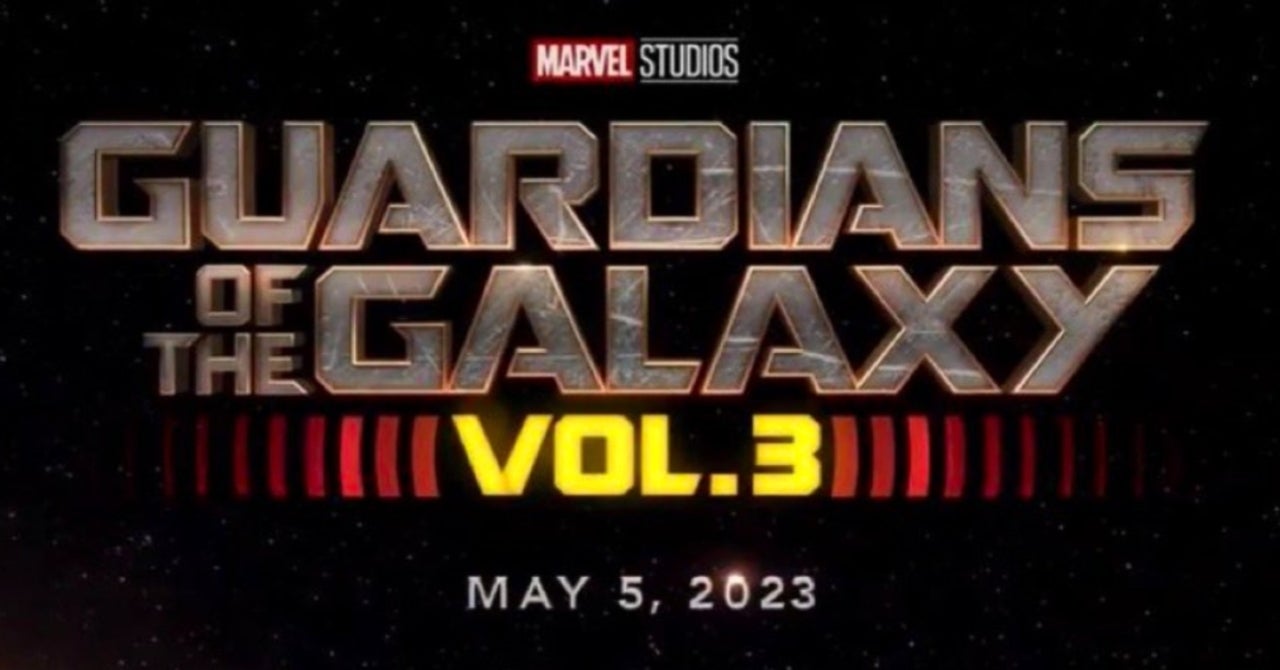 It’s “lucky” Guardians of the Galaxy Vol. 3 couldn’t open in 2020 like originally planned, says returning writer-director James Gunn. The threequel, which Marvel Studios set for May 2023 with a title treatment reveal on Monday, was expected to release in 2020 on one of the dates the Disney-owned studio marked for that year: May 1, August 7, or November 6. In summer 2018, Gunn was fired by then-Walt Disney Studios chairman Alan Horn over resurfaced offensive tweets; by March 2019, Gunn was reinstated as director and it was agreed Disney-Marvel would wait for Gunn to complete The Suicide Squad for Warner Bros. and DC before returning to the MCU on Vol. 3.

“Lucky. We didn’t have to have our date pushed a number of times like everyone else,” Gunn tweeted when responding to a fan who asked how the filmmaker feels “knowing this movie was supposed to come out last year.”

See you all in theaters two years from Wednesday. 5.5.23 🚀🚀🚀 pic.twitter.com/5XKDkSOYGu

Marvel’s own Black Widow, once set for May 1, 2020, was among the many high-profile films delayed amid the coronavirus pandemic last year. The Scarlett Johansson-starring spy thriller moved to November 6, taking the date reserved by the Chloe Zhao-directed Eternals, later moving to May 2021; Black Widow is now scheduled to open in theaters and on Disney+ on July 9.

Other Phase 4 titles, including Shang-Chi and the Legend of the Ten Rings and Spider-Man: No Way Home, also moved dates due to a reshuffling of the schedule caused by the pandemic.

Lucky. We didn’t have to have our date pushed a number of times like everyone else.

Gunn confirmed in November the Vol. 3 script is completed and production heads are hired ahead of a later 2021 production start. In other tweets sent during his impromptu Q&A session on Monday, Gunn revealed he “of course” had a say in Vol. 3‘s May 2023 release date and that “we’re already FAR down the path of making the movie – it’s written & largely designed, just not filmed.”

Last April, just weeks after much of the entertainment industry shuttered due to COVID-19, Gunn tweeted DC’s The Suicide Squad had no reason to move off its August 2021 release date set by Warner Bros. in January 2019. Gunn wrote at the time that his DC Films production starring Margot Robbie, Idris Elba, and John Cena was “extremely fortunate to wrap shooting & set up editing from our homes (due to a post-production team & studio with foresight) before quarantine.”

The Suicide Squad is scheduled to release in theaters and on HBO Max on August 6. Marvel on Monday dated Guardians of the Galaxy Vol. 3 for May 5, 2023.