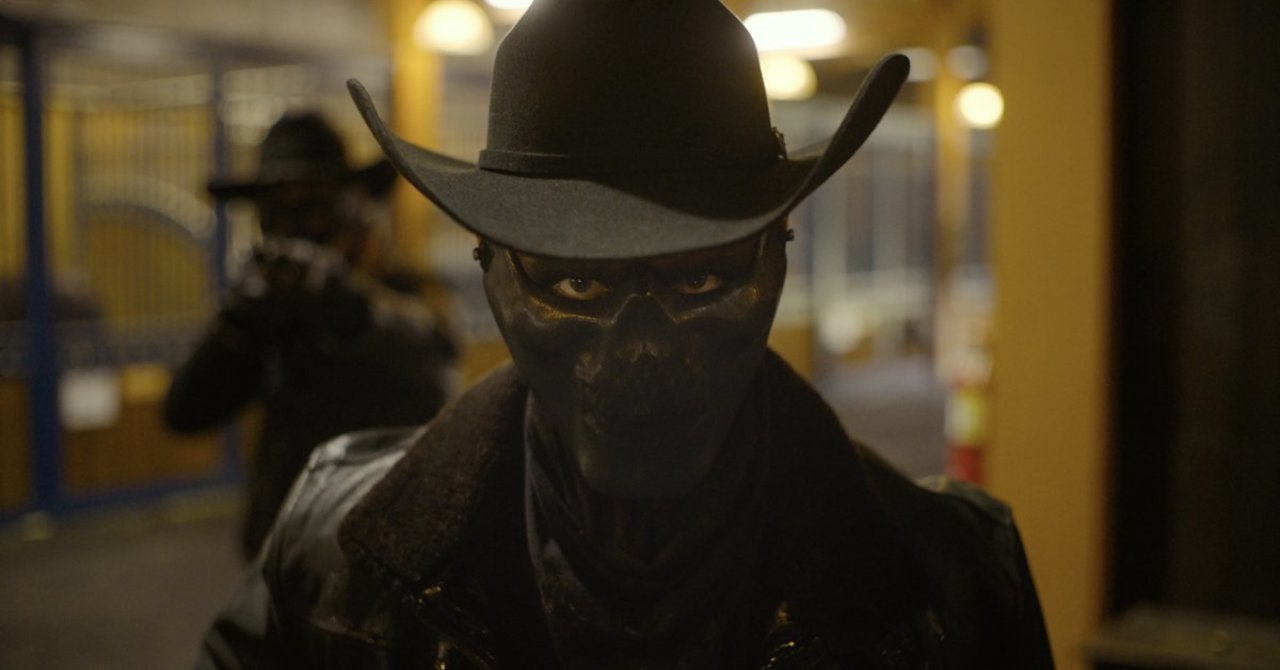 Originally slated to hit theaters last summer, the upcoming The Forever Purge is one of the year’s most anticipated genre experiences, as rumors have claimed it was expected to be the final installment in the series that kicked off in 2013. In a preview of upcoming 2021 films, USA Today released a new look at the unsettling sequel, while also offering a hint at the setting of the film, which claims that it takes place after the annual “Purge” has officially been abolished. Check out the new look at The Forever Purge below before it hits theaters on July 2nd.

USA Today details of the new film, “After the annual Purge is abolished, a group of masked outlaw Purgers in Texas refuse to give up the fight in director Everardo Gout’s fifth and final movie in the dystopian horror franchise.”

In addition to teasing the setting of the film, this blurb also seemingly confirms that this will be the end of The Purge series, at least on the big screen.

The first entry into the franchise put audiences right into the middle of the action, depicting a world in which the government sanctioned an annual 12-hour period where all violent crimes were legal, with the concept being that if society could “purge” their violent tendencies once a year without repercussion, it would be better for the country as a whole. Over the course of four films, audiences saw society cope with the unsettling ritual, including the government response when they found themselves at risk, as well as earning a prequel to demonstrate how the disturbing event could ever be established.

The anticipation for the new film has resulted in the cast, crew, and studios keeping a tight lid on its plot, with fans having to rely on anecdotal descriptions of the adventure.

Total Film previously shared of the narrative, “The movie will take place after the events of Election Year and will center on Adela (Ana de la Reguera) and Juan (Tenoch Huerta), who find solace at a Texan ranch, having fled a drug cartel in Mexico. Things go awry when a group of outsiders decides to keep purging beyond the allotted time when people can break any and all laws.”

Stay tuned for details on The Forever Purge before it hits theaters on July 2nd.

Does this image have you excited for the new film? Let us know in the comments below or contact Patrick Cavanaugh directly on Twitter to talk all things Star Wars and horror!