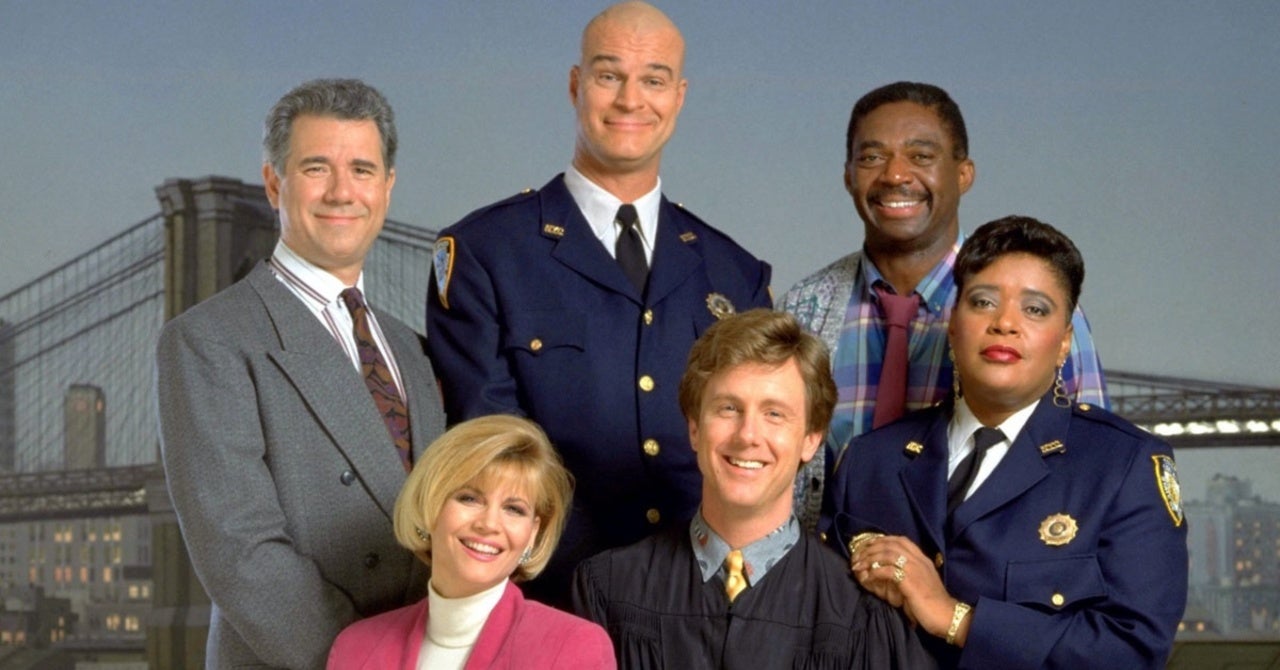 Back in December it was reported that a Night Court revival/sequel series was in development at NBC and now the potential show just took a big step forward. The Hollywood Reporter brings word that the network has given a formal pilot order to the show which has the Emmy-winning star of the original series John Larroquette attached to return. He’ll be joined in the series by former The Big Bang Theory star Melissa Rauch. Larroquette will also produce the series while Rauch will executive produce through her After January banner. Dan Rubin (Unbreakable Kimmy Schmidt) will executive produce and write the new series.

According to the outlet the idea for the follow-up series came from Rauch herself who has an overall deal with Warner Bros. Television, production company of the original series. In a statement she added: “My intention was purely to be behind the camera on this project, but my plans quickly changed after falling in love with the incredible script from the brilliant mind of Dan Rubin. I couldn’t be more thrilled to join forces with Dan, the immense talent that is John Larroquette, and the two powerhouse institutions of comedy that are NBC and Warner Bros. to bring Night Court back to television.”

The new series will focus on the daughter of Judge Harry Stone, who fans will remember as the star of the original series played by the late Harry Anderson, who passed away in 2018. An official description of the show states that it will center on an unapologetic optimist Abby Stone (played by Rauch) who is the daughter of the late Harry Stone and follows in her father’s footsteps, presiding over the night shift in a Manhattan arraignment court. She will try to bring some sense of order to the various personalities that enter her courtroom and those who work there, which includes former night court prosecutor Dan Fielding.

Night Court is the latest in a series of high-profile revival projects, ranging from The CW’s Kung Fu and Dynasty to recent reinventions of MacGyver, Hawaii Five-O, Murphy Brown, and upcoming revivals of Frasier and LA Law, the latter of which will be produced by Arrow and DC’s Legends of Tomorrow showrunner Marc Guggenheim.

Aside from Larroquette, there is no word on which members of the original cast will return to the Manhattan court. Other actors who appeared on the 1984-1992 series included Richard Moll, Markie Post, Charles Robinson, and Marsha Warfield.