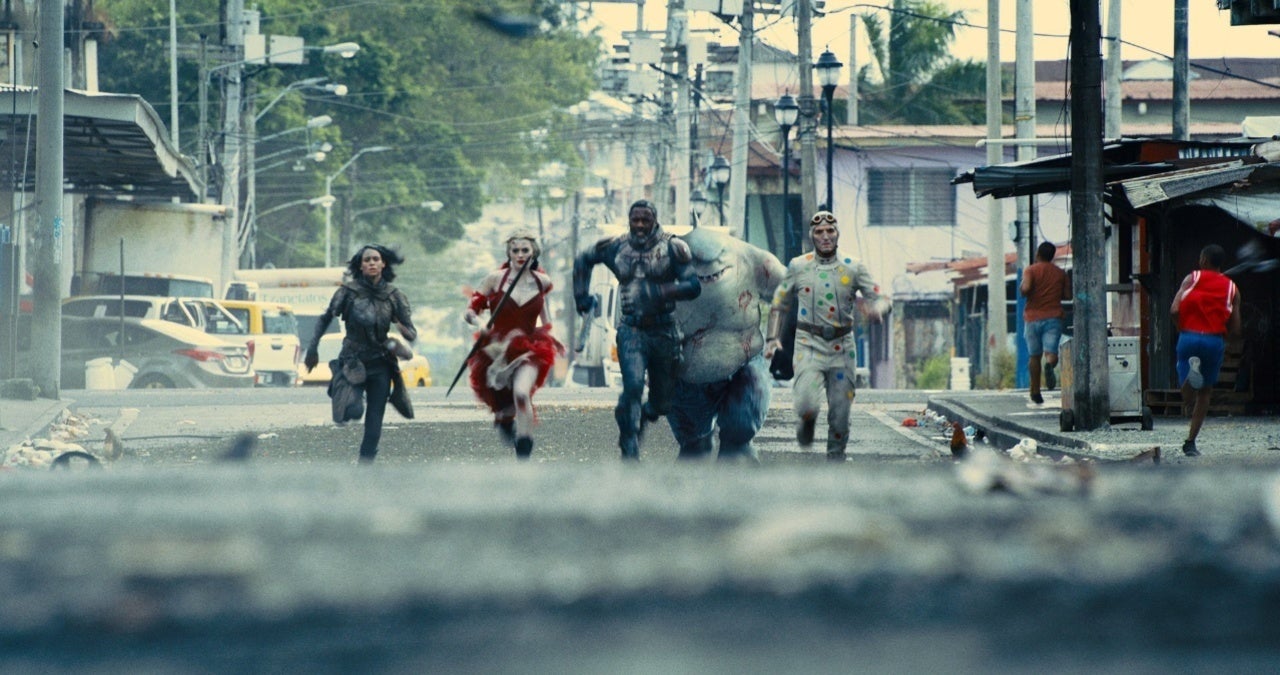 After most of last year’s blockbusters were delayed due to the COVID-19 pandemic, this summer is lining up to be a major one for the movie industry, with a number of highly-anticipated titles hitting theaters, VOD, or a combination of the two. Among those is The Suicide Squad, James Gunn‘s eclectic take on the DC Comics group of villains and antiheroes. Fans looking forward to The Suicide Squad have already been treated to a trailer, multiple posters, and a behind-the-scenes sizzle reel surrounding the saga’s cast — and now, a new official photo from the film is here to add to the fun. The photo, which comes courtesy of USA Today, shows Ratcatcher 2 (Daniela Melichor), Harley Quinn (Margot Robbie), Bloodsport (Idris Elba), King Shark (Steve Agee, with a voice from Sylvester Stallone), and Polka-Dot Man (David Dastmalchian) literally running into action on a street.

In The Suicide Squad, welcome to hell — a.k.a. Bell Reve, the prison with the highest mortality rate in the US of A. Where the worst Super-Villains are kept and where they will do anything to get out — even join the super-secret, super-shady Task Force X. Today’s do-or-die assignment? Assemble a collection of cons, including Bloodsport, Peacemaker, Captain Boomerang, Ratcatcher 2, Savant, King Shark, Blackguard, Javelin, and everyone’s favorite pyscho, Harley Quinn. Then arm them heavily and drop them (literally) on the remote, enemy-infused island of Corto Maltese.

“You want to go to work with people who jump out of bed every day and want to go to work,” Cena said in a previous interview. “[Gunn] is the epitome of that. He cares so much about what he’s doing and I think especially when he’s put in a position to write, develop, and do this by his rules essentially. He chose the franchise. He kind of dictated his terms and now he’s really betting on himself and I hope everybody enjoys seeing it as much as we’re enjoying making it because it’s awesome.”

What do you think of the newest photo from The Suicide Squad? Share your thoughts with us in the comments below!

The Suicide Squad is set to be released both in theaters and on HBO Max on August 6th.