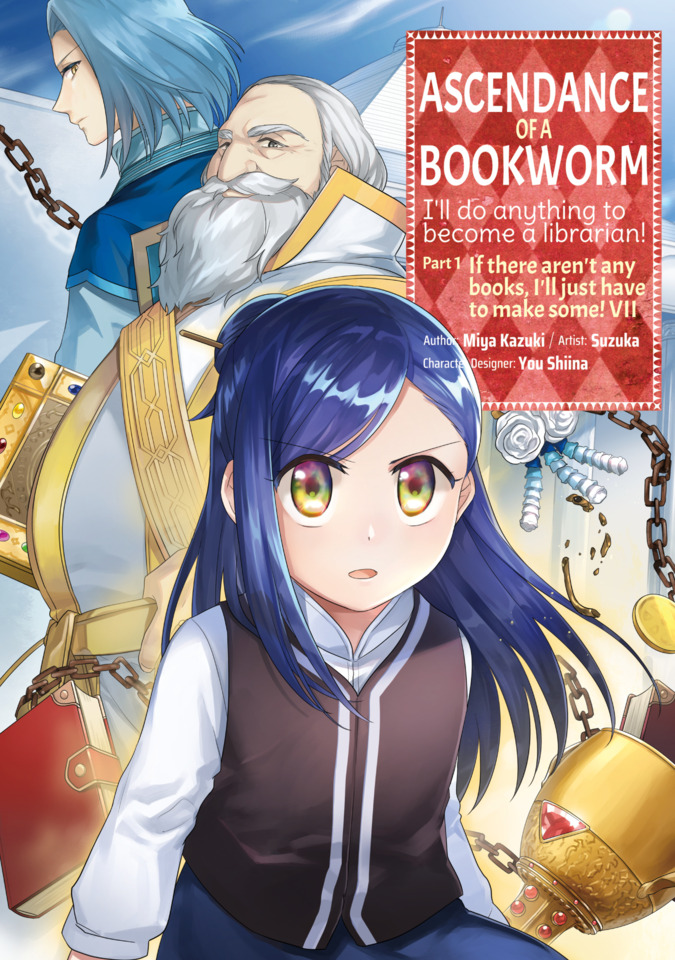 Myne narrowly escapes death thanks to a magic tool, only to be told that she has just one year left to live at most. She decides to spend her remaining time with her family, concluding that she would rather die with them than sign her life away to a noble. Meanwhile, Lutz fights back against his parents, steeling his resolve to become a merchant no matter what. Together, they plan to continue making paper up until their baptism ceremony, but they are soon called over by Freida to talk about the Devouring. This is a biblio-fantasy by bookworms, for bookworms! Part 1 concludes with this volume.