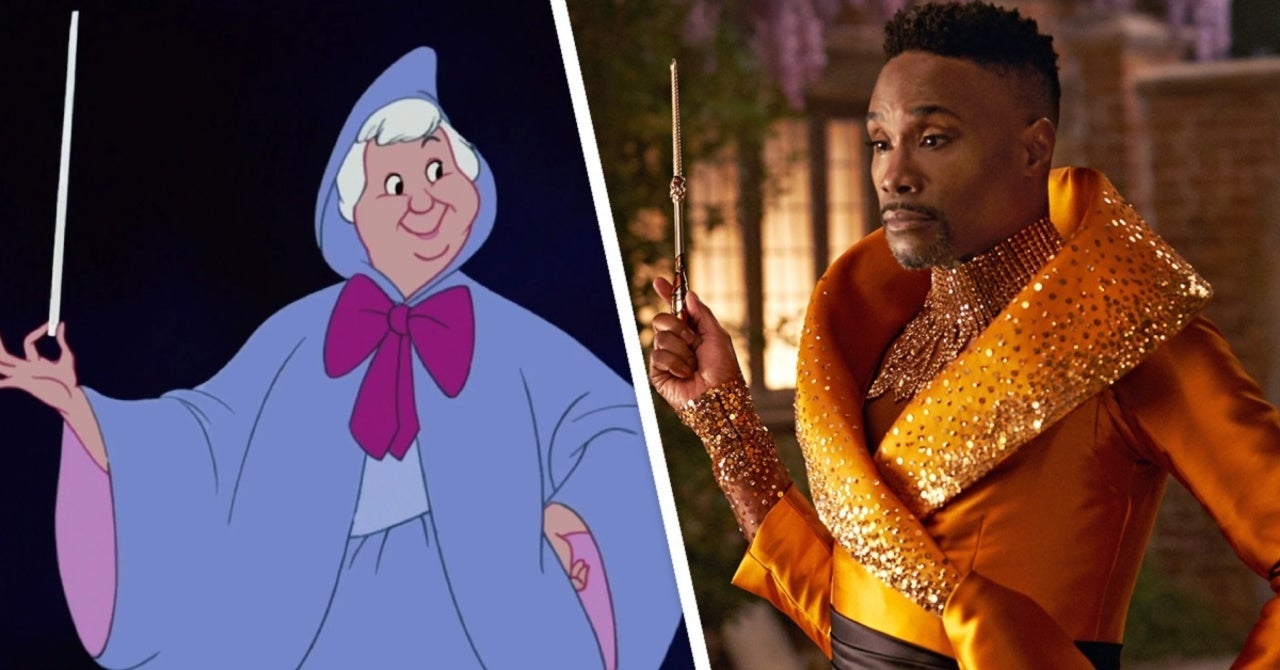 The myth of Cinderella has been told in countless different ways over the years, with the iconic princess and her supporting cast of characters being fodder for some unique storytelling. Later this year, audiences will be treated to an entirely new iteration in the form of Kay Cannon’s Cinderella, a musical interpretation of the story that was recently confirmed to be making its debut on Amazon Prime instead of in theaters. The film boasts an all-star ensemble cast, including Billy Porter, who will be portraying a new take on the Fairy Godmother dubbed the “Fab G”. Just days after unveiling the first teaser photos for the project, Sony and Amazon have showcased a look at Porter in character, which you can check out below.

According to Entertainment Weekly, Cannon specifically crafted the role for Porter, with the actor continuing to help shape the character, particularly from the angle of shedding gender stereotypes.

“Billy articulated the idea [that] magic has no gender,” Cannon explained.

And while Cannon couldn’t confirm the musical number that Porter sings in the film, she hinted that he could very well become a fan favorite.

“I think it’s only like 12 minutes that he’s onscreen,” Cannon revealed, “[but] he’ll be your favorite part.”

“He fits the role so well. He’s so ridiculously talented,” Cannon added. “To me, Billy is magic.”

Cinderella is a musically driven bold new take on the traditional story you grew up with. Our heroine (Cabello) is an ambitious young woman, whose dreams are bigger than the world will allow, but with the help of her Fab G (Billy Porter), she is able to persevere and make her dreams come true.

“Cinderella is a classic we all know and love, but this time with a modern unique twist and starring the sensational Camila Cabello and an all-star cast,” Amazon Studios head Jennifer Salke said in a statement. “Producer James Corden and the filmmaking team have taken this beloved fairytale and revamped it with a fresh, empowering perspective that will resonate with audiences and families around the world. We couldn’t be more excited for our global customers to sing and dance along to director Kay Cannon’s reimagination of this classic story.”

Written for the screen and directed by Kay Cannon with covers of songs written by some of the top-selling musical artists of all time, Cinderella has an all-star cast that includes Idina Menzel, Minnie Driver, Nicholas Galitzine, Maddie Baillio, and Charlotte Spencer, with Billy Porter and Pierce Brosnan. Producers are Leo Pearlman, James Corden, Jonathan Kadin, and Shannon McIntosh, and executive producers are Louise Rosner and Josephine Rose.

Cinderella is the latest film to find a home exclusively on Amazon Prime, with Borat: Subsequent Moviefilm, Coming 2 America, and Tom Clancy’s Without Remorse being recent additions to the streaming service’s catalog.

What do you think of the first look at Billy Porter in Amazon Prime’s Cinderella? Share your thoughts with us in the comments below!

Cinderella is expected to be released in September of this year exclusively on Amazon Prime.