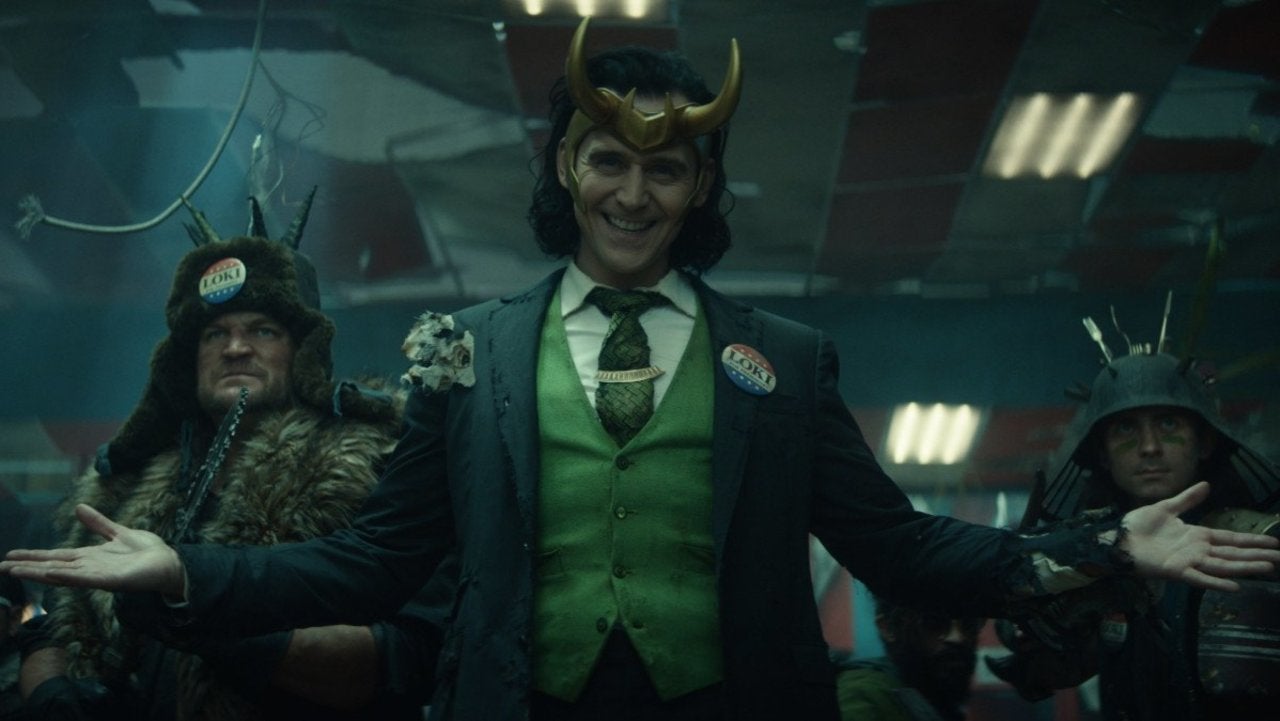 Marvel fans can expect to see many different sides of Tom Hiddleston’s Loki in the upcoming Marvel Studios series on Disney+. Some new merchandise offers new looks at a couple of those sides, including Loki with political aspirations. The new images come from product listings for life-sized Loki standees listed on Mamegyorai. One shows Loki as he appears while working for the Time Variance Authority. The other shows the god of mischief in his “Vote Loki” look, horns on while wearing a suit with a prominent campaign button pinned to it. You can take a look at both images included below.

Here’s the description from the product pages (run through Google translate): “Loki disappeared with a four-dimensional cube in Avengers: Endgame. Where did he go … It was ‘my home.’

“Featured drama Loki to be delivered on Disney + on June 9th. Loki, played by Tom Hiddleston, has been added to the ‘Stand Up Panel’ series developed by Advanced Graphics! A stand-up used for promotion of movies and events both in Japan and overseas. It’s a simple panel that is printed in about life size, so it’s a reasonable price as a type that can be used in the interior! Why don’t you make a room in a space where you can spend time with Loki?”

“Where, when, how? How skilled is [Loki] at using the Tesseract to get to places? It is, after all, the Space Stone. So I suppose, to quote Hawkeye, doors open on both sides. You can open a door into space, anywhere, anytime,” Hiddleston told Empire Magazine. “The trailer shows a face-to-face with the Time Variance Authority. The TVA. An organization that governs the order of time. Pretty big institution. Substantial responsibility to make sure that time unfolds according to pre-determined lines. So you have an institution that represents order, and a character that represents chaos. Therein begins the drama.”

With Hiddleston in the title role, Loki stars Owen Wilson as Time Variance Authority agent Mobius M. Mobius, Gugu Mbatha-Raw as Ravonna Lexus Renslayer, and Wunmi Mosaku as Hunter B-15. The design also plays into the time travel shenanigans at the heart of the streaming show. The series follows the Loki from the alternate timeline created by the Avengers’ Infinity Stones heist in Avengers: Endgame, who used the Tesseract to escape custody. Michael Waldron developed Loki for DIsney+ and is the show’s head writer. Kate Herron directs the first season.