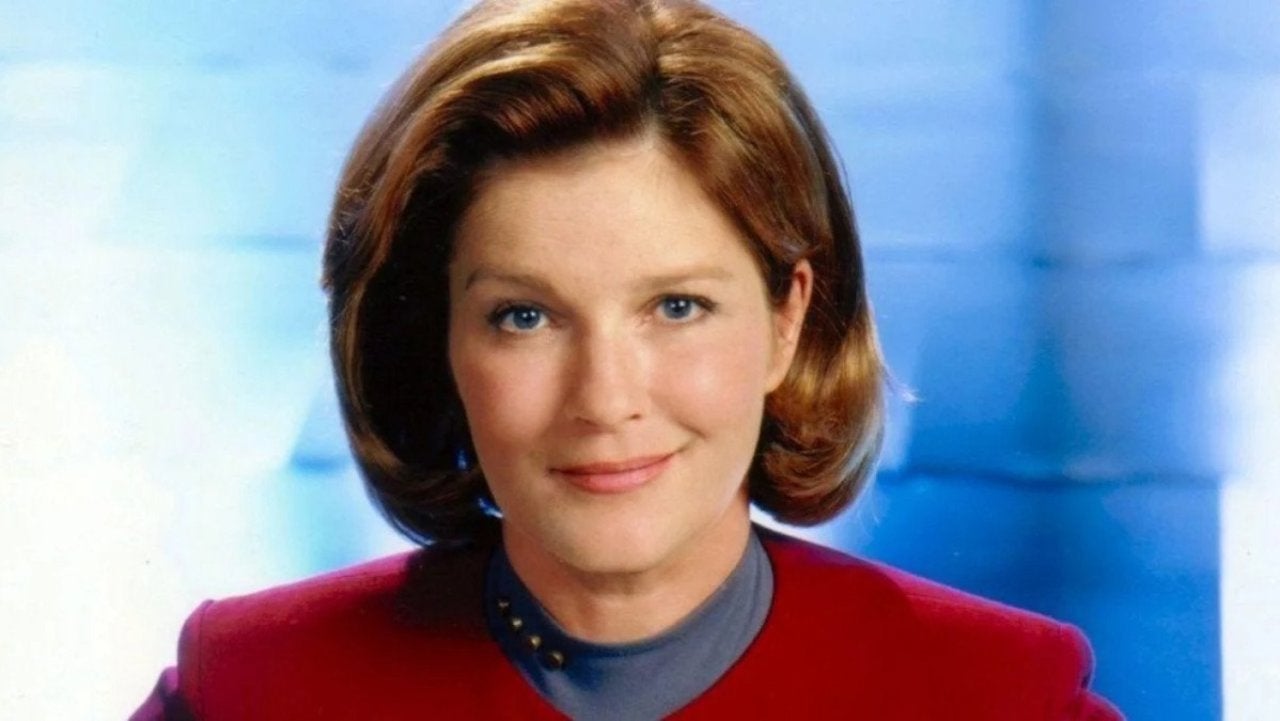 Kate Mulgrew returns as Captain Kathryn Janeway, of a sort, in Star Trek: Prodigy. During an interview with Dennis Miller on the comedian’s podcast, Mulgrew revealed how Janeway is reintroduced to the Star Trek universe in Star Trek: Prodigy. But during the interview, Mulgrew also looked backward, reflecting on what she learned from seven seasons of playing a Starfleet captain on Star Trek: Voyager. The first thing she had to learn after landing the role was what a big deal Star Trek really was, especially at the peak of its popularity during the franchise’s 1990s golden age.

After reflecting on what Gene Roddenberry captured that has made Star Trek so enduring, Mulgrew admitted, “I hadn’t the first clue when I got [the role]. I hadn’t the first clue. And I never would have gotten the part had I known about it, the size of it or the dimension of it. But I didn’t. I said, ‘What is it? What is that?’ I understood science fiction as if from afar. It’s not my thing. And then I was told, ‘Well, you’re an idiot, because this thing is vast and very, very important in the culture.’ But I didn’t know that when I went in for the audition, and I think it was that ignorance that stood me in good stead. I laughed with Janeway whom I created as a female captain. I laughed and I winked in the room and she was saucy, she was sassy, she was warm, she was worried, she was vulnerable, I think even a little funny. So it won the day.”

Mulgrew got the part of Janeway. From there, she reflects on how the role changed her life personally over the years she was in it.

“For Captain Janeway and sitting in the captain’s seat as the first female to helm a starship, it changed my life,” she says. “It utterly changed my life. And Rick Berman, who was then the carrier of the franchise, told me that it would, and I laughed and thought, ‘Oh, yeah, they all say it’s going to change your life. It changes the moment.’ This changed the fabric of my life. The very substance of it, in fact. It’s huge, huge.

“It was quite a chapter. You called it a tenure earlier, and that’s exactly what it was. It was seven years in a very unique foxhole. And I made lifelong friendships in that foxhole. I learned a lot of things about myself, some of them not so admirable, but most of them actually quite good. I learned how to stand up for eighteen hours a day and to remind myself that excellence was of the moment and had to be exercised at every turn. I think I learned a kind of extraordinary discipline during those years. I was raising two little children by myself, and those days and weeks were very long, those weeks were very long, and I just said to myself, ‘The only thing you could possibly do to make this right with your children is to knock it out of the park as best you possibly can.’ And I think for young women in science I may have done that a little bit. A little, little bit. And that alone was gratifying.”