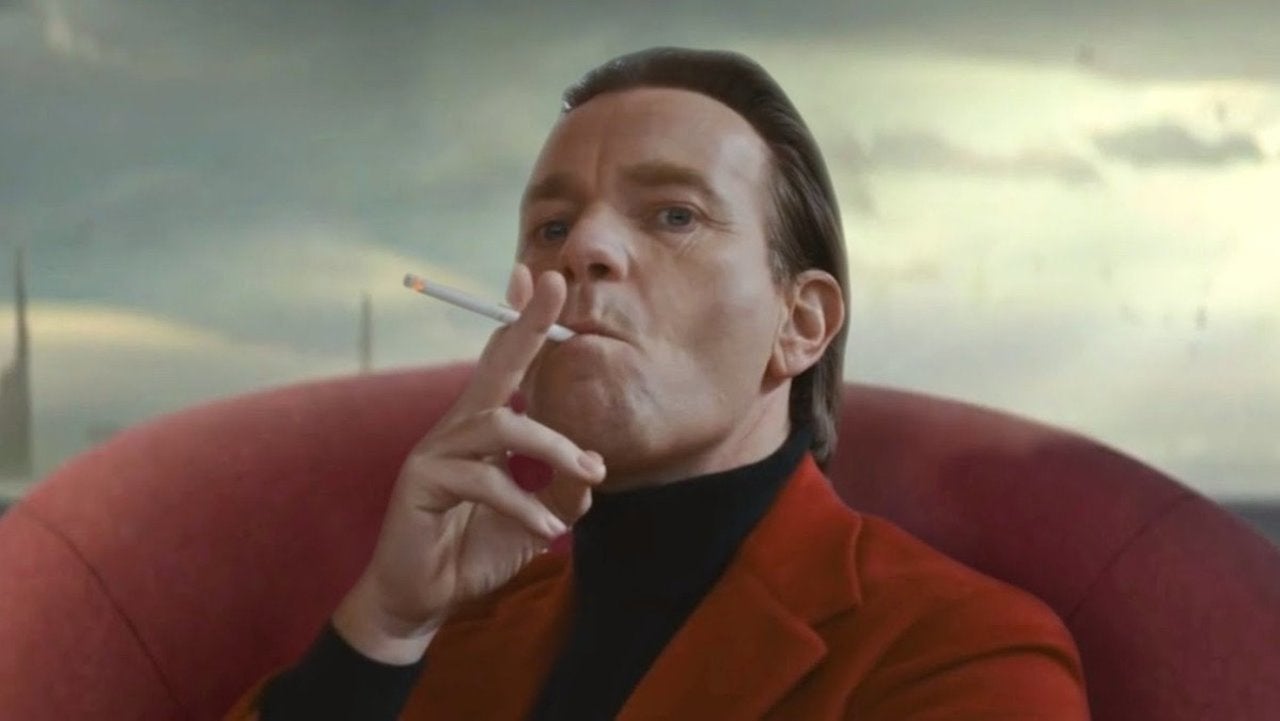 Ewan McGregor will return as Jedi in exile Obi-Wan Kenobi in the upcoming Disney+ series. Halston, his latest streaming television endeavor, is a controversial biography of the famous fashion designer Roy Halston Frowick. A fan going by Janobot on YouTube decided to bring the two together. They took the scene from Star Wars: Revenge of the Sith where the Jedi reluctantly grant Anakin Skywalker a seat on the Jedi Council (though not the rank of Jedi Master) and replace Obi-Wan with McGregor’s Halston, delivering a vitriolic and not safe for work interruption to the proceedings. You can watch the video for yourself embedded below, though you may want to put your headphones on first.

McGregor is reprising his role as Obi-Wan Kenobi for the upcoming Disney+ streaming series, set 10 years after Star Wars: Revenge of the Sith. Hayden Christensen also returns to play Darth Vader. There are hints that Obi-Wan’s former master, Qui-Gon Jinn (played by Liam Neeson in The Phantom Menace), could appear as a Force ghost in the show.

It’s also possible that a Luke Skywalker will appear in the series. McGregor teased in a recent interview that “That’s very possible,” before claiming, “I don’t know.” He did confirm to The Hollywood Reporter that he’ll have reason to light up Obi-Wan’s lightsaber, saying, “For months, we’ve been doing these monster, two-and-a-half-hour sessions of sword fights and hand-to-hand stuff.”

McGregor also told Jimmy Kimmel that he might have a new look in the show and filmed a special scene on Star Wars Day. “It was good. It feels great,” McGregor said of getting back into the costume of Obi-Wan. “I have to say I’m having a really good time. The costume is probably slightly different than you might expect. To go back into the role, shall we say, is great. It’s all still layered, it feels good. There are great scripts, and great people to work with. It’s great. I’m having a good time.”

Obi-Wan Kenobi is now in production and will stream on Disney+. If you haven’t signed up for Disney+ yet, you can try it out here.

Marvel celebrates Miracleman’s 40th anniversary with special one-shot this October
PREVIEW: An escape plan comes together in THE COLLECTOR: UNIT 731 #3
Comic creators Joshua Williamson and Andrei Bressan reunite to embark on a DARK RIDE
The Maid I Hired Recently Is Mysterious to Air From July 23!
Small Press Spotlight: Yungblud and Z2 Comics team up again for Yungblud Presents Twisted Tales of the Ritalin Club 3: The Funeral