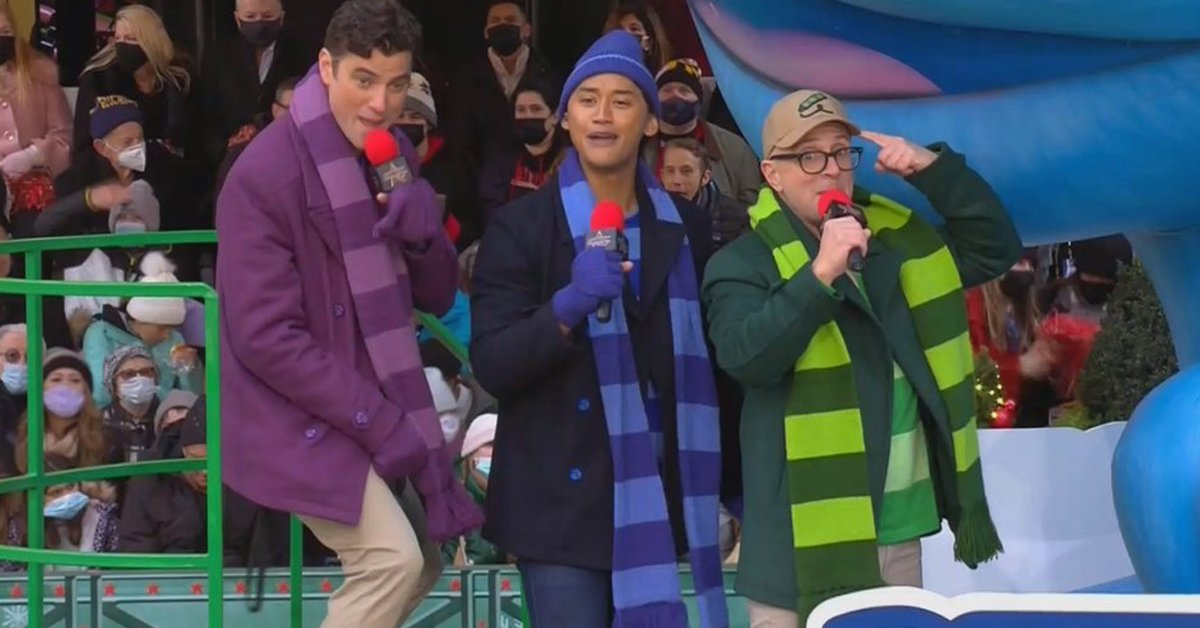 Blue’s Clues may not drum up headlines most days, but the beloved children’s show shook up its reputation today. After all, the Nick Jr. staple appeared at the Macy’s Thanksgiving Day Parade this morning to hype its 25th anniversary. This would be cute no matter what, but the show’s float is ready to send social media into a tizzy thanks to a special surprise. The holiday float featured all three hosts from Blue’s Clues, and they sang a song that still has us emotional.

The whole thing began this morning when Blue’s Clues joined the lineup of parade floats moving down New York City this morning. NBC covered the event firsthand with news anchors and cameras on the ground. So when the parade float stepped in front of Macy’s flagship store, Blue’s Clues fans lost it when Steve, Joe, and Kevin appeared.

The three went on to perform a song that breaks the fourth wall as usual. Of course, it was filled with emotions as Blue’s Clues fans watched Steve and Joe sing to fans like old times. The pair were joined by Kevin, the show’s current host, and fans couldn’t help but fall for the show all over again. And as you can imagine, a lot of netizens teared up while listening to the emotional number and seeing their childhood friends back on the screen once again.

Did this Blue’s Clues float get to you? Which era of the children’s show did you grow up with…? Share your thoughts with us in the comments section below or hit me up on Twitter @MeganPetersCB.

I sleep: Tom, Tobey and Andrew reuniting as Spiders-men in No Way Home

I may not care for turkey day, but you gotta admit it is fun seeing the parade

It’s All of Us

me yesterday: i wish people would remember i’m an adult.

The Rocketeer: Fate of the Future Review – A Thrilling Game of Risk and Tactics With a Cinematic Flair
Returnal DLC Potentially Teased by Housemarque
The Witcher 4 Hinted at by CD Projekt Red
The Walking Dead: “Pretty Much Dead Already” Turns 10
ComicBook.com’s 2021 Holiday Gift Guide for Pokemon