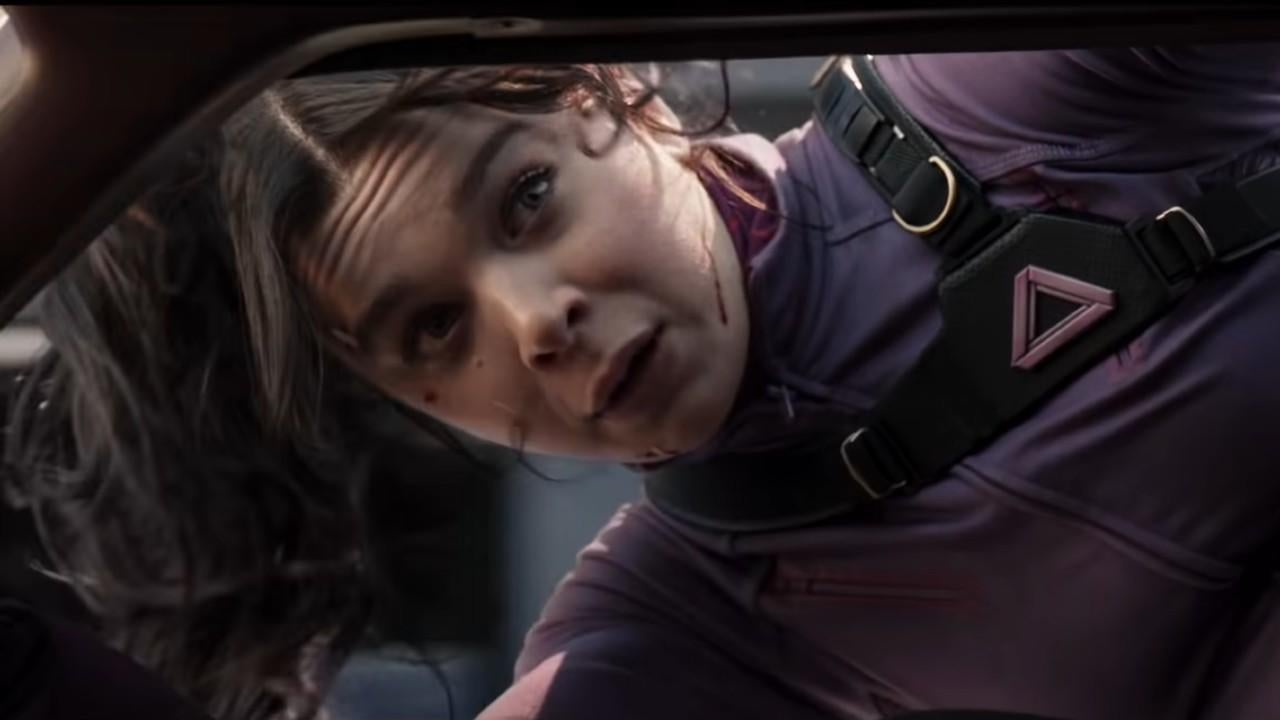 It’s no secret that the Marvel Cinematic Universe adores its Easter eggs. Each movie and TV show made by Marvel Studios is packed with references and nods hidden by creative teams as a way to provide fun moments for fans and pay homage to the people that inspired them. The new Hawkeye series is no different, and there’s an Easter egg at the very beginning of the premiere that not only contains a link to a past MCU character, but also acts as a clever nod to the career of series star and MCU newcomer Hailee Steinfeld.

The opening scene of Hawkeye takes place back in 2012, during the Battle of New York. After the opening credits, the very first scene in the present MCU shows Kate sneaking around her college campus at night, trying to win a bit and ring the school’s famous bell by shooting it with an arrow. When the credits end, the establishing shot of the school shows that the building Kate is climbing is called Stane Tower, named after Obidiah Stane.

As you probably recall, Obidiah Stane was the first villain of the MCU. He ran Stark Industries with Tony and secretly sold weapons to terrorists without Tony’s knowledge. On the surface, this reference to Stane my feel pretty simple and even a little out of place. Many noticed it and probably wrote it off as nothing more than a nice nod to a previous Marvel character. However, it actually goes a little deeper than that.

This scene is Hailee Steinfeld’s first in the MCU. Of all the characters whose names could’ve been on that building, Marvel chose to name it after a villain, and chose to place it here with Kate Bishop. It all starts falling into place when you remember who played Obidiah Stane.

Beloved actor and Oscar-winner Jeff Bridges portrayed Stane in Iron Man, all the way back in 2008. Two years later, Steinfeld would make her big screen debut with a starring turn in the Coen Brothers’ acclaimed remake of True Grit. Who was Steinfeld’s co-star in her very first movie?

You guessed it, Jeff Bridges.

Anyone’s name could have been on that building and it would’ve been a nice MCU callback, but by referencing Obidiah Stane, Hawkeye also managed to connect Steinfeld’s first movie with her first scene in the Marvel universe.

The first two episodes of Hawkeye are now streaming on Disney+