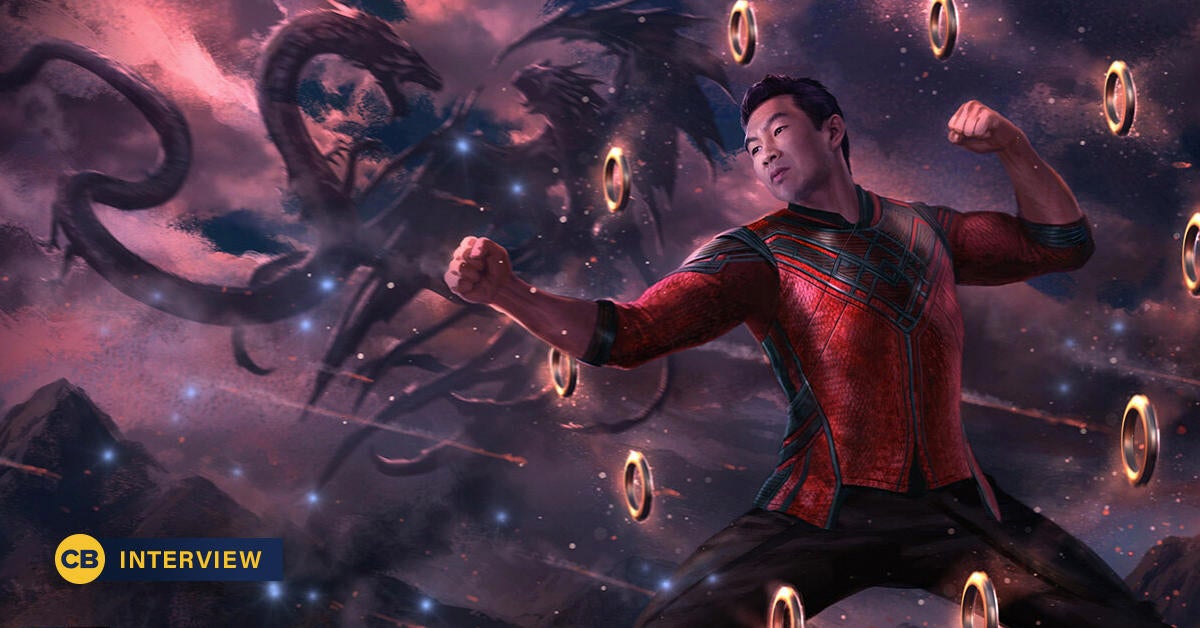 Andy Park has had a presence at Marvel Studios since the earliest days of the Marvel Cinematic Universe. The comic artist now helps oversee Marvel Studios’ in-house visual development branch, a department that turns out countless renderings and pieces of concept art for every film and television show the Burbank-based outfit produces. Park oversaw the team responsible for coming up with the look and feel with Shang-Chi and the Legend of the Ten Rings, Marvel’s first property to feature an Asian character in a lead role.

We recently spoke with the artist about working on the flick, and you can see our full chat with Park below.

ComicBook.com: I know like with Guardians, you’ve previously said that you started visual development art before James Gunn was even attached. When did you start working on Shang-Chi? Years ago?

Andy Park: No, I don’t remember a time working on it before Destin was signed on it. Actually, there was but it wasn’t a lot. I did just before pre-production started, I did a couple, or me and the team, the Visdev team did a couple pieces just as a proof of concept. Just high-level ideas of “What is this movie? What is the scope of this movie?” Yeah, we did some. I don’t even know if I can mention exactly what we painted because it’s early, early ideas where they were still trying to figure what the movie was about.

This is very different than most of our other films because there’s problematic stuff from the source material early on. There’s a lot of great stuff, but there’s a lot of stuff where it’s like, “Okay, we don’t have to be as beholden to the source material as a lot of our other properties.” In that sense, it’s a good and bad thing. It’s good because it gives you a lot of freedom to kind of create your own story, your own even power sets and all that kind of stuff. Bad, or not bad, but difficult because of that much freedom. It’s kind of like, dang, it could be anything.

Speaking of freedom, he gets a brand new costume that’s never seen before. How many iterations of costumes do you typically go through before you settle on the final one? Who makes that decision? Is it Destin that makes the final decision? Is it the costume designer? Is it more really collaborative? Is there a vote held Survivor-style?

I know, that’s the bulk of my job, right? My team was designing the costumes and the look of the character, so I spent months and months on the Shang-Chi costume and because we didn’t have the story solidified, I did everything from, of course first looking at the comic books. Even shirtless versions. I explored tattooing on the body or what are the power sets or knowing early on that he’s probably going to be wearing the 10 rings. That the 10 rings were going to be more like the Hung Gar training martial art rings rather than the traditional comic book rings.

Then exploring everything from very ancient, more historic Chinese cultural costumes to knowing that he’s going to be living in the west so very much more urban western costumes that even you and I can wear.

I did a lot of exploration and then as the months and months passed, the story starts getting more and more solidified and that’s where we start honing in okay, this makes sense here and there. That was such a long process. As far as who decides on that, it’s always the director along with the leadership of Marvel, mainly like Kevin Feige. That’s usually, but then everyone else can have a say and opinions and all that kind of stuff, but it comes down to essentially those two. Yeah, it was a long process.

Shang-Chi’s been in the comics forever yet the movie might be one of Marvel Studios’ most original things, right? It’s a completely open sandbox, but it uses characters like Dweller-in-Darkness—who was at one point a Dr. Strange villain and he had a robotic body. Did you ever play around with any of that stuff or did you just say, “You know what? We’re going to take that name because it is established Marvel IP and go wild with it.” Was there ever any of that Dr. Strange connective tissue?

No. I think when we were working on those characters, for the Dweller-in-Darkness as well as those Soul Suckers. We didn’t exactly know what they were. It was just kind of it wasn’t necessarily based on any particular thing in the comic. It was an open exploration. These are what these creatures, from another dimension, what their purpose is. There wasn’t necessarily any particular we’re taking this exactly from the comic versus most of the stuff that we do it’s starting there.

We knew there was going to be a Razor Fist. There’s going to be a Death Dealer. You can kind of start there and look at their comic visuals and usually because they’re made in whatever, the sixties or seventies, the sensibilities are very different from now. Usually I think it was, was it Death Dealer or Razor Fist? I think he almost had this like Borat swimsuit-looking thing, so we kind of have to extrapolate what can we take from there, modernize it for today’s audience, for the MCU. I think for that particular creature, it was kind of open, there wasn’t necessarily this is what we’re basing it off of.

Right. You do mention that Razor Fist costume. Did anyone on the team ever actually make a painting or a composite of that costume?

You mean based fully on the mankini or whatever you want to call it? There are certain things that we kind of know, “Yeah, it’s not going to fly.” I’ve been here for 11 and a half years and there’s been a lot of costumes where like, “Okay, we’re not going to do that,” but then you never know because early on when I first designed, I was doing designs for Wanda Maximoff on Age of Ultron. I think Joss Weldon was the one who told Elizabeth Olsen that she was never going to wear that. He said that to reassure her. Don’t worry, you’re never going to have to wear that. We never did that costume, but full circle years later WandaVision and she got to wear the full comic accurate look. You never know.

Marvel Studios’ Shang-Chi and the Legend of the Ten Rings is now available on Disney+ and all major digital platforms. The film will arrive on 4K Ultra HD, Blu-ray, and DVD on November 30th.

What’d you think of Shang-Chi’s film debut? Let us know your thoughts either in the comments section or by hitting our writer @AdamBarnhardt up on Twitter to chat all things MCU!