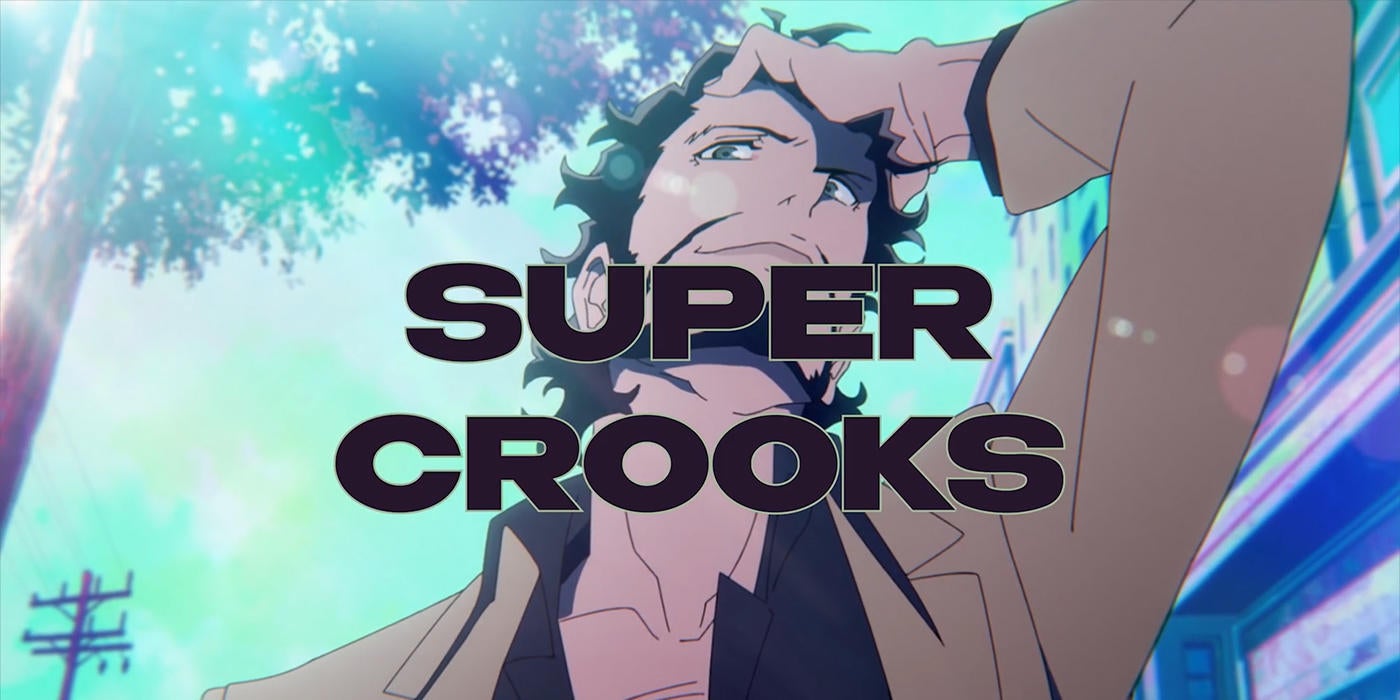 Netflix is doubling down on anime these days, and that means more content is coming for the fanbase. After debuting its live-action take on Cowboy Bebop last week, the holiday is here to ring in another premiere. At last, Super Crooks is streaming, and fans can watch the entire anime right now.

For those who aren’t familiar with Super Crooks, let’s give you a little breakdown. The series first began as a comic by writer Mark Millar and artists Leinil Francis Yu, Sunny Gho, and Gerry Alanguilan. Published in 2012, the comic ran for four issues, and it tells the story of Johnny Lightning.

The story goes that Johnny is a bigwig supervillain who can never catch a break. With superheroes on his tail, Johnny finds himself jailed for five years after a botched job. When he comes out of prison, Johnny is at a loss, but he decides to target a villain in his next heist. The ambitious goal would give Johnny all the money he’d ever need, and he assembles a group of rag-tag baddies to help him out. But of course, even the best-laid plans never go as expected.

Now, Super Crooks has brought its action-packed tale to Netflix, and Millar’s team gave it an anime makeover to boot. This adaptation even expands the original comic with new story details crafted by Millar himself, so readers will not want to miss this show. So if you haven’t added Super Crooks to your queue, you better do so soon!

Do you have any plans to binge this new Netflix anime? Have you ever checked out Millar’s original Super Crooks comic? Share your thoughts with us in the comments section below or hit me up on Twitter @MeganPetersCB.