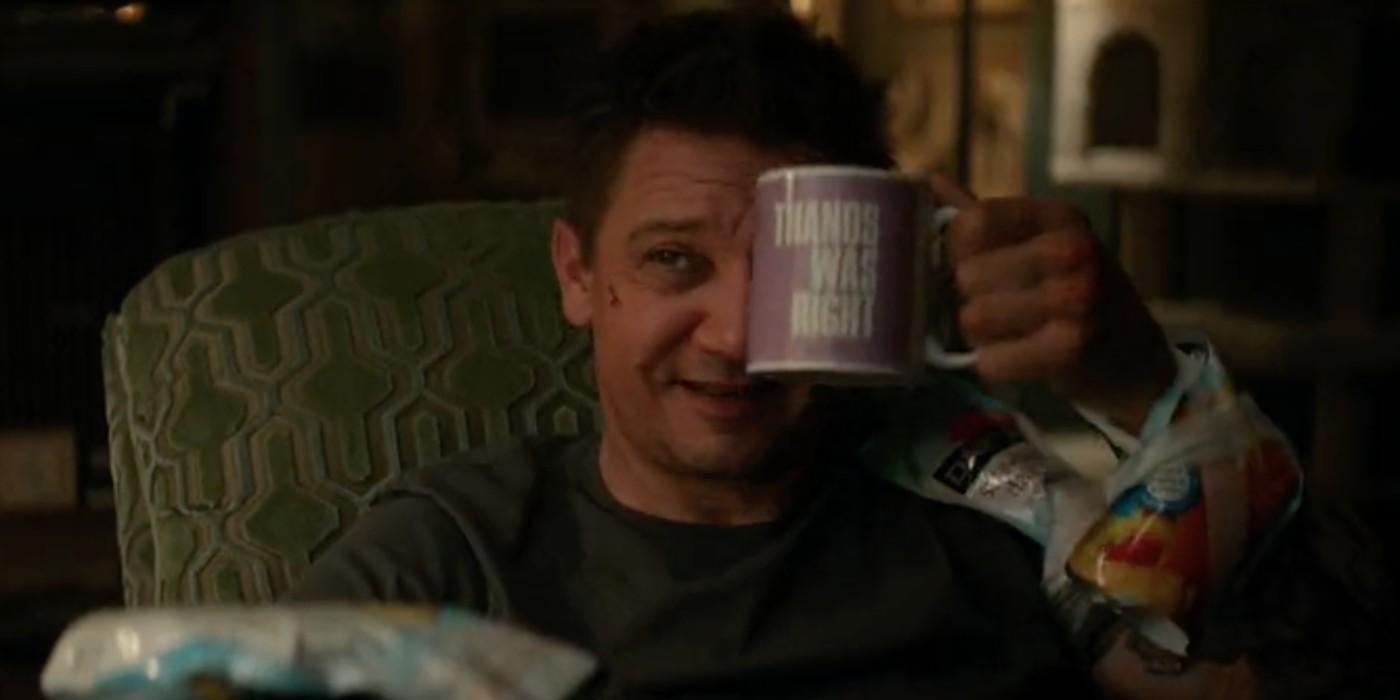 In a new video produced to promote the debut of Hawkeye, series stars Jeremy Renner and Hailee Steinfeld joined Buzzfeed to take a Marvel trivia quiz and…well, they did OK. Not quite as well as you might imagine considering that fully a quarter of the questions actually centered on scenes in which Renner appeared, but the actor actually seemed pretty surprised that he scored as well as he did, so let’s give the two of them a hand. The pair, who spend more time trying to get the “Hi, I’m Jeremy Renner, and I play Hawkeye” introduction right than they spend on any given question, seem to be having a blast together.

The quiz is only eight questions long, and mostly pretty easy stuff. And Renner knows right away that he won’t be able to nail the perfect score Marvel superfans will, joking after the first question that it’s probably the only one he will get right.

You can see it below.

The two have been doing press rounds together, which gives fans a chance to see how they play off each other. A solid decision, since so much of the Hawkeye series is going to come down to how well their onscreen chemistry plays, with the show itself being a kind of superhero-holiday-buddy comedy. In the clip above, Renner gives off a distinct “eh, whatever” vibe, while Steinfeld walks the edge of being frustrated by him or ready to burst out laughing. That’s pretty much the energy you want if you’re adapting material from the beloved Matt Fraction/David Aja run on Hawkeye, which serves as much of the series’ basis.

Hawkeye is set in post-blip New York City where Clint Barton aka Hawkeye has a seemingly simple mission: get back to his family for Christmas. But when a threat from his past shows up, Hawkeye reluctantly teams up with 22-year-old skilled archer Kate Bishop to unravel a criminal conspiracy. The series stars Jeremy Renner, Hailee Steinfeld, Vera Farmiga, Fra Fee, Tony Dalton, and newcomer Alaqua Cox. Episodes are directed by executive producer Rhys Thomas and directing duo Bert & Bertie; executive producer Jonathan Igla is head writer.

You can see the first two episodes of Hawkeye now on Disney+.