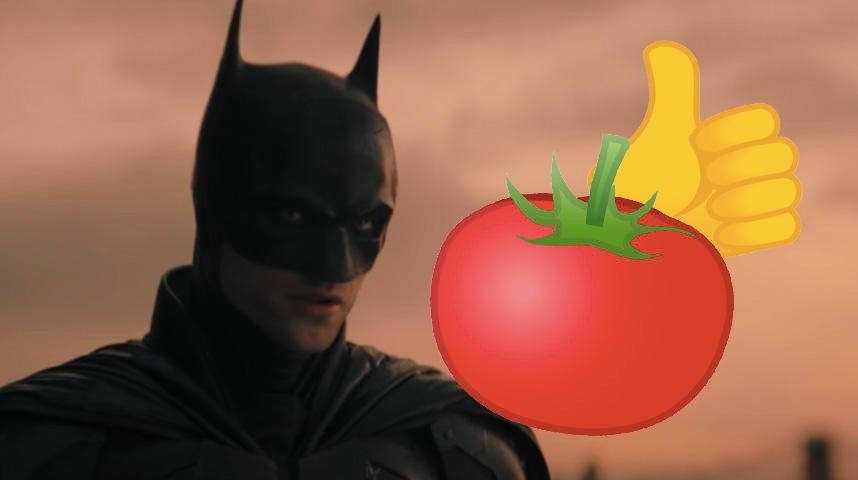 The Batman turned the Rotten Tomatoes Certified Fresh logo into the Batsignal for their latest teaser. On Twitter, fans noticed the change and thought it was pretty clever. At the time of writing, the critic score is 86% on the Tomatometer while the Audience Score is at 89%. This weekend saw a ton off people turn out for Robert Pattinson’s take on the character. Domestic box office totals for the DC Comics movie stretched all the way to $134 million. That lofty number was higher than the $128 million projections that analysts had placed on the gritty thriller.

Even more impressive is the fact that The Batman managed to snare $258 million worldwide in just the first weekend alone. That puts Matt Reeves’ movie well on the way to $1 billion globally. It would be an impressive feat to achieve the second biggest success in the pandemic era after Spider-Man: No Way Home. Check out the post down below.

Did you see the signal? #TheBatman, NOW PLAYING, only in theaters. pic.twitter.com/HpbhTPlss2

In a conversation with Variety, Pattinson talked about Reeves’ ideas about what Batman could be facing in the next chapter.

Pattinson said, “We’ve kind of had conversations about it since. But, I mean, he spent five years from conception to completion of this. He’s very, very, very, one-track-minded – well, one-project-minded, I guess. And so I think until this comes out, I doubt he’s thought about the next steps yet. Or maybe he has and he hasn’t told me.”

Reeves would also tell The Independent that he’s excited to see whatever form the story takes next. “I really believe in what we’ve done and I’d be excited to tell more stories… We are already telling other stories in the streaming space, we’re doing stuff on HBO Max, we’re doing a Penguin show with Colin [Farrell], which is gonna be super cool,” Reeves explained. “And we’re working on some other stuff, too, but we have started talking about another movie.”

Warner Bros. describes the wild ride through Gotham as: “An edgy, action-packed thriller that depicts Batman in his early years, struggling to balance rage with righteousness as he investigates a disturbing mystery that has terrorized Gotham. Robert Pattinson delivers a raw, intense portrayal of Batman as a disillusioned, desperate vigilante awakened by the realization that the anger consuming him makes him no better than the ruthless serial killer he’s hunting.”

Do you think The Batman will hit $500 million this week? Let us know in the comments down below!